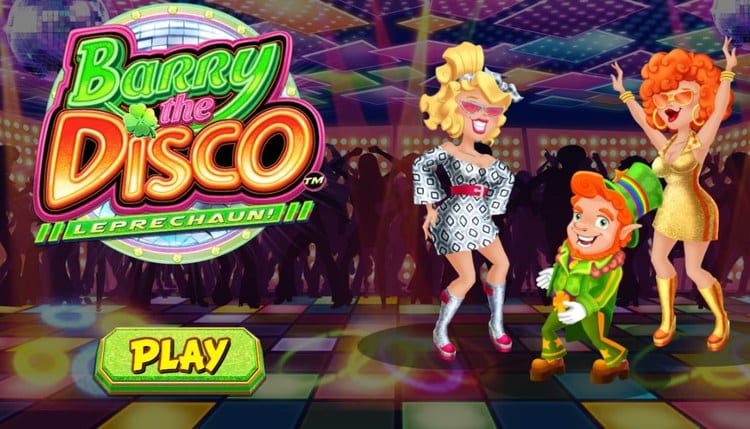 About the Barry the Disco Leprechaun Casino Slot

You’ve probably come across one or two Irish-themed UK casino slot machines in your gaming lifetimes, but we can bet you’ve never come across one this funky before! Barry the Disco Leprechaun from developer Leander Games is an incredibly fun take on somewhat of a saturated theme, a 5 reel by 30 payline slot that comes with a gigantic 96% RTP percentage.

This high variance slot plays a lot like some of the fruity’s on offer from Leander Games, although one could argue that this one is a lot brighter than most juicy slots you come across. Be sure to check out the rest of the review to learn more about Barry the Disco Leprechaun.

UK developer Leander Games just so happens to be one of our favourite online slot games developers, a name responsible for countless online slot experiences like Barry the Disco Leprechaun. In the past 6 months as of this writing, Leander Games has released 6 slot games, all have cracked the top ten across various reputable casino sites, now that’s impressive!

Leander is constantly working around the clock to bring punters exactly what they want out of their online slot experiences — they are always cooking up new ideas in terms of features which is always going to keep us hooked! Here are some of our favourites to keep the good times rolling: 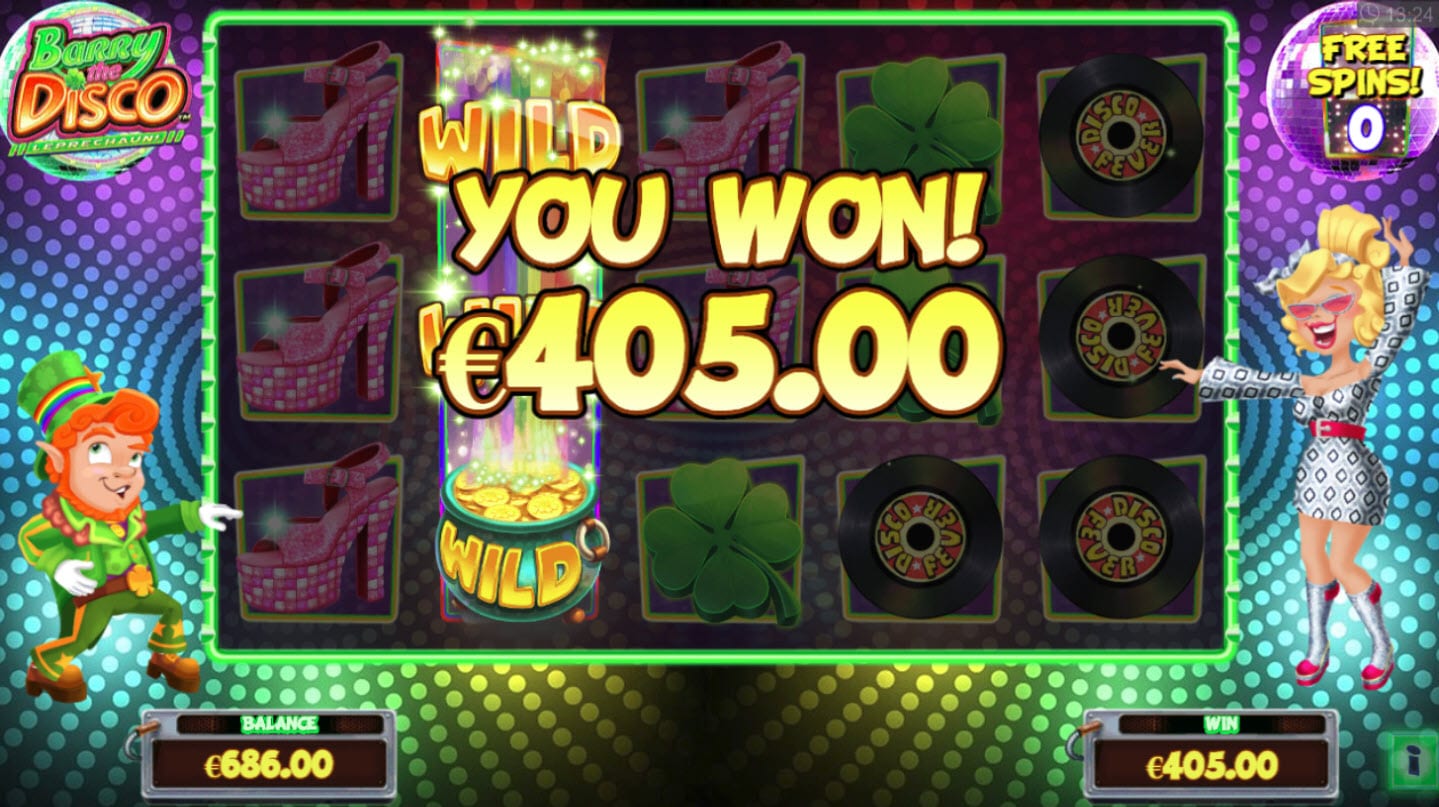 About the Barry the Disco Leprechaun Casino Game/Bonus Features

What is there to say about Barry the Disco Leprechaun that isn’t covered in the name alone? We can tell you that this is a high variance slot machine, meaning you are set to make bank on your bets when you spin this slot — couple that with the 96% RTP percentage and you’ve got the recipe for a good time and then some!

We get a very strong 80’s vibe from this slot, so much so that we started growing an afro and wearing platform shoes. Everything you see on the reels is washed in a neon-like paint, making for one of the most detailed experiences around. All symbols offer something different here depending on what you’re matching — be sure to look out for leprechauns to earn big money!

If you’ve played any slot in the past from Leander Games then you should already have a pretty good idea on what to expect here. Wilds are the most common of all bonuses here, matching them will cause most of what you see to be substituted. Scatters will enter the fray when matching wilds, match those and you’ll grab yourself some pretty groovy free spins as a result. 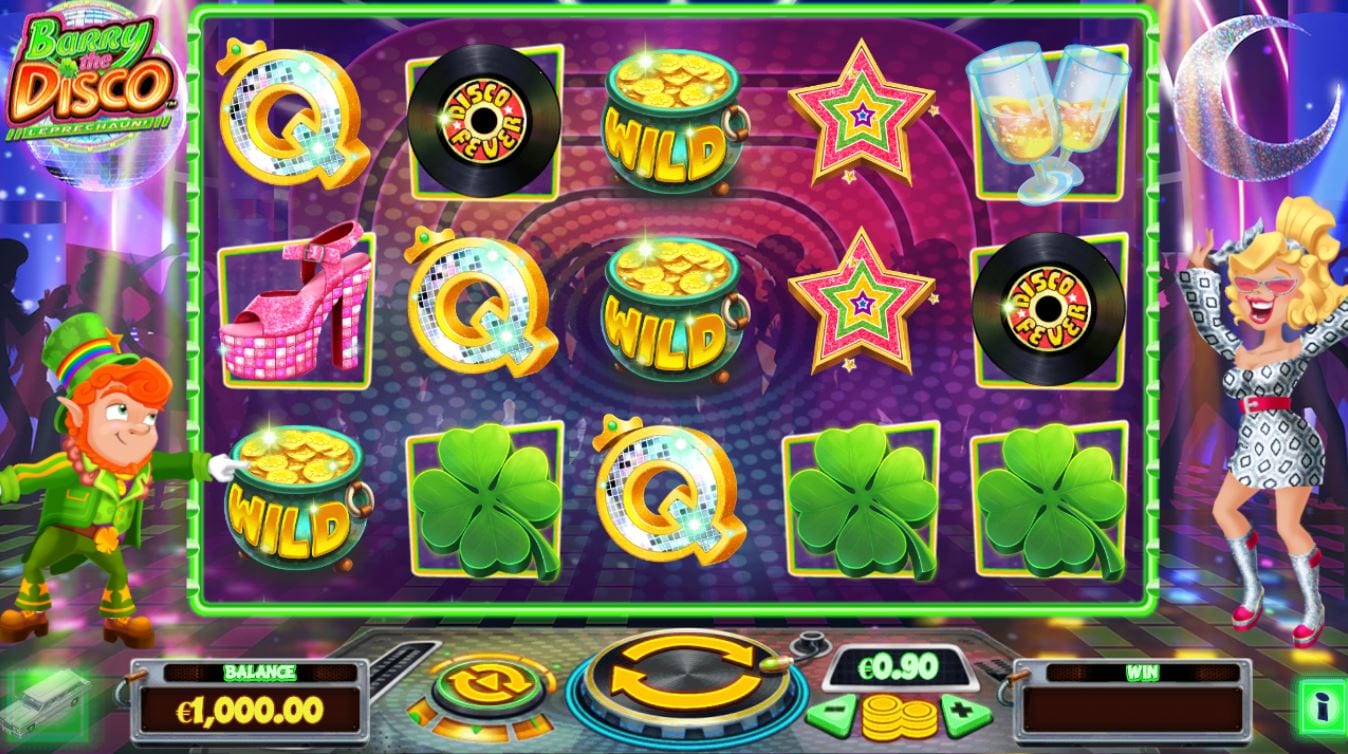 The Verdict on the Barry the Disco Leprechaun UK Slot

Barry the Disco Leprechaun is an incredibly refreshing online slot machine to say the very least — it balances a very thin line of simple and fun! Leander Games has done a bang-up job in making one of the brightest and best casino slots we’ve played in a while too — playing this slot will make you want to go out dancing, be warned.