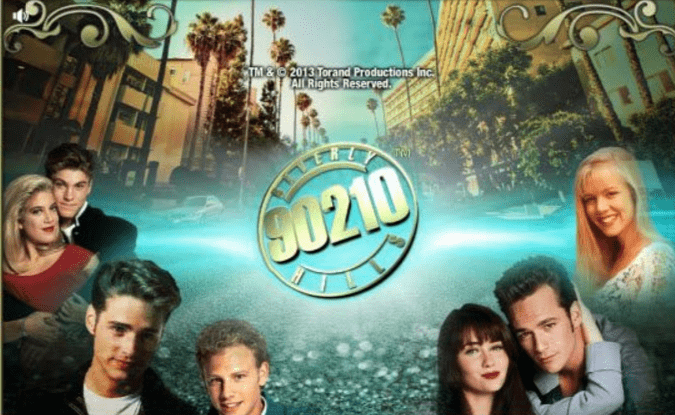 This hugely popular online UK slots game revisits the 1990 classic hit series Beverly Hills 90210 that was rebooted in 2008. Whatever your age you will be able to identify with one of the series and soak up the rays in Orange County while you play this exciting and commercial 5 reel.

You can also enjoy the TV soundtrack playing while you spin and virtual animations of your favourite characters.

This game was designed and developed by iSoftBet, an online and mobile casino slots games supplier, providing fun and profits to some of the world’s largest and most-successful e-gaming casinos.

They are famous for always being always aware of what their clients are looking for. Being certified in vast areas, including Spain, Italy, Portugal, Belgium and the UK, they are a highly skilled bunch of individuals that always match strict protocols and challenges. Games like Beverly Hills 90210 are a second tier for this company, but still with a high level of rewards, interaction and bonuses when you play at Wizard slots.

We’ve all heard of the American tv series called Beverly Hills 90210 produced by Spelling Television, as it became famous being a series that follows a group of friends living in Beverly Hills, California, from their school days into adulthood. This show was such a success that it aired for over ten years in the US and worldwide

This online slots game is inspired by that specific show and it has been carefully crafted and put together by the record-breaker lads from iSoftBet studio. This game carries you on the sets of the show, as you’ll see lots of familiar faces from this soap-opera success series, as well as music and graphical elements that are strictly related to Beverly Hills 90201, so if you are a fan of this TV show, you are in for a real treat.

Focusing on gameplay, this 5 reels, 3 rows and 243 ways to win title comes with several unique features that can get you handsome prizes. To start, this title has three game modes, that can be randomly triggered at any time, depending on the online slots game’s algorithm.

After triggering this feature, you will have to choose between two sides, boys and girls and you’ll get specific features for each of them. Girls send the kisses making random symbols Wild and Boys may find oval on the reels, which makes the entire reel Wild, well, in both cases you are the one in advantage with this one. 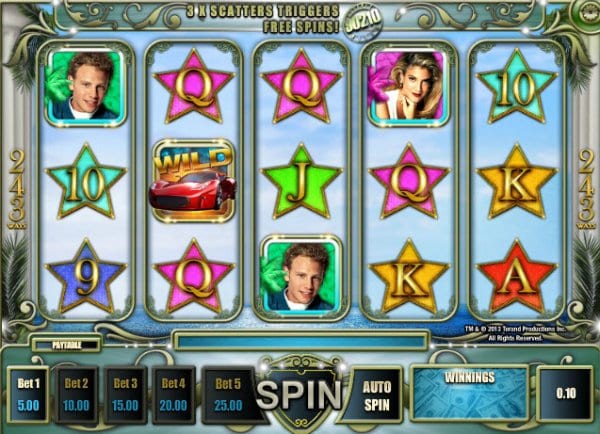 An enjoyable experience is what we had playing this one, and apart from that, we managed to win a lot, starting with 100 credits and ending the game with a whooping 348 credits after hitting 3 scatters in one turn.

If you know when to stop, this online slots game can bring you a whooping amount of handsome prizes, all fitted under the mastercraft of the lads at iSoftBet.