This is the go to game for those of you out there looking for a cheesy kind of super hero type to come and save the day, or at least, make yours a whole lot more exciting.

With the Captain Payback slot, you can find a comedy filled animated style and an entertaining game play set across 50 pay lines, and look out for the wilds, free spins and impressive jackpot as you spin to win and help Captain Payback get the bad guys.

While the online slots gaming industry has plenty of superhero slots to keep you entertained, this is one with a difference as it does not have the regular comic book style of super heroes to it but more the light hearted kind which has been based on the comic book style rather than having been outright imitated and so it has a more creative feel to it than some other games out there.

High 5 Games are no strangers to making dynamic games that break out of the norm, so you will be spoilt for choice if you are looking for a more unique slot game to play.

Games by this developer are themed with a retro feel to them, but they boast a jam packed portfolio of slot game titles like Diamonds by Da Vinci, Thundering Buffalo, Lucky Stripe and Way Out Wilds.

The developers at High 5 Games make casino games for casinos themselves on land, online casinos and they even develop games for social media. 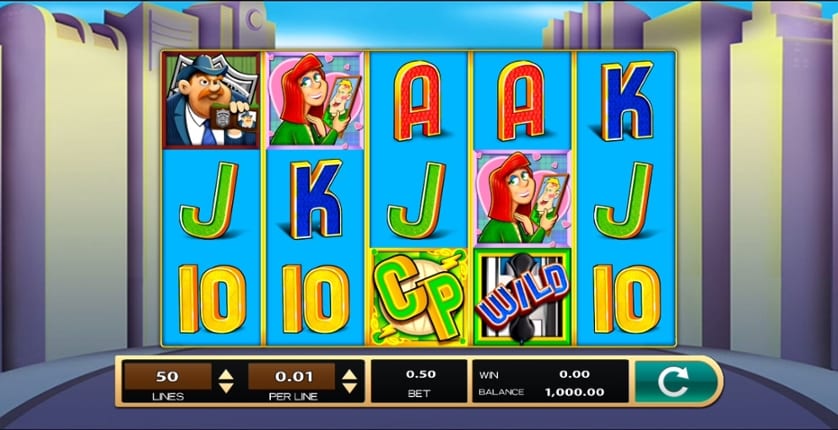 Other Great Games by High 5 Games 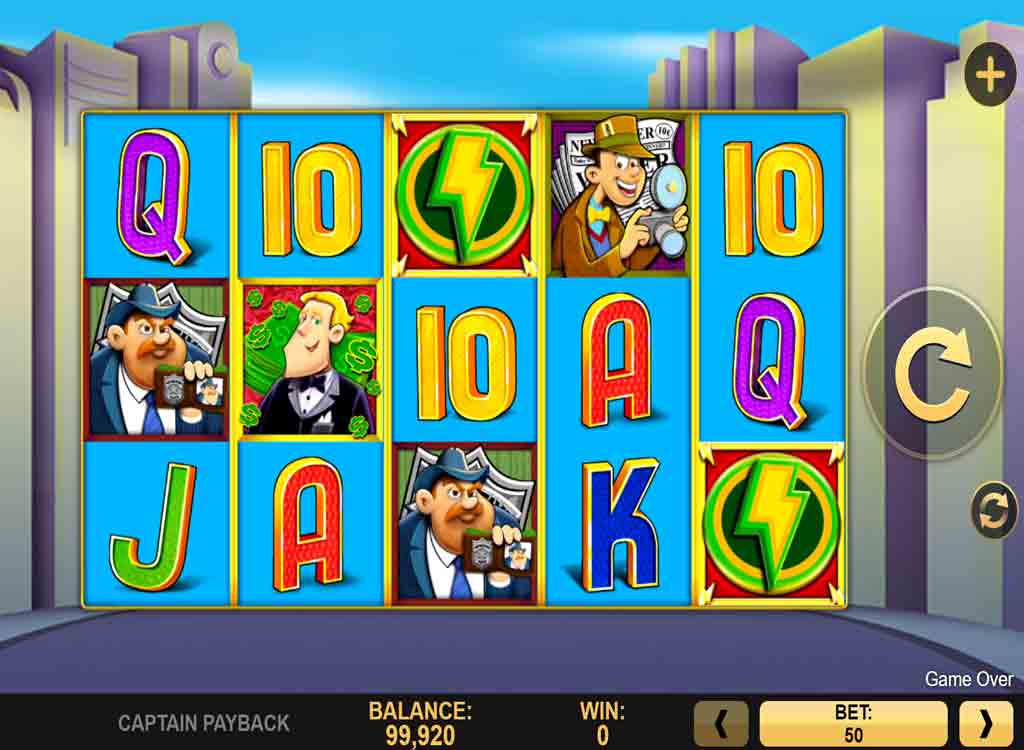 With this online slot game you can find the wild, which is pretty self explanatory but all in all this symbol will sub out for all of the other standard symbols that you can find on the reels and this will  get you a bigger and better winning combo as well as expand to cover the entire reel. This also helps cover more of the grid and give players a better chance to win.

The symbol you will really want to hit though is the key to bonus game (as in most top rated slot games) and this is the lightning bolt symbol. This will trigger the capture bonus when you land three of these on reels three four and five and when you do get this, you will automatically be awarded with five free games. You can not re-trigger this feature, but it is none the less fun and entertaining. 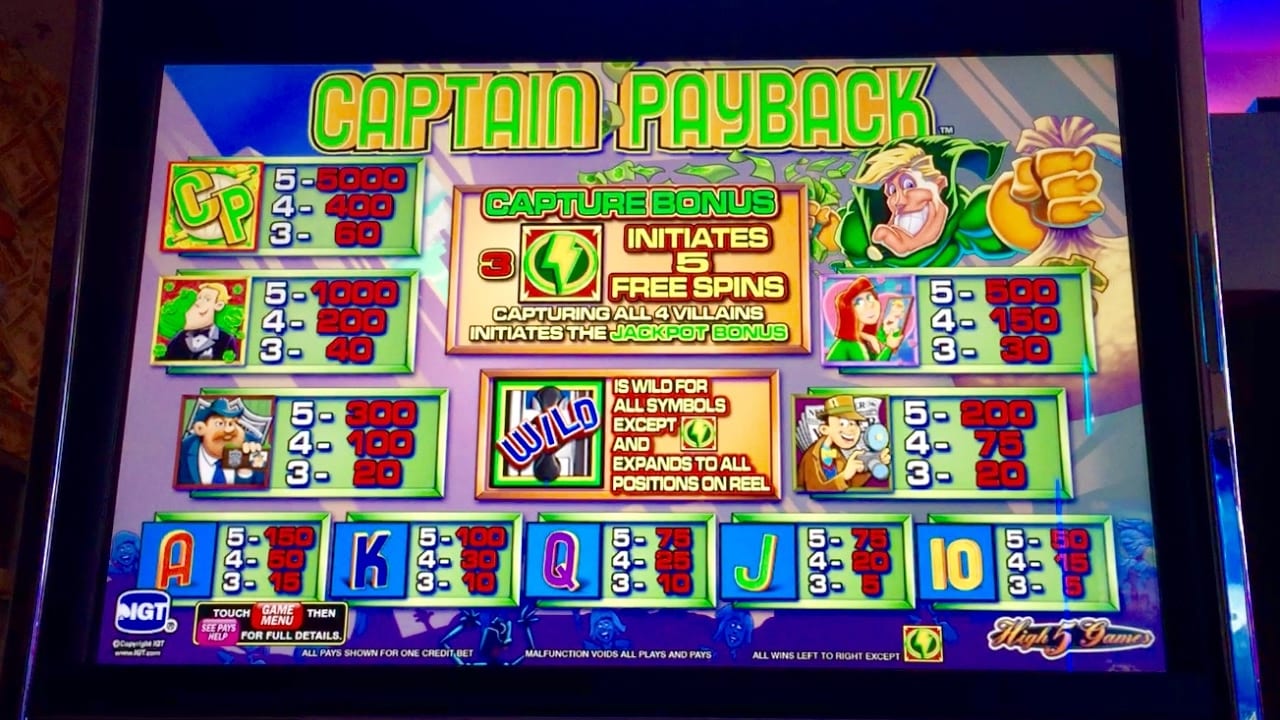 All in all, this is a really fun game that new players and the more seasoned among us can enjoy, with great bonus features and a fun gameplay that will keep you coming back for more and the bonus features also give you more chances to win so what more reason can you want to at least try Captain Payback? If you don’t fancy this game, why not try Fishing Frenzy slot instead though..