Cashzuma and the Tomb of Wonga 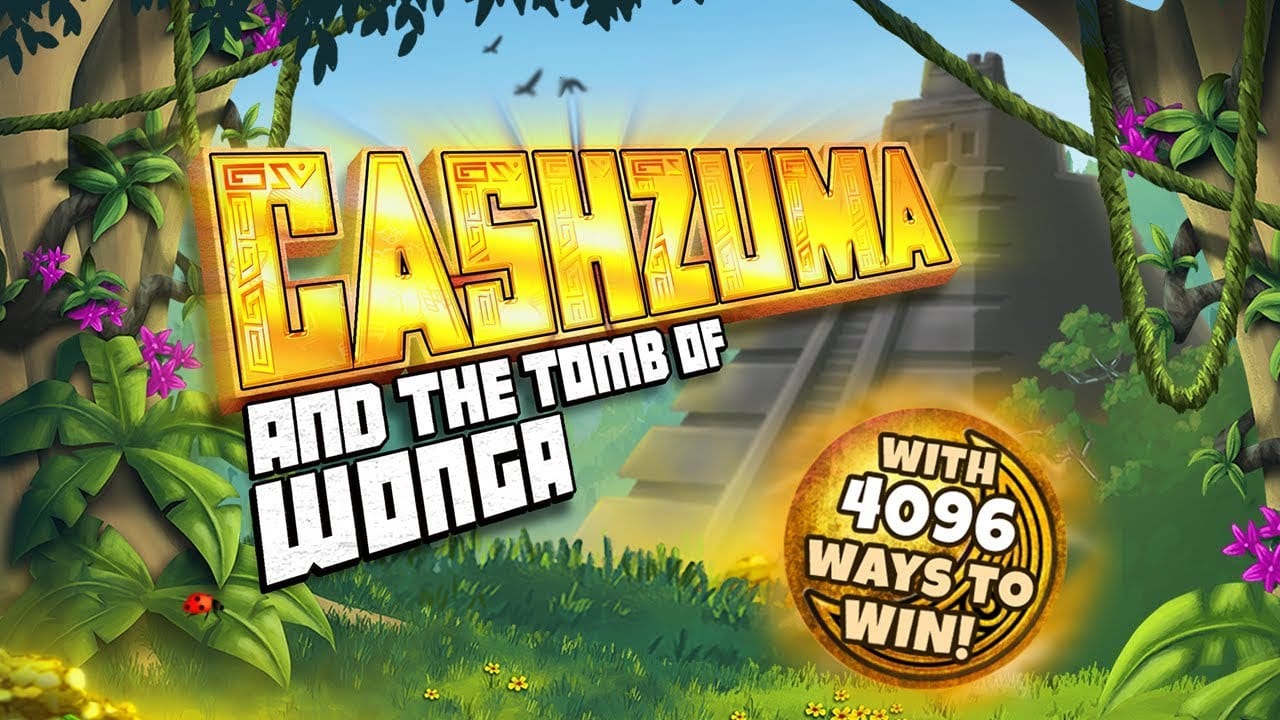 Cashzuma and the Tomb of Wonga - Introduction

Cashzuma And The Tomb Of Wonga by Core Gaming is a 6 reel 4096 ways to win online slots. Features in this slot include free spins, wilds, cascading reels, multipliers, and more. You could win a varying number of spins in 3 free spins rounds.

About the Cashzuma And The Tomb Of Wonga Casino Game

The action here takes place in the depths of the South American jungle. Players will get to explore temples in this slot games where they will go on a journey hunting for treasures. Winning combinations aren’t formed on normal paylines, you need to land them as matching symbols in adjacent rows. We can spot a temple rising above the treetops behind the transparent reels.

Symbols on the reels include jewels of different colours- green, red and blue, the chief as the high value symbols and card values J, Q, K, 9, 10 and A as the low value symbols. The purple symbol acts as the wild and can substitute all the other symbols to help form winning combinations except for gold bonus symbols.

The slot uses cascading reels where symbols that make up the winning combinations are replaced by others that fall in from the top. New combinations can end up being formed continuously and this continues until no more winning combos are formed.

- Multiplying Spirits – these award up to 20 free spins plus a multiplier that increases 1x higher every time a successful combo is made.

- Lunar Wild Eclipse – when the Lunar Wild symbol appears on the reels, 24 free spins are awarded. The wilds can stick on the 3rd and 4th reels when they land again. When at least 2 bonus symbols land in either of the 2 free spin modes, 15 extra spins will be awarded to keep the fun going. Find more online slots, here! 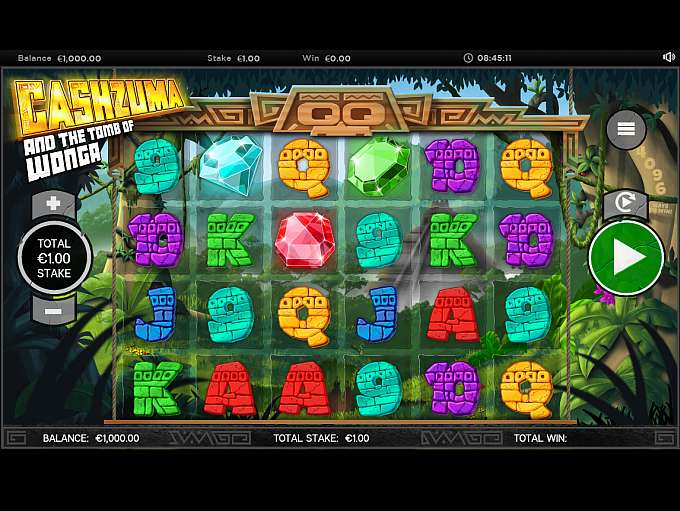 Core Gaming is a UK-based online slot games software company that was founded in 2007. The company has continuously grown strength the strength and risen to become a leading HTML5 developer.

The company is small in size, but they have released hundreds of high-quality mobile-optimised slots that cover various themes and innovative bonus gameplay features. Their constant pursuit for greatness has helped them reach even more players. Core Gaming has received recognition for their development talents in the form of e-gaming awards.

This has helped the studio be able to form crucial business deals with casino operators and also distribute slot games in the licensed online gambling scene. Core Gaming has been able to establish partnerships with the biggest and most notable names in the gambling business including Betfair, PaddyPower, Ladbrokes, etc.

Cashzuma And The Tomb Of Wonga by Core Gaming is a basic slot but has a lot of fun in store for players. You won’t experience 2 free spin modes, cascading reels, amazing gameplay, and high-quality graphics like this anywhere else.

If you enjoy the best slot games, play the Butterfly Staxx 2 slot!