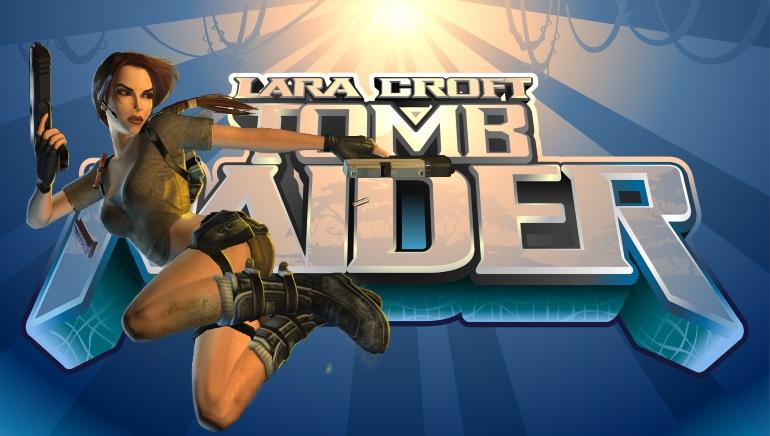 For many of us, Tomb Raider is a nostalgia trip into a distant past; in which we stumbled through shoddy PS1 graphics before eventually getting stuck half-way through this online slots uk game. For others, they remember Tomb Raider as a series of movies that featured Angelina Jolie, the beautiful actress who played Lara Croft.

However, it’s 2017, and graphics have improved, Wizard Slots brings you a fresh Tomb Raider online slot games where you must spin through bold letters, and deliberately reduced Tomb Raider graphics to seal your fortune and complete your quest on the ultimate nostalgia trip.

Microgaming - The Developer of Tomb Raider

The Tomb Raider online slot is brought to you by leading game developers, Microgaming. Microgaming have been here from the start, after their initial foundation in 1994 they have moved with the times and innovated and grown amid a constantly changing online gaming market.

Microgaming are responsible for bringing us some of the best games on the market that include Lara Croft: Temples and Tombs slot, Tarzan, Hot as Hades, and many more. You’ll recognise a Microgaming slot anywhere due the slick graphics and playful characters.

If you want to play more slots with hidden treasures inside of tombs, then we can offer you the following online slots: 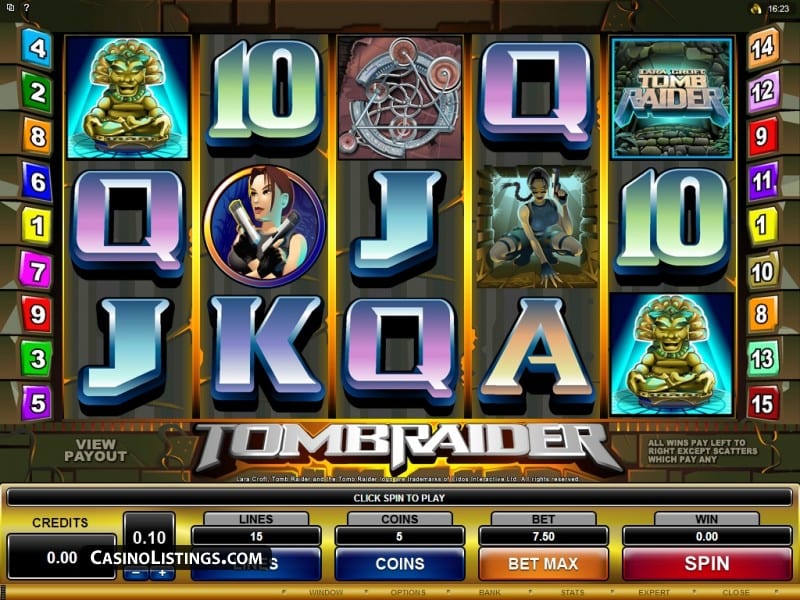 As far as video slots go Tomb Raider is up there with the best slot games. Join Lara Croft on a journey across the world into African temples, dense rainforests, and underground tombs to unearth ancient artefacts of fallen kings, pharaohs, and profits. The aim of this quest is to locate and achieve the greatest artefact of them al; free spins.

At some point Tomb Raider was always going to be immortalised into a slot game, so here we have it, a 5 reel, 15 payline masterpiece from Microgaming. Since this initial game, there has been an upgraded Tomb Raider slot but you can never beat your first, can you?

Because of its age, Tomb Raider Slot isn’t the most visually pleasing of Microgaming’s repertoire. The graphics are slightly clunky and retro looking but that all adds to the nostalgic feeling that this game creates.

Be sure to keep an eye out for the three special symbols that can be found in this game; firstly you will come across the logo of the game, and the main iconography of Tomb Raider itself, those imposing yellow letters.

In addition, there’s the idol symbol and also Lara Croft herself. You may have guessed already that the logo is the wild of this online slot game and can be substituted for any symbol across the reels apart from Lara or the idol.

Lara Croft is this game’s scatter symbol and is the only way that you’re going to escape to freedom with those free spins intact. Jump the chasm and watch as Lara triggers herself into an enormous 10 free spin bonus.

All winnings that are achieved during this free spin period are tripled via the 3x multiplier. If you’re looking for something a bit more lucrative than that, then match more than 3 Lara’s and be rewarded with more free spins than usual.

If that didn’t satisfy your thirst for adventure then you will surely be hooked by the bonus round of this game. When 3, 4, or 5 bonus idols land across the decaying reels you will enter the cursed tomb and be asked to stake your claim at the bonus round and pick from three or more idols that will reveal the treasures that you’ve been granted.

Tomb Raider is a very simplistic and early-era video slot so the graphics are a bit gaudy, however bets can be placed for a range of prices that accommodate a diverse mix of players both high and low. 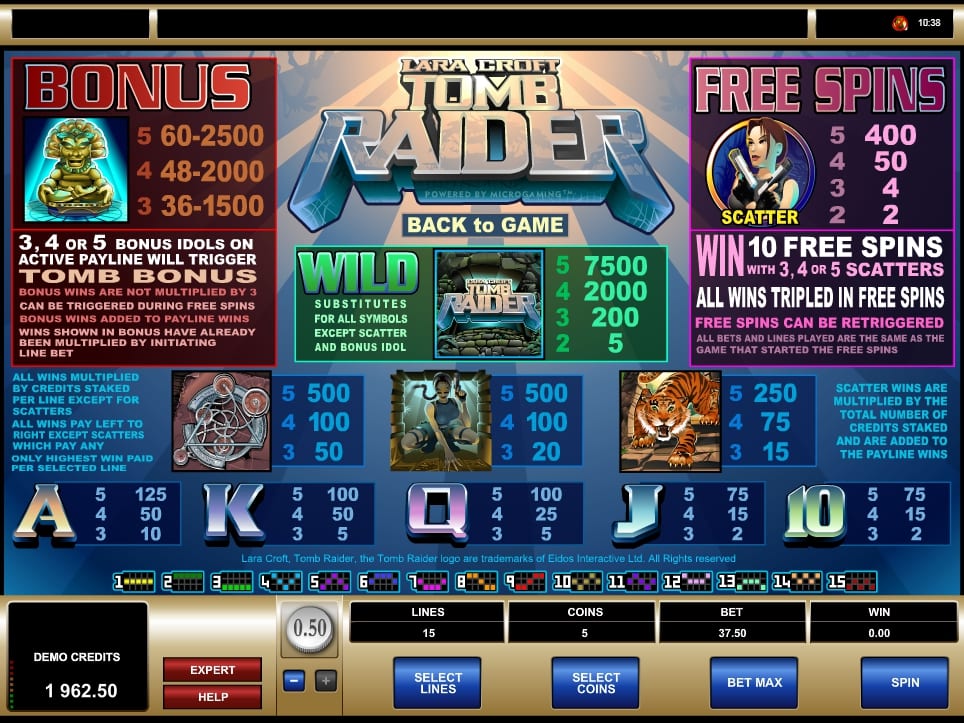 If you’re looking for a vintage classic that gets the nostalgia running through your veins then look no further than this Tomb Raider installation from the guys at Microgaming. The pixelated graphics and bold icons don’t do a good job at hiding this game's age, however, this is something that gamers will love.

An authentic Tomb Raider slot playing experience. Spin and deposit today and unearth the mysteries of Lara Croft’s tombs. If you enjoyed this game you might as well love Hot Chilli Slot!