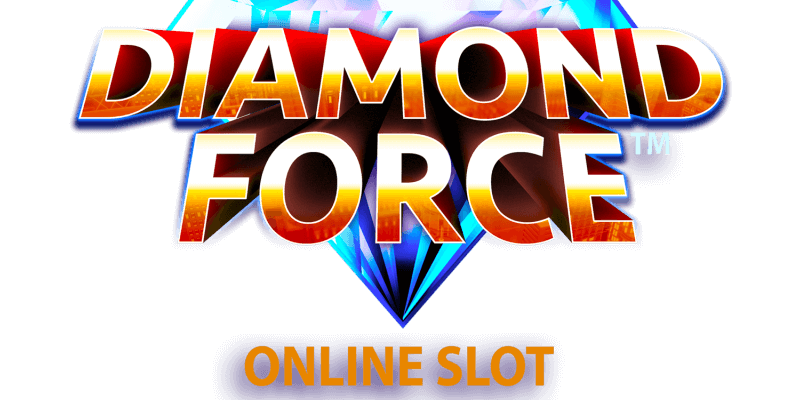 Join your favourite superheroes for an epic adventure with Diamond Force. Diamond Force is a 5-reel and 1,024 ways to win slot by Microgaming. It’s an action-packed slot game with 2 bonus features which include a team-up feature and a bonus spins feature. Diamond Force has a maximum win of 13,175x your total bet.

Join the superhero gang and search for diamonds in Diamond Force, a 5-reel and 1,024 ways to win slot by Microgaming. Diamond Force has an exciting superhero theme with colourful, comic book-style graphics. Grab your superhero cape and join the adventure by hitting spin!

As well as having a chance to unlock these bonus features, you have the possibility of winning up to 13,175x your total stake. So play this slot today at online slots casino Wizard Slots!

How To Play Diamond Force

Winning combinations are formed when you land 3 or more matching symbols on adjacent reels. Something different about playing Diamond Force is that some symbols (the superheroes) can appear in stacks of 3, potentially helping form more winning combinations. 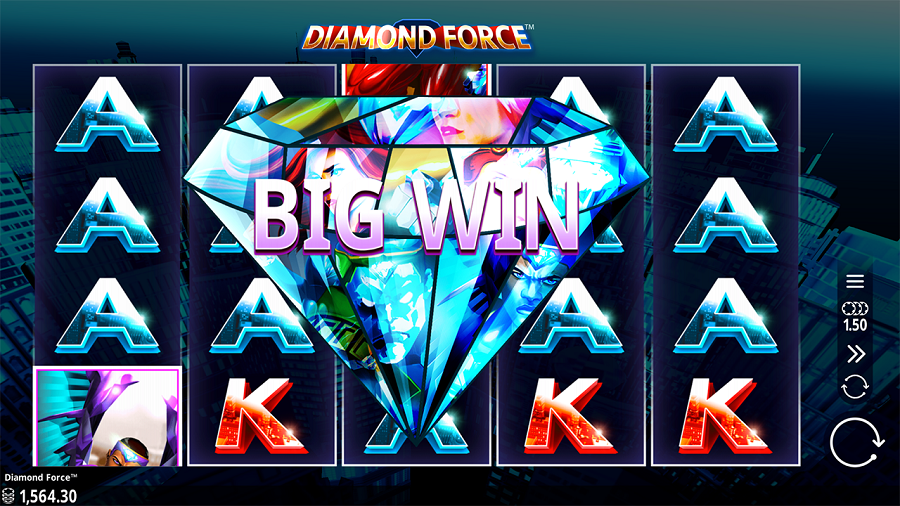 Wild and Bonus Symbols: Diamond Force’s wild is the large sparkling diamond, and it replaces all symbols except the bonus symbols. The wild can appear on the 1st and 5th reels only. The symbol featuring all of the Diamond Force characters with the word ‘BONUS’ is the bonus symbol. This appears on the 5th reel only and is a full-stack bonus symbol.

Team-Up Feature: Landing 3 or more fully stacked individual Diamond Force characters will activate the team-up feature. A new gameboard is formed by the triggering symbols, and the reels consist of multipliers and cash awards.

Team-Up Bonus Spins Feature: The team-up bonus spins feature is triggered when you land a full-stack bonus symbol on the 5th reel plus any combination of 2 or more full-stack individual Diamond Force character symbols. Once unlocked, you are initially awarded 3 bonus spins. Landing more bonus symbols adds further bonus spins; it’s possible to receive a maximum of up to 20 bonus spins.

Diamond Force has an RTP of 96.53% and has high volatility.

Diamond Force has a futuristic superhero theme. The graphics have a resemblance to retro comic books featuring classic superheroes. Behind the reels, there’s a big city filled with skyscrapers and other tall buildings. It looks like all of the superhero action happens at night as the sky is a deep blue colour.

The soundtrack features typical intense, action music that can be heard as you spin the reels and play.

Diamond Force is an exciting slot from Microgaming. It’s an adventurous slot with a fun superhero theme. It’s quite a straightforward slot making it suitable for new players and fans of superhero-themed slots alike, but it’s always best to familiarise yourself with the game rules in the information and paytable section beforehand.

The team-up feature is exciting, with stacked symbols potentially helping form more winning combinations. The team-up bonus spins feature is also great, with the potential to trigger up to 20 bonus spins. Not to mention, you could win up to a whopping 13,175x your total bet in Diamond Force.

What is the RTP of Diamond Force?

What is the minimum bet on Diamond Force?

What is the maximum bet on Diamond Force?

The maximum bet you can make is £3.

What is the maximum win available on Diamond Force?

Does Diamond Force have any bonus features?

If you are looking for more, then click to view our online slot games.