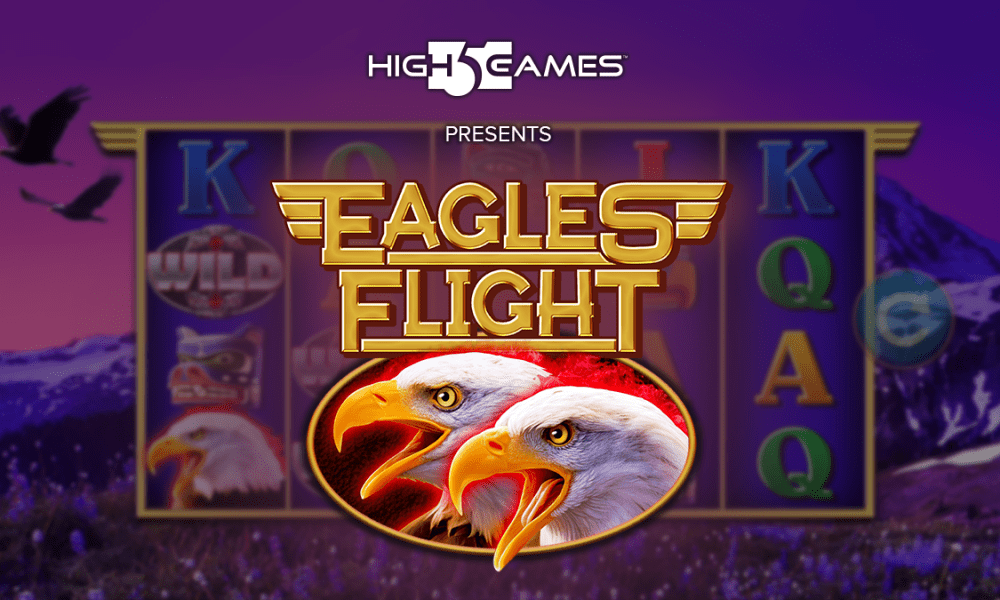 Eagles’ Flight by High 5 Games is a 5 reel 40 fixed payline slot. This slot includes feature like a wild symbol and free spins. The free spins feature starts off with 7 free spins. It's a simple yet highly rewarding slot so stick around to find out what High 5 Games has in store for you. Simply click to view UK slots today!

The slot includes a culture of fauna and the  North American mountain scenery where the action is set. The golden reels float against a backdrop that includes mountains, trees and eagles shadowed in front of a red sky. They symbols that lay the highest value are an eagle and 3 stylised animal masks. The animal masks are of various creatures. There are also card values K, J, Q and A that pay the lowest values. The eagle pays up to 2000x your bet when 10 land on a payline. 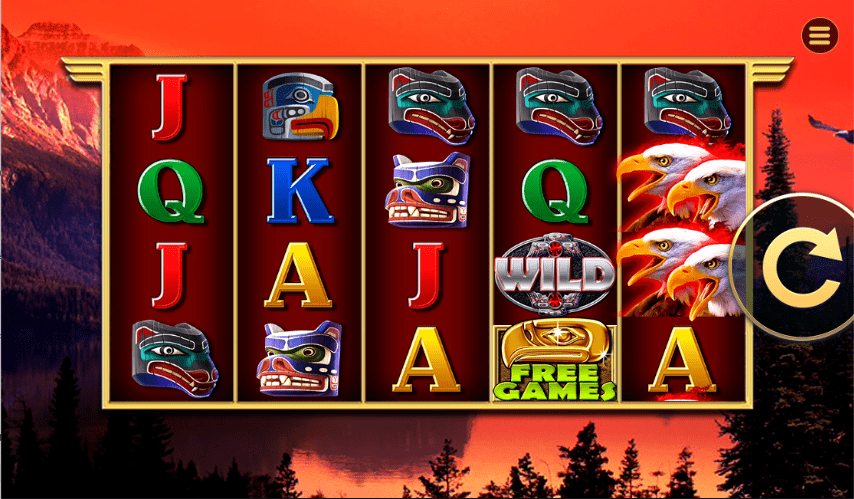 High 5 Games isn't one of the most famous online slot developers out there, but some of their slots definitely are. High 5 mostly focuses on casino gaming, land-based slots and social gaming on Facebook. H5G was established in 1995 and released their 1st slot in 2002. In 2008 things really took off with the release of their massive online hit Da Vinci Diamonds. Golden Goddess was another phenomenal slot release in 2011.

They have released more than 300 slots in 50+ countries all over the world. High 5 Games has released gems over the years, but these best UK slot games are licensed to other developers. This includes Da Vinci Diamonds and Pixies of the Forest which were both developed for IGT. These two have kept land-based players and online players hooked for years.

Their Hot Hot Hot slot produced for Bally in 1999 is also one of the biggest slots released by the company. It's clear that High 5 Games has the secret to developing a truly memorable and exciting slot. Check out some of their other slots at your favourite online casino. Some examples include; 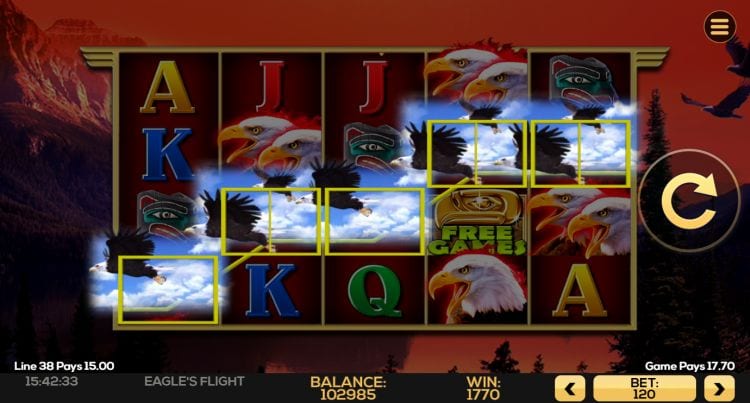 Eagles’ Flight is a great High 5 slot – one of their best ones. If you appreciate this kind of theme, then you'll like the way High 5 Games has presented this slot. The double eagle payouts provide some extra action to the slot. Or why not play Devil's Number today?