It’s safe to say we’ve never seen fruits like this. The vegetation you’ll see in Fruitoids is some kind of crazy space pods, each with their own bizarre shapes and colours. One of the developers Yggdrasil’s earliest UK online slots, this strange little game sets out their stall for trying something a bit different visually but most importantly, from a gameplay standpoint.

Yggdrasil Gaming is a provider of both mobile and online slots and casino games. Formed in 2013 as an established underdog among giants, they have emerged as one of the industry’s most respected and acclaimed suppliers, providing casino games for some of the world’s biggest operators. Many of their games have a real-life sense of fun with titles like Pumpkin Smash and Vikings Go To Hell. Are you up to try and play on some of these slot games? 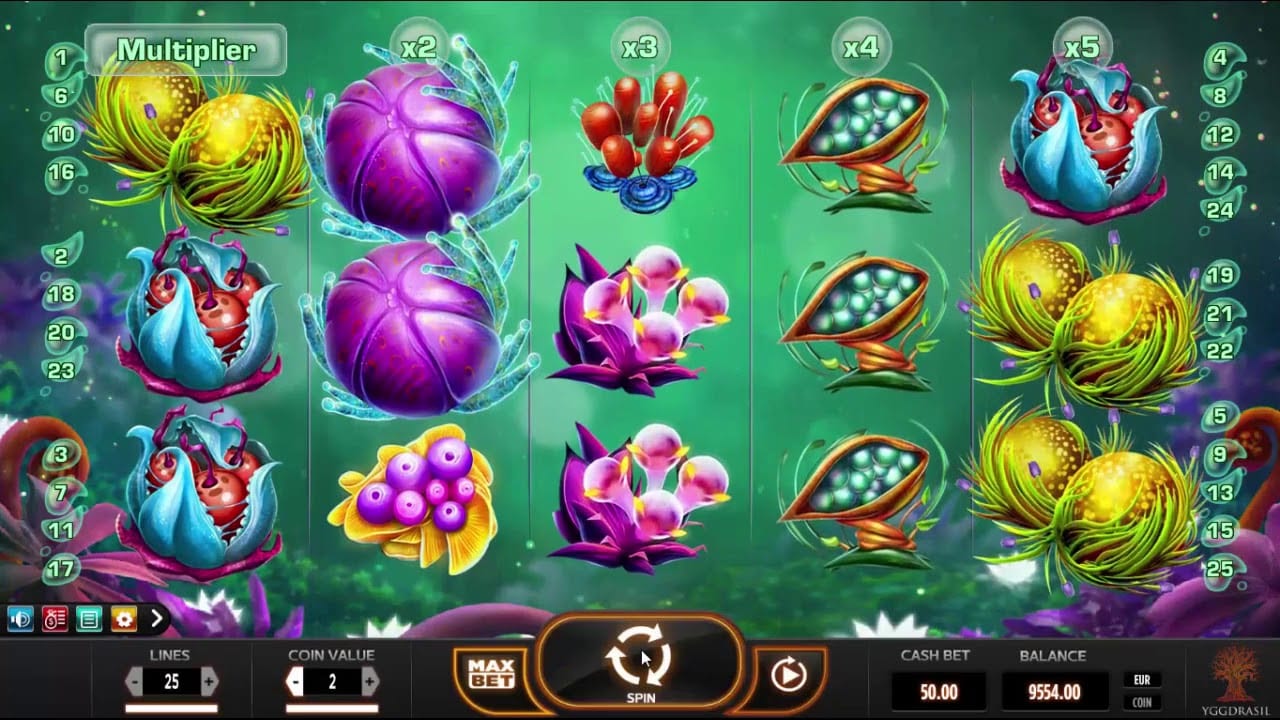 Before you spin for the first time, you will be greeted with a range of the strange fruit-like pods. There is an ominous hum; the wind whistles as if through a vast desolate cavern. Looking at the background, it’s unclear whether the game is set in the far reaches of space or on the ocean floor. Read more details about the game to know why this is considered as one of the top slot games!

Hit spin though and the music kicks in, lifting the potentially terrifying mood into something much lighter and more sci-fi.

One of the biggest delights in Fruitoids is that there are no symbols lazily cut and paste from a deck of playing cards. Everything in this online slot is designed to fit the theme which makes it so much more immersive.

There are 25 winning paylines that win from the left-hand side and 7 different types of Fruitoid that can land on the Gameboard. These range from yellow orbs with luminous grass to a tree-like root entwining what looks like fish eggs. The designs here are refreshingly weird, taking as much inspiration from sea creatures and flowers as fruits.

For the gameplay, you’ll need to hit 3 matching symbols in a row from the left reel. So far, so normal. But there are some interesting twists here too. In making a winning combination, the symbols in a said combo will freeze. The remaining spaces will spin again and if any symbols of the same kind appear, they will freeze as well. This continues until no new symbols of the initial kind land on the reels.

There is also a column multiplier (2x on reel 2, 3x on reel 3 and so on). If you fill consecutive columns from the left-hand reel with frozen symbols, the multiplier will increase. 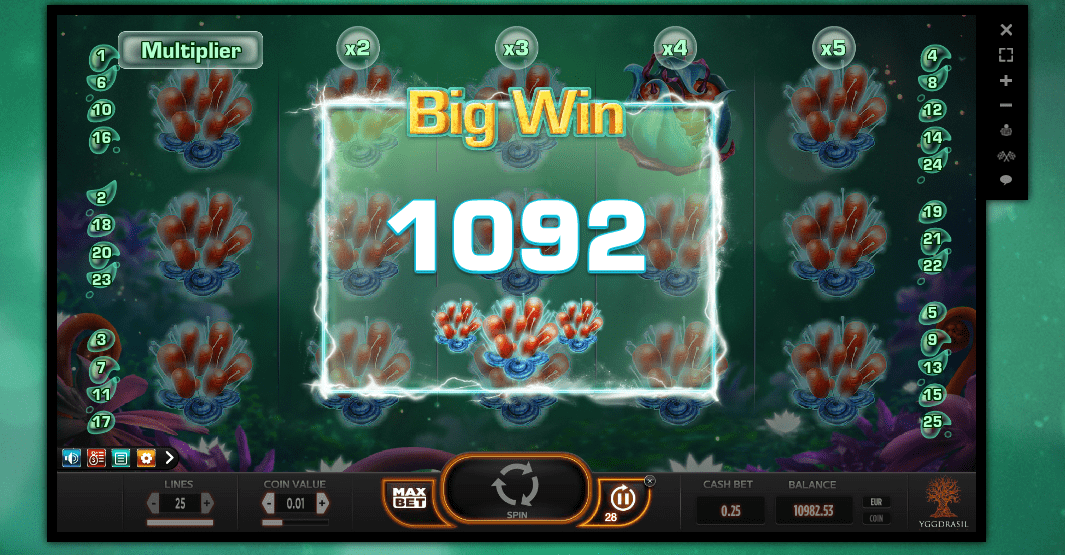 So many slots online feel completely uninspired and happy to reskin the identikit games with a different theme and be done with it. It is extremely refreshing then to play Fruitoids. There isn’t a massive amount to the game: no WILDS, no SCATTERS, no real bonus rounds to speak of.

But Yggdrasil deserves a heap of credit for making an online slot that ploughs its own furrow, not content to be followers when it can be a leader. As one of the company’s earliest games, it is exciting to see where they will go in the future. If you loved Fruitoids, why not play Fire N Hot