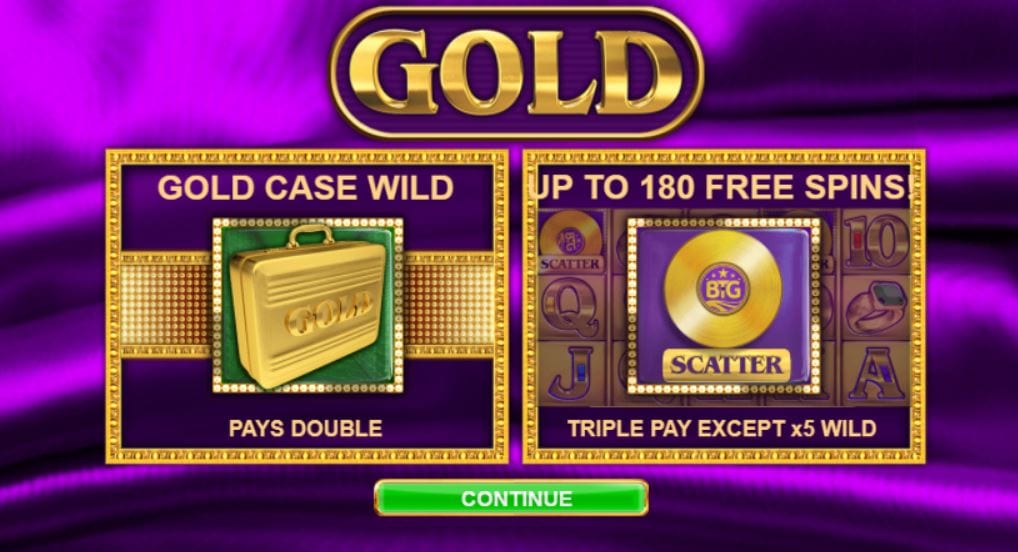 Wouldn’t it be great to have the Midas touch and everything that you touched turned to gold right before your eyes? King Midas might have thought it more of a curse than a blessing, but this slots online game shows that it doesn’t have to be a bad thing.

All that glistens certainly is gold here, and you will get the chance to walk away with some golden treats. You might even end up winning worth your weight in it!

Big Time Gaming is probably the best team of developers to create a gold-themed game as their portfolio of games is one of the most successful out there. This Australian company is so well-versed in online casino gaming, that they have managed to build up a substantial reputation for themselves even though they have quite a small portfolio of games compared to other developers.

The whole design of Gold is exactly how you would expect – extremely golden! In fact, the background music sounds suspicious background is made up of sparkling gold bars and glittering golden lights. You might have to shield your eyes from all the glare! The game’s title logo is in a purple banner above the game board and the title “Gold” keeps on spinning into view. Here's a guide that compiles the best UK video slot!

The game board is right in front of the brash golden background and is split into five reels, each with three symbols on. The symbols on the reels look very sophisticated and are all made out of gold. Even the lower-valued letters and numbers!

The symbols that you need to try and match up, though, are the picture icons, which include swanky cars, gold rings, and flash wrist watches. The more symbols you can match up along the pay lines, the more you will stand to win. That’s not all, though, as the slot game also features some bonus symbols that make the game a whole lot more exciting.

Gold’s theme may be a simple one, but it gives you the idea of what is up for stake – some very large jackpots! Even though the bonus features aren’t as compelling as in some games, there are still some fun opportunities to try and increase your jackpots as much as you possibly can! If you enjoyed Gold why not try Dragon Born