Football can be a serious game, but with Hot Shots from iSoftBet you’re just as likely to be giggling as you are to be cheering with their fun take on the beautiful game. Featuring a selection of charming cartoon animal characters derived from some of the world’s most famous footballing nations, you’ll be running wild as you try and get the ball in the back of the net. With each ball playing animal representing a different country and bringing its own bonuses, you’ll be cheering on all the teams as you gun for footballing glory and bring home the cup.

Boasting nearly eight years’ experience in the industry, the team at iSoftBet have been bolstering their reputation with every release. Based out of London, the company’s engaging line-up of online and mobile slot games has been enrapturing players from the very beginning as it vies to become one of the biggest players in the industry. With colourful games boasting high production values and unique takes on some slot classics, you’re bound to find something to enjoy amongst iSoftBet’s selection of top-class games. Other games from the developer include:

And many more here at WizardSlots! 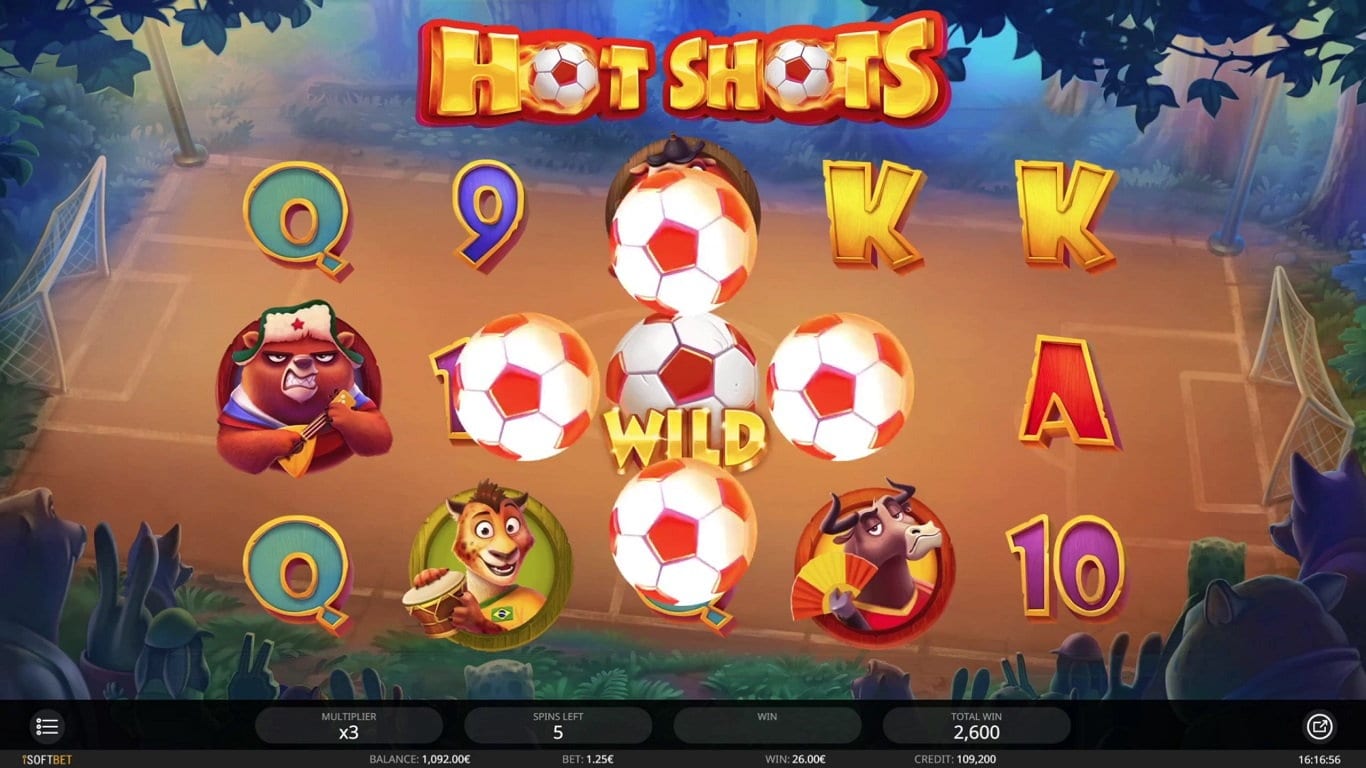 Hot Shots is perhaps one of the most generous games around with its 243 ways to win across its five reels. Its symbols include a Russian bear, a French cockerel, a tea drinking British bulldog, a fan-waving Spanish bull and a bongo-playing Brazilian cheetah, all with their own characteristics and bonuses. Ample free spins and scatter symbols increase your chances of winning and with an RPT of 97.15% this is one game that is almost guaranteed to have you smiling.

Other exciting features include: 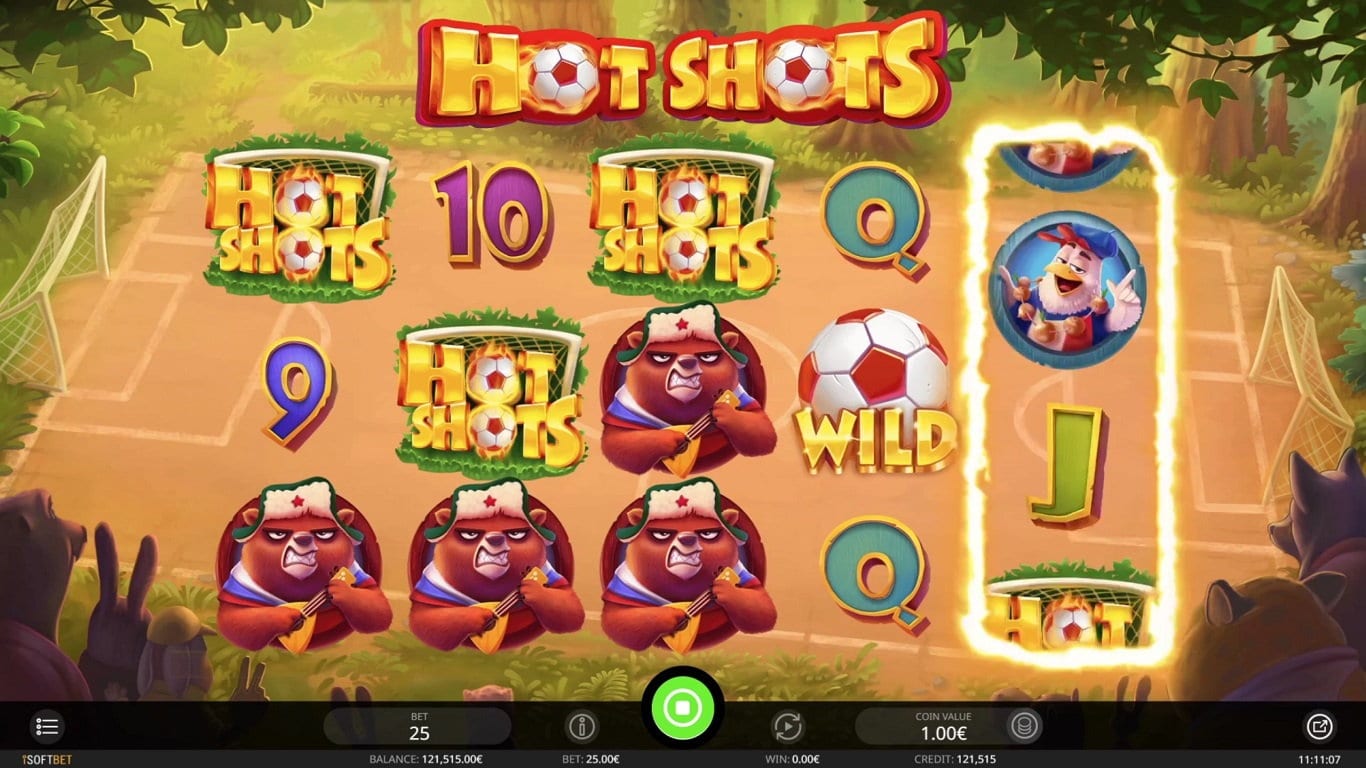 While everyone’s eyes will be on Russia for this summer’s big football tournament, one spin with Hot Shots and yours will be firmly on the forest as you lead your team to some big prizes. Mixing its top-drawer cartoon graphics, charming sound effects and hundreds of chances to win, iSoftBet’s latest classic is bound to have you fist pumping the air for joy and roaring in ecstasy as you complete yet another hat-trick. Don’t delay, dust off those boots, deposit today and unleash some of your own hot shots as you set your sights on footballing glory! If you enjoyed Hot Shots why not try The Champions.