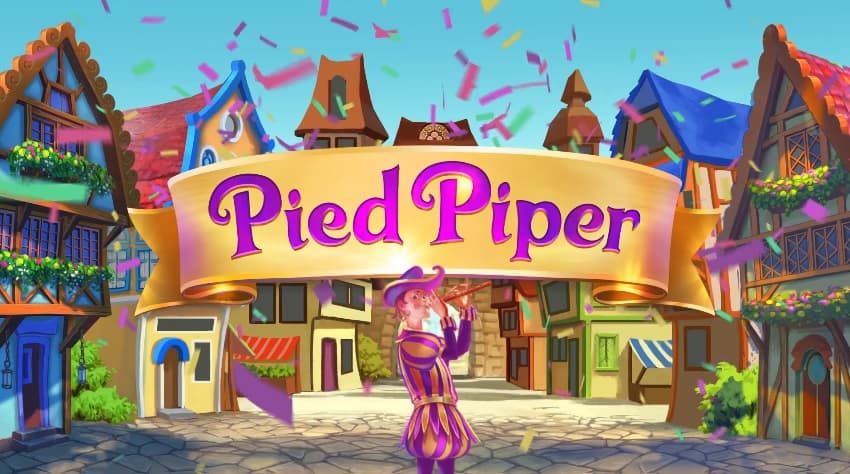 The story of The Pied Piper of Hamelin is set to return as Quickspin has developed another fantastic title. Pied Piper is set in the feudal town of Hamelin where the famous mouse-catcher prowls the streets with his magic pipe.

This 5x4 reel slot has 40 pay lines on offer and is set in the enchanting, cobbled streets of Hamelin. Thankfully for you, Pied Piper has the potential to become a legendary slot due to its abundance of generous bonuses and in-game features. If you hear that magic pipe play, then you’re in for a good time if you decide to play slot online.

Based in Sweden, Quickspin is one of the newest and most influential online casino software providers. They develop state-of-the-art video slots for the biggest online casino operators in the world. Their team of creative developers have acquired a vast amount of experience in the industry and continue to reach new heights.

Unlike other developers, Quickspin solely focuses on creating video slots and that is clear in their incredibly themed slot games UK. No matter the title you play, the players best interests are always at the forefront of Quickspin’s thinking. Once you’ve played Pied Piper, check out some of their other titles, such as:

When you begin to play Pied Piper, you’ll be greeted by cheerful and joyous music that sets the scene for a medieval theme. Although the main aspects of the game are geared towards bonuses and features, the base game has plenty of potentials.

The 10, Jack, Queen, King and Ace are the lower valued symbols that will appear more often than not. Whereas, the medium value symbols relate to the theme of the game much more, such as Gold coins, silver keys, the mayor, the mayor’s wife and his daughter.

In addition, there are Mouse WILDS, Piper WILDS and Bonus SCATTERS symbols to keep an eye out for. Learn more about the variety of in-game features: 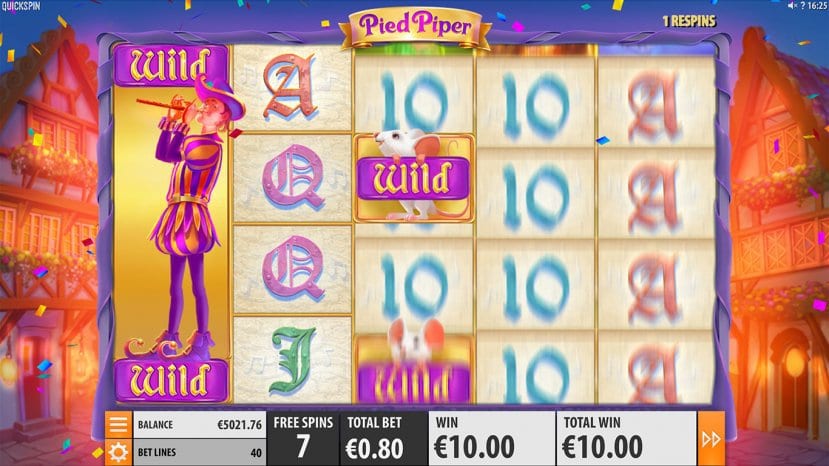 Pied Piper is not only a visual masterpiece, but the gameplay and in-game features are proof of why Quickspin have been so successful in the online gaming industry. Although this slot can have its moments of high volatility, a bonus feature is always just around the corner.

Enjoy your trip to Hamelin and if the Pied Piper keeps paying you a visit, the possibilities are endless. If you enjoyed Pied Piper why not try Justice Machine.