Step into the science industry with this futuristic and original slots online game. Unlike most other slot games out there, there is the chance to play this game in portrait, re-defining the gaming experience and bringing something new and exciting to its players. It’s a very new addition to Yggdrasil’s selection of top-level games.

Yggdrasil have risen to become an extremely respected and established name within the slot gaming industry. They are well-known for creating games with stand-out graphics and innovative gameplay. Founded in 2013, they may not have as many games out there as some other game developers but they take pride in crafting and creating each game with their own identity, and it really shows.

With offices worldwide, Yggdrasil has won some big awards including The International Gaming Awards and worked with some big names in the industry, including bet365 and bwin.party. Some of their best games include Gem Rocks and Easter Island. Click the link to see slot games from Yggdrasil. 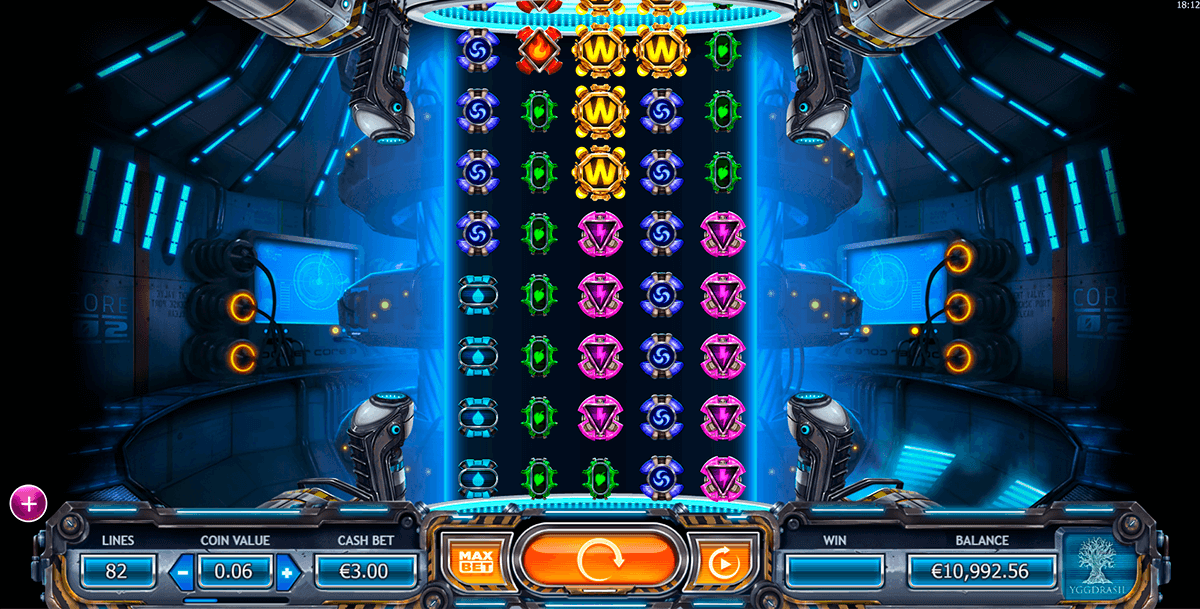 Power Plant is a 5 reel, 82 payline game meaning you can win big. Bets can be placed from 0.25p to £250. To help you with selecting the best online slots you can play, you may check out our guide.

The screen is electric blue, with power cables, pulsing lights and screens, making for a very authentic looking power plant. The music, whilst not decidedly sci-fi, is modern and upbeat, to match the pace of the game. Visually, it is very crisp and colourful and is great to look at.

Symbols include representations of the elements, such as earth and water. The lowest paying of these is the earth and water which will award up to 60 coins. The rest of the elements such as the wind, electricity and fire symbols will award a payout of between 70 and 200 if you can get 5 in a row. The biggest paying symbol of all is the hazard sign. Score 5 of these and be rewarded with 8x your bet.

· WILDS – this game allows for the chance to win 8 stacked wilds. Win this and you will be able to activate the re-spin. The pulsing W is the one to look for and will substitute all other symbols in the game.

· RE-SPIN – with the re-spins, you will be awarded up to 4 different feature dependent on the stack you win, including nudge reels and super stacks. 1 stack will give you 2 re-spin features. Each re-spin feature is randomised, meaning you never know which fun feature you’ll get. These features can include 3-8 symbols changing in the same symbol or a wild will form from a generic symbol.

· AUTOSPIN – choose how many spins you would like so you don’t have to do the work.

Power Plant is a fast-paced game with lots of exciting features and the chance to play a slot game in portrait view. The idea is original and the graphics, music and animation all work very well in doing their job. If you want to win, and have fun whilst you’re doing it, this is the game for you. If you enjoyed Power Plant why not try Small Soldiers.