Volcano Eruption Extreme is an online slots game from the Australian developer Next Gen Gaming. It is a sequel to the earlier Next Gen title Volcano Eruption, so if you enjoyed the first game make sure you look out for this one in your favourite online casino.

We’ll take a closer look at the game here, so that you can discover a bit more about it. You can also find out a little more about Next Gen Gaming. Want to know where to play online slots? Right here at Wizard Slots!

This game has adopted an erupting volcano as its theme, which might seem a little strange to some readers. The game is, though, a sequel to the original Volcano Eruption game, and many of its features will look familiar to anyone who has played the original game. The game offers three rows, five reels and 25 fixed paylines of entertainment to players. The reels float above what looks like a Pacific Island setting, with a volcano looming ominously on the left of the screen. Deposit and play UK slot games today!

The lower value symbols on the reels are letters and numbers, with 9, 10, J, Q, K and A all being used. The game’s higher value symbols include animals like a lizard and a parrot, as well as some fruit that looks like oranges. The game’s wild symbol is the erupting volcano, and it will only appear on the second, third and fourth reels. It will substitute for all other symbols to create winning combinations, and also gives you access to the game’s bonus feature.

For bonus features, you can pick up two kinds of free spins: Volcano free spins and Eruption free spins. The former appears when the volcano on the screen rumbles and freezes a winning combination in place. The latter appears when three volcano symbols appear on the reels. 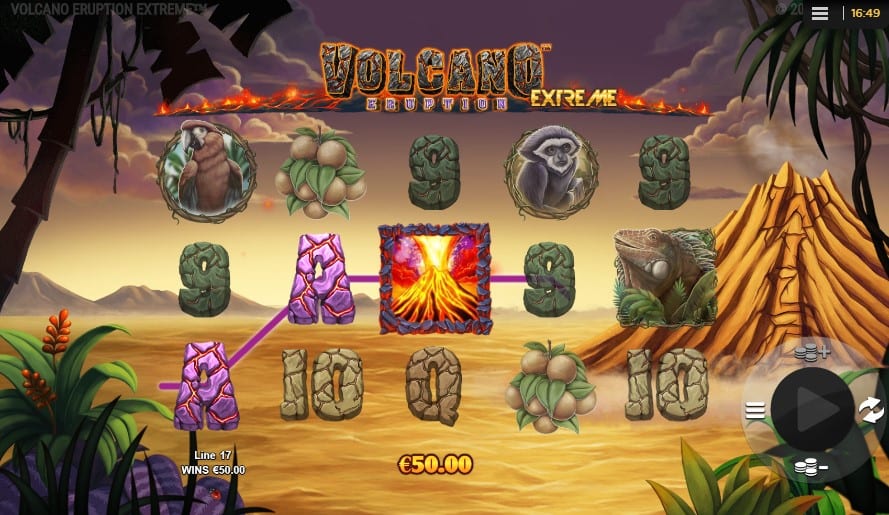 Next Gen Gaming is a games developer which has its roots in Australia. The company was originally founded by Tony McAuslan, who based its operations in his native north Sydney. Over the years, the company expanded out and found an international reach, and established offices in London in the United Kingdom, and in Stockholm in Sweden.

In 2011, Next Gen Gaming was acquired by a Swedish company called NYX Interactive, which was another games developer. It was bought again in 2018, when SG Gaming acquired the brand, adding Next Gen to its growing and expanding stable of games developers. SG is a brand name which will be very familiar to anyone who has enjoyed playing slots online over the last two decades or so.

Other games from Next Gen Gaming include: 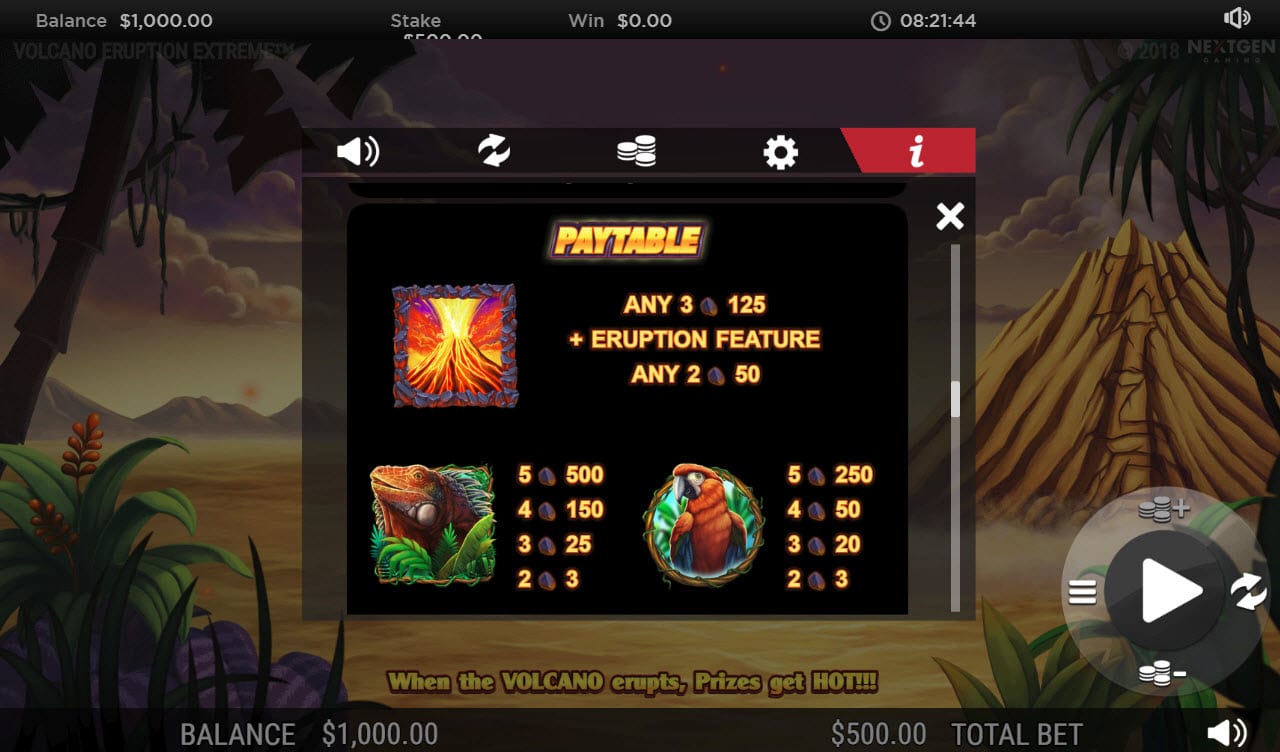 Volcano Eruption Extreme offers a little bit of an upgrade to the original Volcano Eruption, without detracting from its quality in any way. The game’s graphics look great, with gameplay being very smooth, and the sound effects help to put you right in the world of the game, with its wild animals and volcanic eruptions.

Anyone who enjoys playing fruit machines should make sure to look out for this game in their favourite online UK casino. Or why not play Bear Money?