The rodeo is in full swing and the bucking broncos are ready to go. Take a trip down to Wildcat Canyon and dodge the buzzards, goats and snakes to match the combinations and we’ll happily pay you back for your troubles if you conquer the wildest game in the West. Click to see these slots online now! 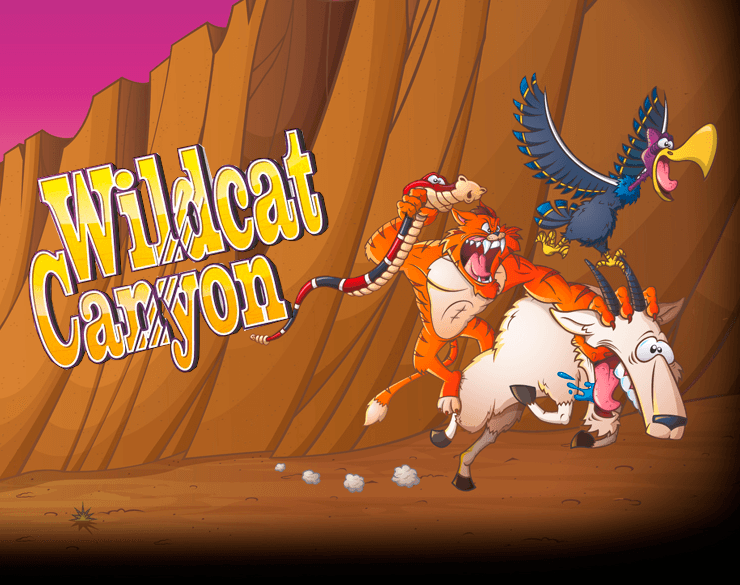 Doctor Love, Medusa, Dolphin Reef, and 300 Shields, just a few titles from London based game developer Nextgen Gaming. With a legacy already firmly cemented in the online gaming sphere, Nextgen continues to push the bar and have been since 1999 where they have created some of the most addictive games within the industry, all of which we have here on Wizard Slots your favourite online casino site. 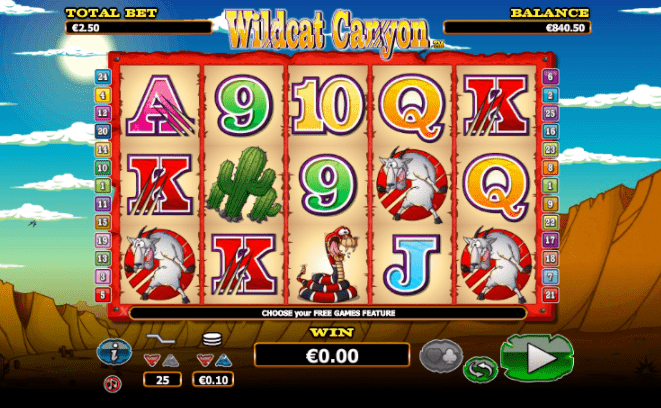 When Nextgen Gaming was conceiving the idea for this game they must have just been coming up with the wackiest ideas possible. Wildcat Canyon is a 5 reel online slot that plays heavily on a cartoonish style and simplistic gameplay that equals a rather exciting slot. Expect wild cats, snakes, buzzards and things of the like. The premise of this game is simple, it’s your job to save as many animals as possible so that humans can move back into the wildcat canyon. The humans pay well for hard work so it’s best you try to get rid of as many animals as possible when playing the reels. Wildcat Canyon can be played from the comfort of your favourite mobile devices including iPhones, iPads and Macbooks, smartphones, tablets and PCs. So many ways to play the best new slots in the market, so little time.

You may notice the giant orange wild cat that is prowling the screen. He looks like a jacked Tony the tiger that is the antagonist in the canyon. He wants the animals to eat whereas you want to save them. Although he plays no part in the outcome of the game, he is a nice touch to an otherwise cut and dry online slot. He can surprise you if you aren't careful so it’s probably best to keep on your toes throughout the game. He preys on the weak so you’re going to have to be brave if you want to proceed. There are treasures around the canyon so if anything you’ll want to be brave in order to reap the rewards.

Symbols for Wildcat Canyon take the shape of a mixture of classic letter symbols and cartoonish animals. Wilds and scatters can be found on the board in the form of your more outlandish symbols. The functions of the wilds and scatters are the same as any other online slot; creating more chances to higher scores overall. The graphics in the gameplay on a very cartoonish theme which is great to just let your eyes wander at. Other than that there isn't really much else to this title that should be foreign to anyone who has never played an online slot before. 20 pay-lines also play a part in maximising scores so keep your eyes peeled on the reels!

Wildcat Canyon is very much your very bog standard slot with some rather interesting features. The graphics all play very well with a funny cartoonish theme that is very unique to this online slot and this one alone. Graphics are good at carrying the game along at a steady pace, with gameplay being just enough to sit and pour through a few hours in at the canyon. It’s a fun ride, but one you've probably already had before. 7/10

If you enjoyed Wildcat Canyon you should also like Taco Brothers.