What is Shuffle Tracking in Blackjack? 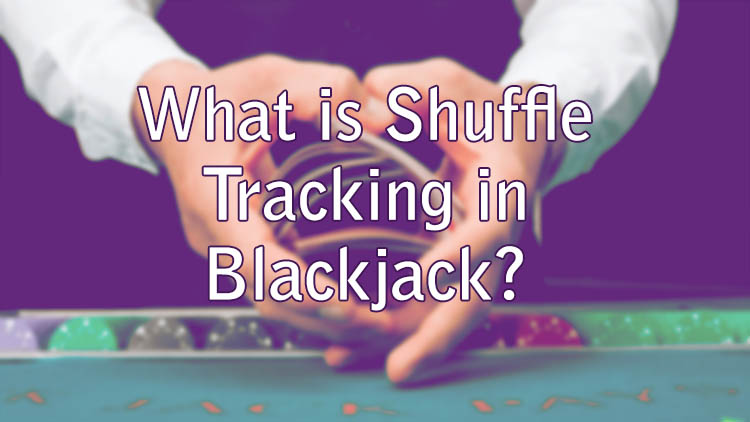 Some online slots and casino game players may be on the lookout for ways to potentially tip the odds in their favour when playing table games. Although this is highly unlikely to happen and frowned upon in the online casino world, some of these include techniques such as card counting and shuffle tracking.

Of course, both require an impressive skill of being able to keep track of cards, or potential card sequences when playing.

What Is Shuffle Tracking?

Shuffle tracking is a technique that can be used in a blackjack game to try and track the cards that have been dealt and predict which cards may be dealt next. It is based on the idea that certain cards are more likely to be in certain positions in the deck after a shuffle, and by keeping track of these cards, you may potentially gain an advantage over the live casino.

The basic concept behind shuffle tracking is to identify and track certain cards, or groups of cards, as they are shuffled and dealt. This may allow players to potentially have a better understanding of the distribution of the cards and can help make more informed betting decisions.

There are different methods of shuffle tracking, but one of the most popular is known as "ace sequencing." It involves keeping track of the location of aces in the deck and using this information to predict when they might appear in future rounds.

While shuffle tracking and card counting are both techniques used to gain an advantage in blackjack, they are not the same. Card counting is a technique where you keep track of the number of high cards (such as aces and 10s) and low cards (such as 2s and 3s) that have been dealt and use this information to make more informed betting decisions.

This can be done by assigning a value to each card and keeping track of the running count.

Shuffle tracking, on the other hand, is a technique where players attempt to keep track of certain cards as they are dealt, and then use this information to predict which cards may be dealt next.

It is based on the idea that certain cards are more likely to be in certain positions in the deck after a shuffle. While both techniques have the potential to be effective, shuffle tracking is generally considered to be more challenging to implement than card counting. That is because it requires a greater amount of skill and practice to track the cards accurately.

How Do You Shuffle Track Cards?

Shuffle tracking is known as an advanced technique for potentially gaining an advantage over the house. However, it is complicated compared to other methods.

The best way to implement shuffle tracking is by using the "side shuffle." It is a technique where you keep track of certain cards as they are dealt.

To begin shuffle tracking, you will first need to identify which cards you want to track, for example, a group of high-value cards, such as aces and 10s. Once you have identified these cards, you can attempt to start tracking them as they are dealt.

So, shuffle tracking essentially requires a lot of pattern tracking and watching the cards that have emerged in the decks you have tracked. This information is then used to make an educated guess about which cards are likely to be in certain positions in the deck.

It's important to note that shuffle tracking is a process that takes time and effort. It takes a lot of practice and attention to detail to be able to accurately track the cards and make predictions about which cards might be dealt next.

The short answer is that shuffle tracking has the potential to work, but it is not a guaranteed method to win at blackjack.

Most casinos use multiple decks of cards and shuffle them regularly and thoroughly. That may make it difficult to track specific cards and use them to gain an advantage.

Additionally, shuffle tracking requires a great deal of skill and practice to master. It's not something that can be easily picked up and used effectively. It also requires a significant amount of focus and attention to detail.

However, for those who are willing to put in the time and effort to master the technique, shuffle tracking can be a powerful tool for gaining a possible edge in blackjack. Shuffle tracking tends not to be illegal, but it is frowned upon by casinos.

In conclusion, shuffle tracking is not a guaranteed method for winning, and it requires a great deal of skill and practice to master.

If you are considering shuffle tracking, it's essential to do your research and ensure you understand the risks and benefits involved. Additionally, if you decide to try shuffle tracking in a pay by mobile casino, be prepared for the possibility of being asked to leave.

*All values (Bet Levels, Maximum Wins etc.) mentioned in relation to this game are subject to change at any time.