It’s summertime and the living is easy with this new online slots free game from Sunfox Games. Why not take a well-earned break in this tropical paradise, where the cocktails are cheap, the azure sky stretches as far as the eye can see and the golden sand nestles warmly beneath your toes? With its 15 paylines and 10x multipliers, the only thing you have to worry about on this holiday is the rather maniacal bar staff! But with plenty of ways to win and the sound of the lapping sea welcoming you, who cares if they’ve gotten your cocktail order wrong? 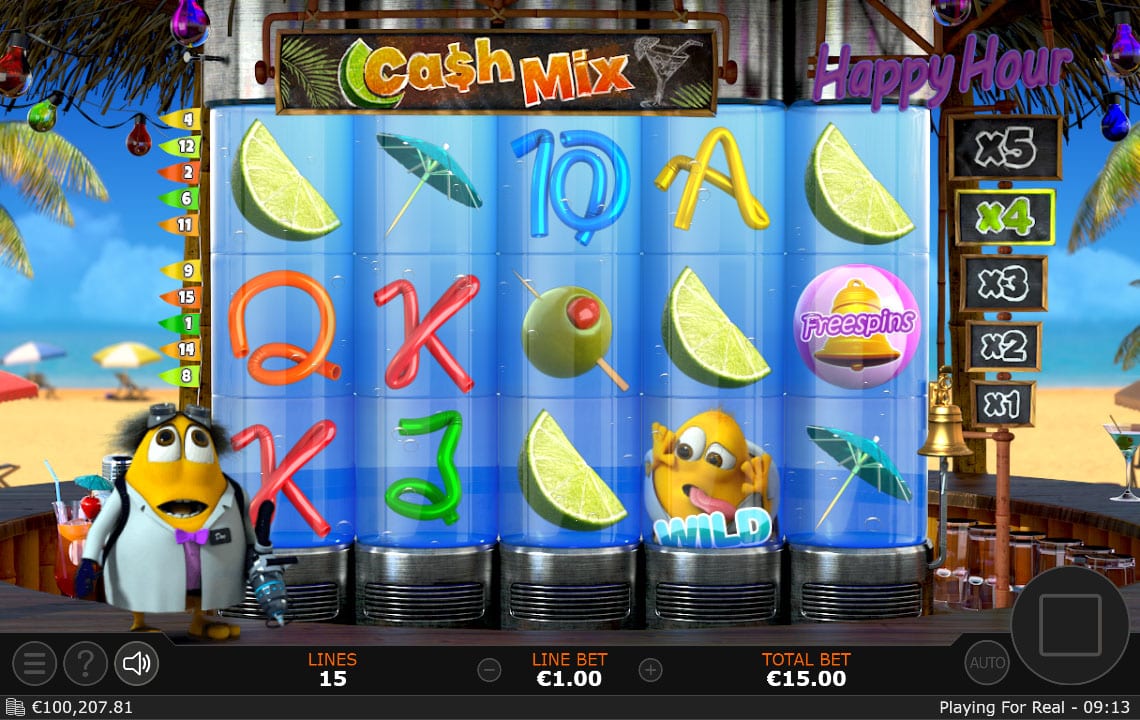 Sunfox Games have been making waves since their introduction to the online gaming scene back in 2011, has fast developed a reputation for fast-paced games and big-budget production values. From their base in Vienna, the team at Sunfox have been perfecting their approach and now boast an enviable selection of some of the hottest and video slot games around. While still relative newcomers, it won’t be long before most online gamers will have been thrilled by a Sunfox game. Other Sunfox games include: 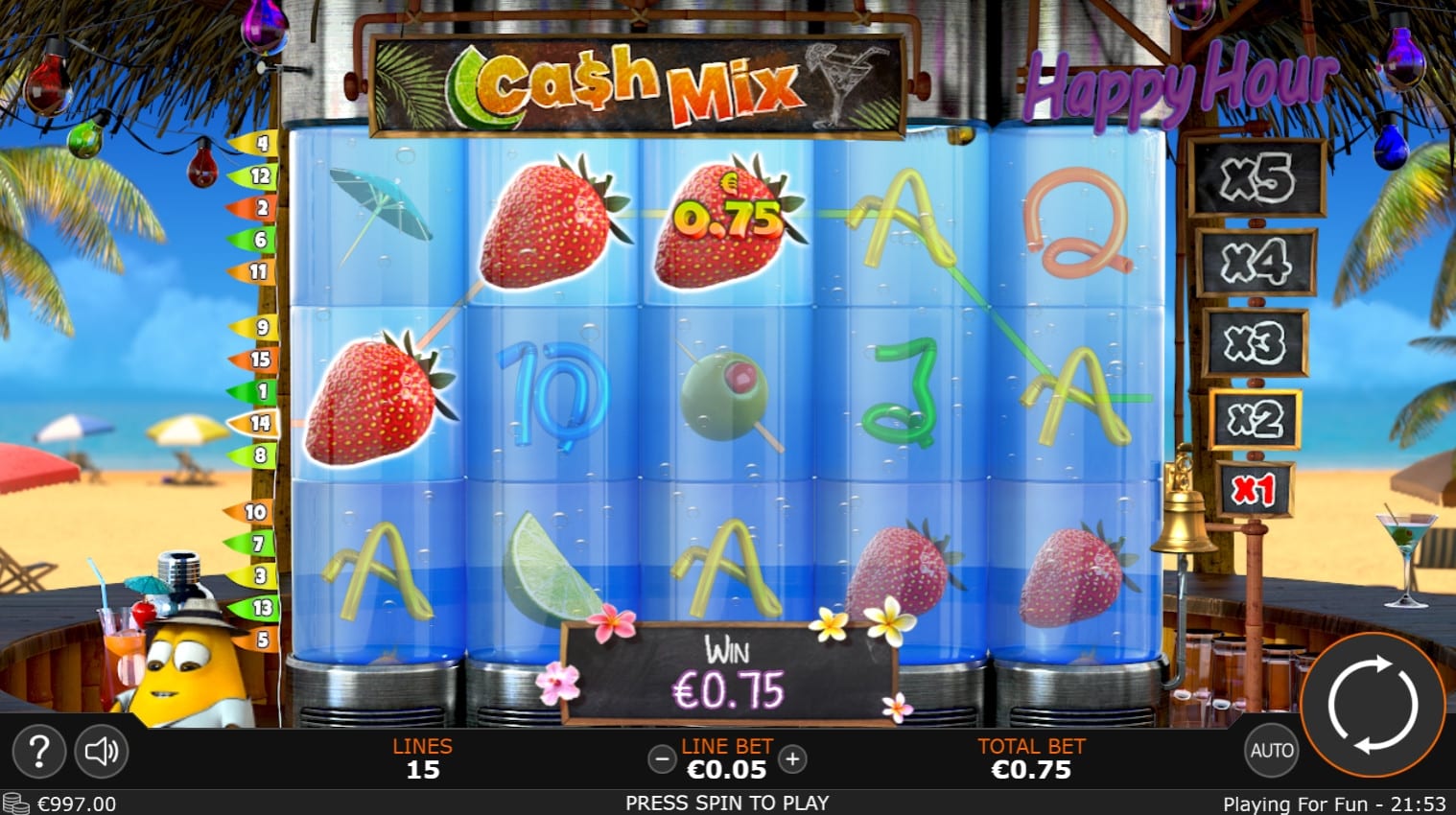 Enjoy a languorous afternoon at the bar and line up some famous cocktail ingredients for some major prizes with Cash Mix. Choose your tipple, take a sip and relax as you rack up those multipliers and land those fruits. But watch out for the bartender Chuck who has a pesky habit of getting stuck in the tubes and needs help from his friend Crazy Doc to set him free. This game is worth a try - play the best slots online now!

Other great features include: 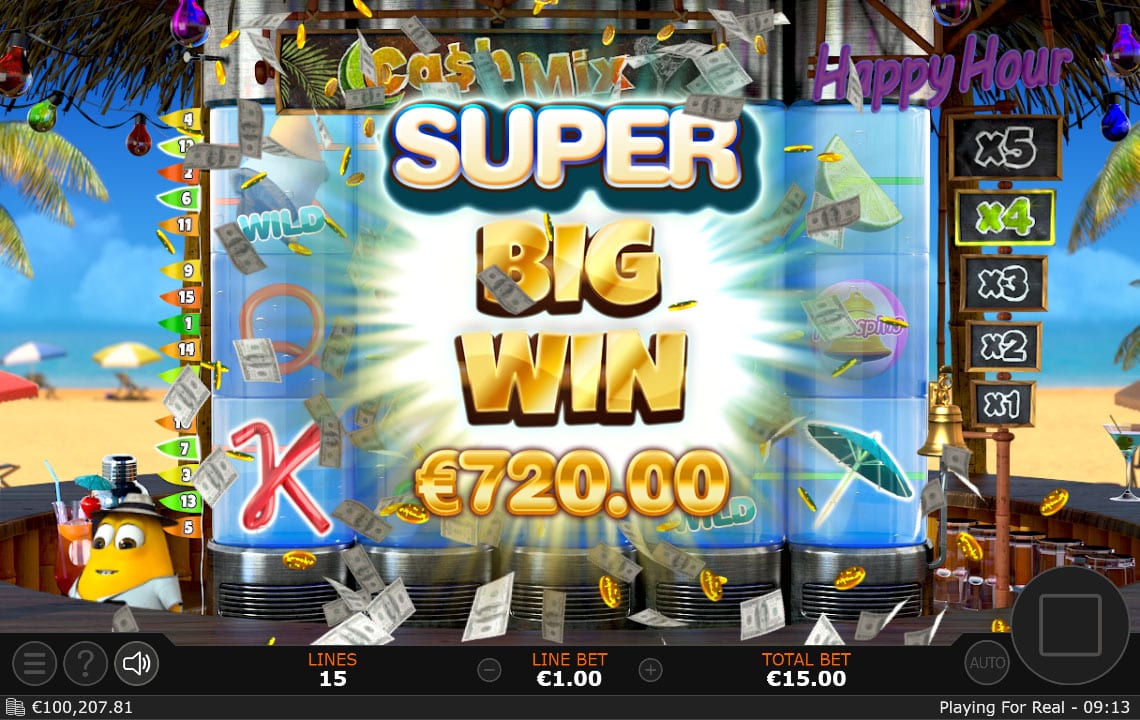 Everybody loves going on a summer holiday and with the latest release from Sunfox Games, you can embark on a tropical paradise whenever you like. Boasting the same charming graphics and theatrical style as their other games, Cash Mix has been designed from the ground up to engross and entertain. Its creative themes and hilarious comic character are like something out of the latest animated film while its tasty RTP of 96.37% and 15 paylines is sure to have online gaming fans salivating! The only question you have to worry about is whether you would like it shaken or stirred. If you enjoyed Cash Mix, why not try Blackjack