Crystal Rift by Rabcat Gambling gets you to go jackpot mining on casino slots online. It's a  5 reel, 25 payline slot with features like Cascading Reels, Wild Grids that are triggered after 3 successive wins and more. You can play this slot on all your mobile, desktop and tablet devices for stakes starting from 25p to £50 per spin.

Rabcat is an iGaming business based in Vienna, Austria. The company was established in 2001. We've seen a lot from them these past few years including enjoyable and memorable games, dark and brooding games and several other slots which incorporate new themes such as Crystal Rift.

Rabcat products are extremely high quality so it's no wonder that they've already attracted some of the biggest and best-known gambling brands. Companies like Obodo and Quickfire have already integrated Rabcat on their platforms. This is possible thanks to the back-end services. Check our video slots games here. 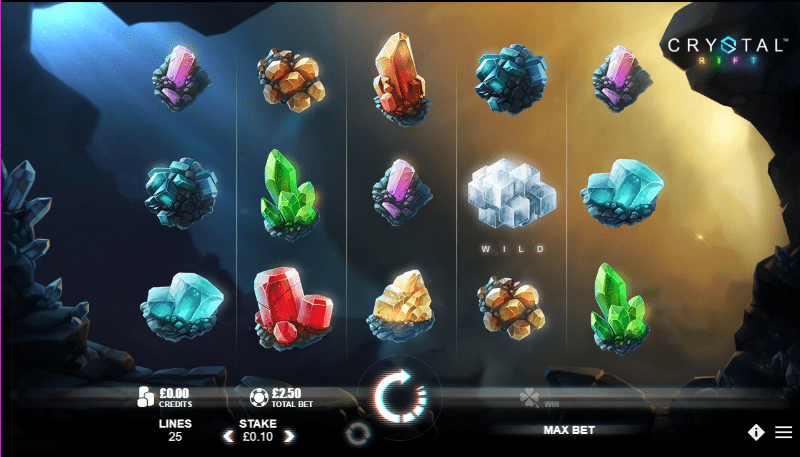 Crystal Rift has some very impressive visuals. The setting for the action is a futuristic looking crystal mine. Enjoy the advanced look from one of the best new slot games with the majestic graphics!

There are 8 different coloured rock symbols on the reels with the best paying among them being the amber rock which pays 2x, 10x or 40x your total bet when 3, 4 or 5 hit on 1 of the game’s 25 paylines. The shimmering white crystal acts as the wild symbol. This replaces all the other symbols and pays 40x  your bet if 5 lands in a row.

The Wild Grid has 4 different levels i.e. Insane, Mega, Super and Basic. The Basic Wild Grid can include as few as 2 unlinked positions. If an Insane Wild Grid is triggered, you could end up with 8 additional wild symbols. 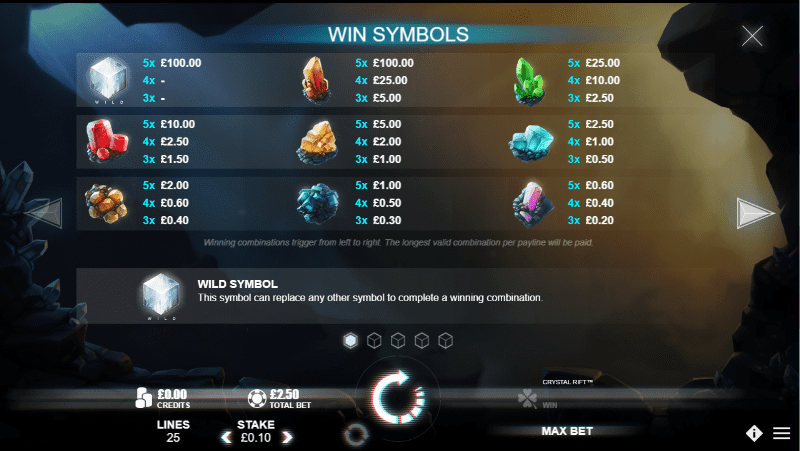 This slot doesn’t have any traditional bonus features. Things here are unlike what many punters are used to. The Cascading Reels game engine is one example and of course the concept of Wild Grids. The grids deliver enough action. As far as volatility goes, the slot falls in the middle range with the highest possible wins going up to 1,000x your bet if you are lucky enough to fill the reels with wild symbols and amber rocks.

Crystal Rift has a very futuristic look and sound. It’s one of those settings that wouldn’t be amiss in a sci-fi movie. Although the bonuses are foreign, gameplay is very easy to follow. If you like the Cascading Reels concept, then the Wild Grid element will make Crystal Rift worth a spin. Jingle Spin is also worth a spin.