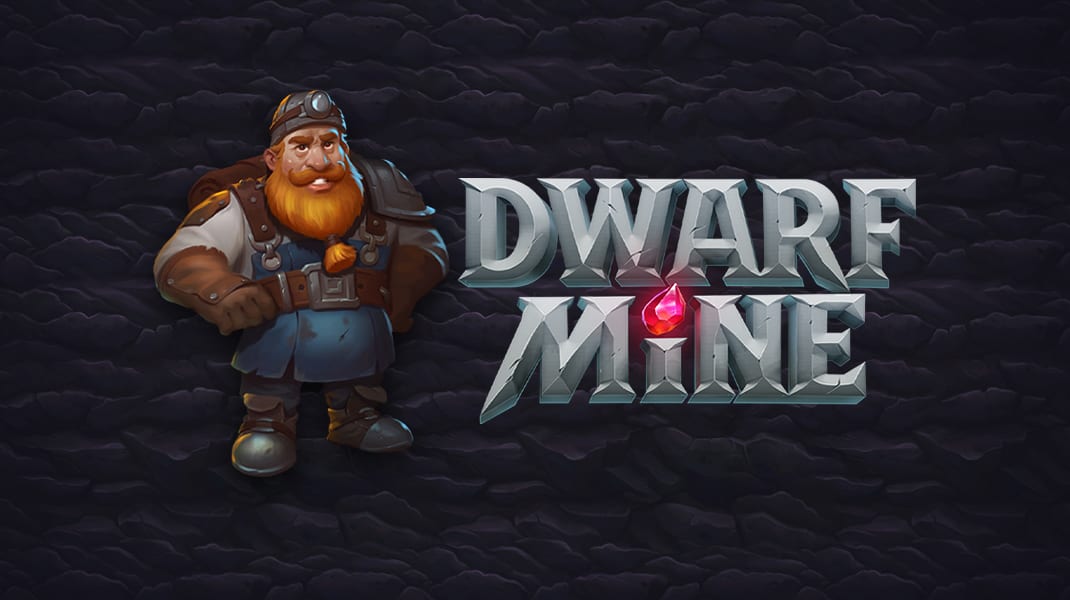 Dwarf Mine by Yggdrasil Gaming is a 5 reel, 1,024 ways to win slot. Features offered here include a Free Spins feature, multipliers, expanding reels, etc. The expanding reels increase and provide up to 16,807 ways to win.

When you form a win, a multiplier will be added. A special free spins feature wins you 5 free spins where only super high value symbols are in play. Stakes start from 10p to £125 per spin on all tablet, smartphone and PC devices. Play today at Wizardslots.

Players will go deep underground to the mines where a mining dwarf stands at the right. Symbols on the reels include hearts, spades, diamonds, and clubs. There are also helmets, shovels, lanterns, and axes.

The feature includes 4 super high value symbols all different coloured gemstones. The red one pays the highest value rewarding 4x your bet when 5 land on a payline. The free spins occur on a 5x7 reel set. 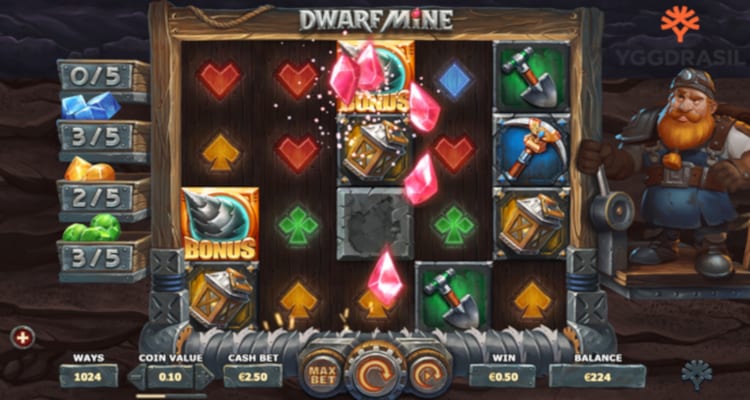 Yggdrasil Gaming is an online software Malta-based company founded in early 2013 by Fredrik Elmqvist who was a NetEnt CEO. Fredrik’s goal was to create technologically advanced gameplay instead of focusing on number based games.

The unusual company name is picked from Scandinavian Mythology where Yggdrasil is used to refer to a mystical ash tree where dragons and eagles gather. Yggdrasil also represents the door to all 9 mythical worlds, including Asgard the place the gods call home. They are also known to have high RTP play slot games online.

Yggdrasil is still a relatively new company, but they've already managed to gather a large following. Their fame is due to their use of modern day technology and reliable customer support. They produce the best new online slots in terms of design and gameplay. 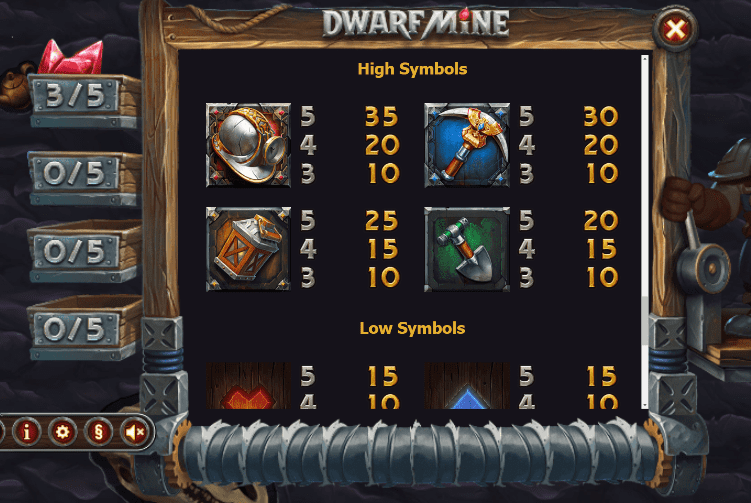 Dwarf Mine has a nice design and some great bonus features. The multiplier element is a nice addition and a very rewarding one. When more than 1 symbol appears on the reels, the multiplier is added. This can be especially lucrative during the Collection Free Spins feature where there are only super high value symbols appearing on the reels.

The slot has a medium to high variance where wins can go up to 4,000x your stake on every free spin. If you love the mining theme, you will like this slot. Make sure you check it out on your favourite online casino sites. Or have you tried Vikings Fortune: Hold and Win?