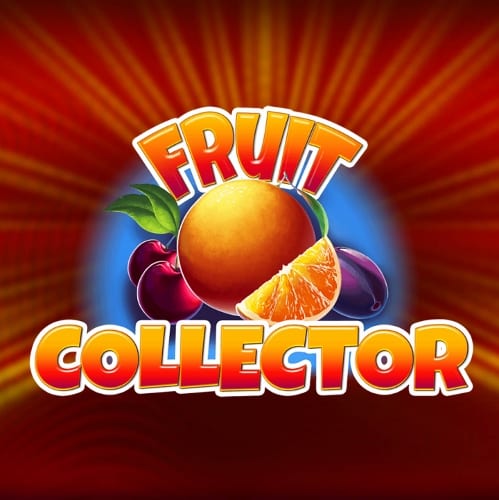 Fruit Collector by Inspired Gaming is a 5 reel 10 fixed payline slot that’s got a classic fruit machine theme. Players who love the simple appeal of a fruit machine slot, but love the modern touch will feel well catered for here thanks to Inspired Gaming. There are unique and exciting bonus features on offer in this slots online including; the Multi Cash Collector Bonus is where free spins are awarded when the feature is triggered thanks to 6 collector symbols appearing in view together with the golden ‘G’ on the 5th reel. The triggering symbols lock in place during all the spins awarded during the feature.

Huge payouts are possible during the feature especially if you have more symbols locking in place during the five free spins. for every ‘G’ symbol that appears on the 5th reel, players will receive the total amount of values indicated by the collector symbols. The collector symbols in the game can lands on the 1st, 2nd, 3rd and 4th reels each displaying multiplier values ranging from 1x to 50x your stake.

About the Fruit Collector Slot Game

Fruit Collector by Inspired Gaming is a classic fruit machine themed slot that will capture the hears of any fruit lovers because the design is all about fruits, and can be made even more entertaining through the use of slot bonuses. All your favourite symbols feature on the golden frame of reels that fall against a hazy red background with symbols on the reels including; watermelons, stars, blue and red 7s, lemons, cherries, bells, oranges, grapes, plums and pears. The special symbols in the game include the ‘collector’ symbol and the golden ‘G’ symbol.

About Inspired Gaming the Developer of the Fruit Collector Casino Game

Inspired Gaming is a well-known supplier of server based gaming (SBG) with their 50,000+ gaming machines taking bets in all the 30+ countries they offer services to all over the world. Inspired Gaming is a UK based company with over close to 20 years in the industry. They’ve got office branches all over the British Isles and continental Europe with over 10,000 staff working to produce their casino games. Luke Alvarez established the company and grew it to become one of the UK's most respected names in the online casino gaming industry where you can play online slots games.

Inspired Gaming started off with early forms of mobile gaming before developing and supplying virtual sports games and video lottery terminals until the firm was acquired by a private equity company of developers called the Vitruvian Partners. This move helped Alvarez and the company become better able to reach international markets and their British based betting audiences.

One of the international markets that Inspired Gaming set their sights on was the Chinese gambling market, because of gambling hotspot Macau where millions of gamblers frequent each year. Despite the fact that most forms of online gambling outside of Macau remain illegal, Inspired Gaming was able to close deals with the Chinese government in 2015 to offer a state-regulated national lottery where virtual sports games like football and horse racing are offered. 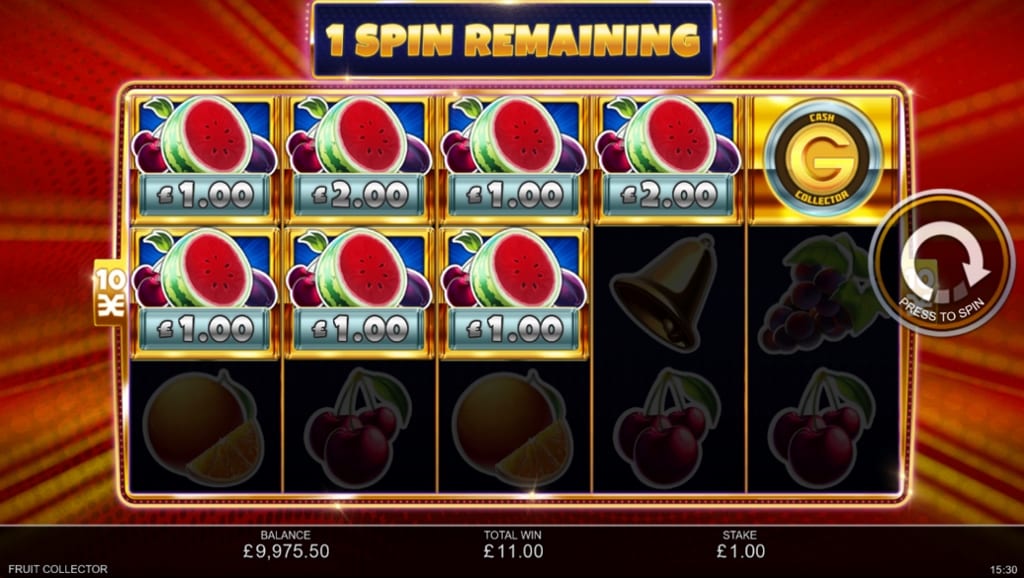 Fruit Collector by Inspired Gaming is an awesome slot that is one of the best slot games to play with a hard-hitting premise- your classic fruit machine favourite with a modern appeal. The standard symbols offer some pretty standard rewards and it also helps that the slot has an RTP of 95.1%. The bonus feature in the game is the Multi Cash Collector Bonus which is triggered when the collector symbol appears on reel 1, 2, 3 and 4 with each having multiplier values ranging between 1x to 50x indicated on there. If at least 6 collector symbols appear on the payline together with the golden ‘G’ on reel 5, then the Multi Cash Collector Bonus begins.

A payout for every ‘G’ symbol on the 5th reel will be cashed out and a total win amount of all values combined will be paid out. The feature can be extremely profitable because of the multiplier values the collector symbols come with.

For this and more adrenaline pumping action, make sure you check out this slot or some of our other fantastic titles like the Eye of Horus Slot if you are after the best slot games an online casino has to offer.