Joker Expand: 40 lines is brought to the online gaming industry through Playson’s. The game approach is a standard 5 reel formation with 40 pay lines. The theme (in general) takes a classic fruit symbol imagery into the reels.

As expected with such a theme, the creative features and elements are not going to have you writing a letter home. However, the pay-outs arrive with a satisfactory element in the form of up to 100 times your stake per play line.

There are additional features to kick up a fuss about as well including expanding wilds. Find out where to play online slots here.

Playson prides itself as being the leading developer in the online gaming industry. In doing so, it works to reach exceptional results by providing a quality user experience for its customer. The company is based in Malts but operates on a global level.

The company’s success is through delivering a variety of online gaming activities and of course UK slot games! The developers adopt HTML 5 technology that works effectively on different platforms. They have a workforce of over 250 developers. Much of their work concentrates on creating innovative graphics to allow their themes to stand out from competitors. 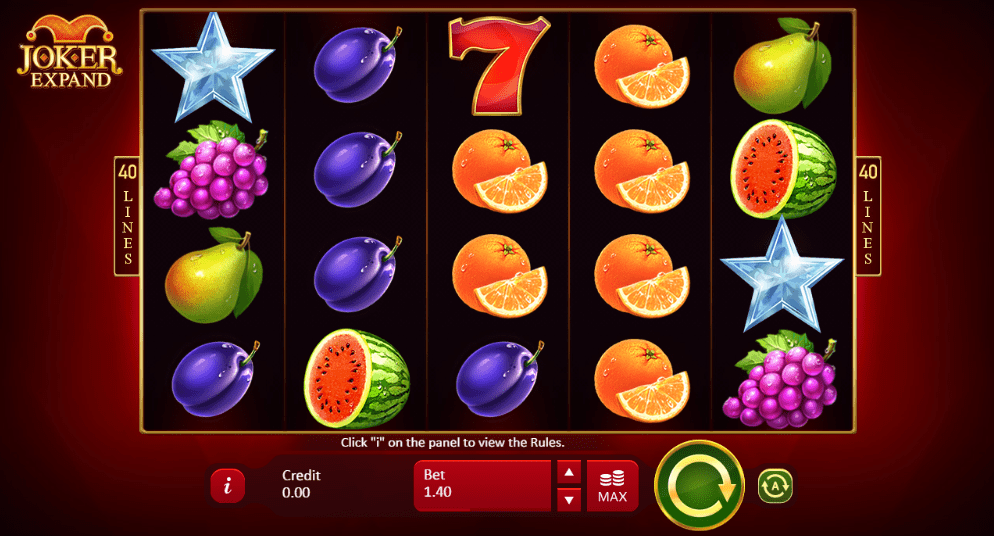 Here's one of the best UK online slots for new players! The game is fairly simple in nature. For example, the design does not hold much in the way of creative or alternative graphics. Yet, this simplistic and almost cheap feel gives a traditional aspect that may resonate in older players or those who see past the adventurous the ming that is so prevalent in 2018.

Scatter symbols come in the form of two stars and gold bars. The gold scatter has the ability to appear anywhere on the reels – landing 3,4 or 5 of these can award you with 3, 20 or 100 times your original. The wild symbol in this game is the royal harlequin – she will expand to fill the reels, having the potential to massively increase your winnings! 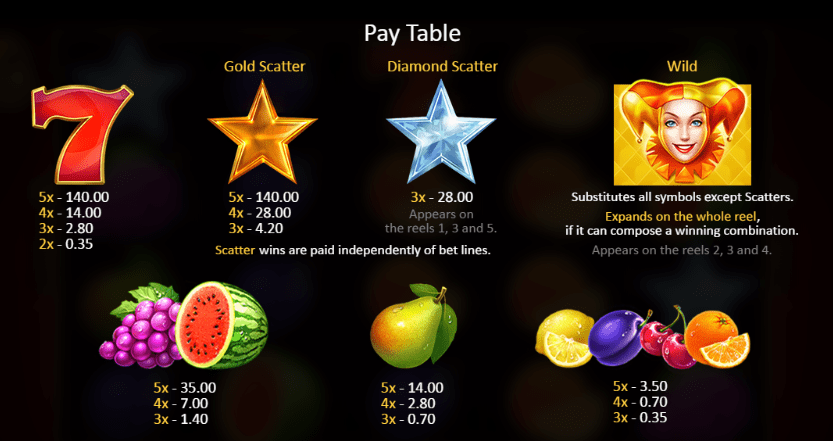 The stakes here start at 20 pence per spin and work up to 100 pounds per spin for those more adventurous players out there. The bonus features are practically none existent so you have to be on the lookout for the scatter and wild symbols.

The payouts have the potential to reward up to 812 times your stake so I guess it’s true what they say: “it’s the simple things in life that count”. If you liked this slot game, then you may also like Tiki Fruits?