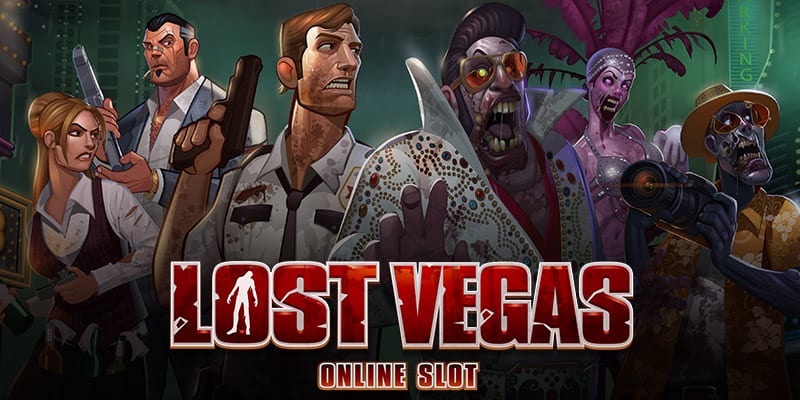 Prepare to be scared with Lost Vegas, a terrifyingly entertaining zombie-themed game from monster gaming developers Microgaming. Choose to play as one of the lucky Survivors as you battle with a clan of others including a bartender, a girl with a baseball bat and a gangster to stay in one piece in a post-apocalyptic nightmare.

Zombie mode features characters who look a little worse for wear, including some recent zombie converts and an undead Elvis impersonator. It's also good to UK Online Slots and find more slot games to spin the reel and play on!

Microgaming: The Developers of this Slot Game

Microgaming is a behemoth in the world of online gaming.  Based in the Isle of Man and established in 1994, this innovative developer set up the first online casino in the world - a site is known as the Gaming Club which has stood the time.

The creatives at Microgaming are responsible for producing over 850 online games catering to every taste imaginable, from Game of Thrones to Playboy and Jurassic Park to Jungle Joe El Dorado.

The gaming giants are known for monster progressive jackpots which have already exceeded £710 million in payouts.  As well as online games, Microgaming has led the way in multiplayer games, sportsbook and live dealer services. Hurry up, make a deposit and play slot games on the internet now: 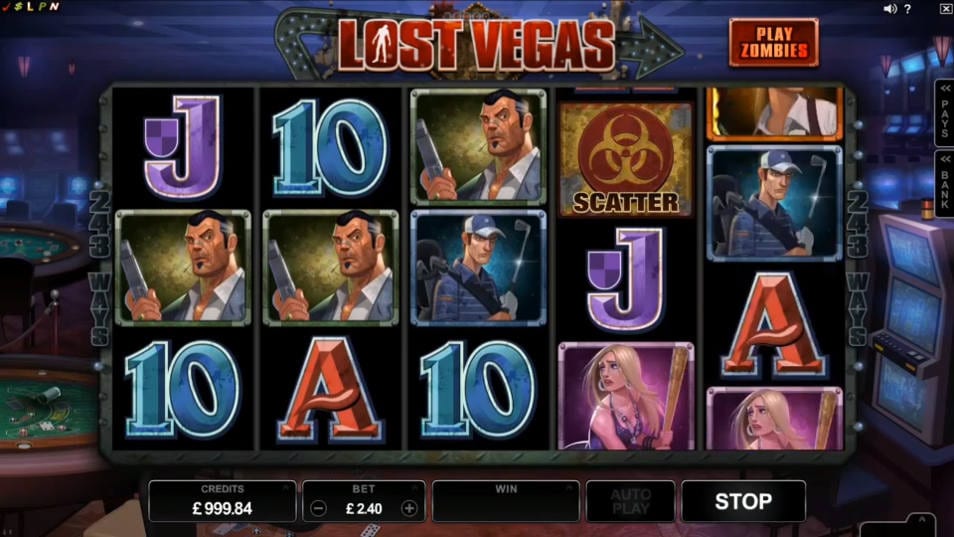 How to Play Lost Vegas Slot

To start with players have a choice of playing as Survivors or Zombies (you can swap at any time) with unique bonus rounds for each character. Check our guide for best slots based on bonus features when you visit here.

Unlimited free spins: Three hazard sign scatter symbols in view awards unlimited free spins.  Every time a basic value symbols (A, K, Q, J an 10) spins into view, the symbol morphs into a cash amount and a counter drops.  As the feature progresses, the potential for huge wins increases, but when it hits zero it’s time to get out of there with your winnings.

Blackout Bonus: The Blackout Bonus can be triggered after any spin during the base game in Survivor or Zombie mode.  Here is an overview of how it works in both modes:

Survivor: On activation, symbols are randomly turned into cash prizes.  If the scatter symbol is anywhere on reels 1-5 when the Blackout Bonus is triggered, players will also be awarded the free spins bonus

Zombie:  Once the free spins begin, zombies can appear randomly on any reel and ‘infect’ that reel, turning into three stacked wilds.  Once all five reels are infected feasting time is over and it’s back to the zombie base game.

Zombie Fist of Cash (Zombie mode): This feature is randomly triggered after any spin in base mode.  A giant zombie fist smashes through the bottom of the screen and awards a fistful of cash to glut on. 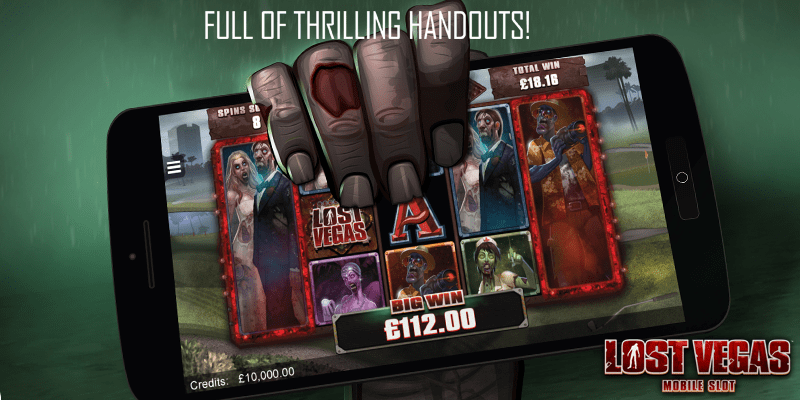 The Verdict on this Slot

Lost Vegas is a triumphantly creepy foray into zombie-themed online slots by Microgaming.  The graphics create an eery atmosphere from the outset while the ability to choose to play as a Survivor or a Zombie (with different premium symbols and features for each) gives the game an interactive feel.

This game will definitely appeal to fans of zombie movies but entertaining features like Zombie Fist of Cash and the Blackout Bonus will broaden its appeal. If you liked Lost Vegas then you might also like EmotiCoins online slots game.