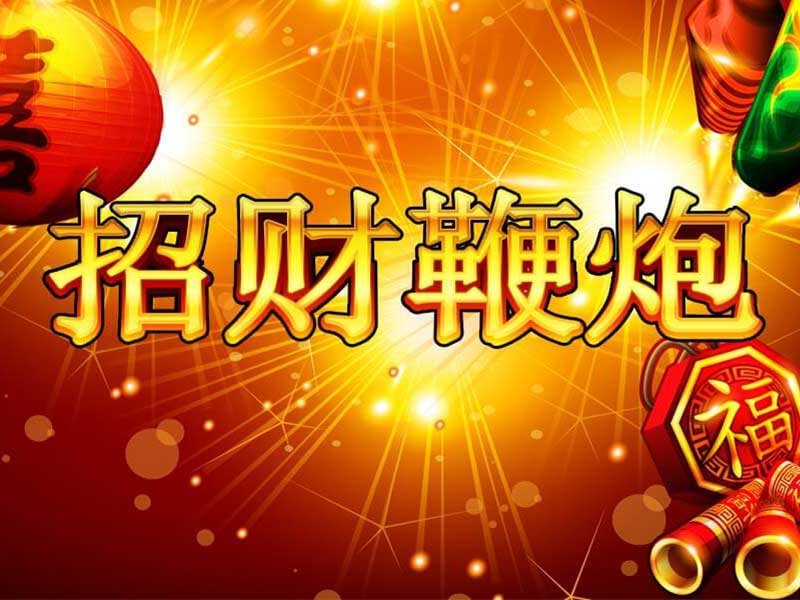 Lucky by name, lucky by nature, Microgaming has released the next best thing on the slot game market. No surprise, Lucky Firecracker bestows a combination of slick gameplay with top-end graphics, which we have become to expect from Microgaming. So, what’s the crack with Lucky Firecracker slots you might ask?

This 5-reel oriental-themed slot game was first released in 2015 in order to coincide with the Chinese New Year. As you can imagine the theme of this fantastic slot game is heavy Chinese focused, which we believe your just love. The non-progressive slot features 3 rows and an amazing 243 ways to win makes this game fantastic regardless of the theme.

Are you a fan of standard 5x3 reel grid, who am I kidding of course you are! With the title of the game emerging overhead of the reels in both English and Chinese letters, just to make things a little more exciting. The cherry red background makes pop the reel pop from the screen, providing you with greater clarity and viewing pleasure at wizard slots.

We consider the game icon’s to be outstanding as a result of the professional rendering. In regard to the coin values it’s fairly simple it starts at just 0.01 and tops out at 0.50, which means you don’t have to break the bank to play. The Auto Play mode enables up to 100 automatic spins with wagers up to 10p coins per line.

One of the most respected developers within the igaming industry Microgaming has had a long and successful career. Not many companies can brag about success dated back to 1994, in which Microgaming launched their first online casino ‘Gaming Club’. Microgaming Viper software introduced in 2002 enabled the company to exceed potential.

Subsequently please slot game fans with new and innovative gaming design with a range of cool and exciting themes. Not much has changed for Microgaming in terms of exceeding potential and has broken the records in igaming for having paid out more than $100 million in jackpots over the past 10 years.

The real question you're probably thinking, can Lucky Firecracker live up to the high standards of Microgaming? We certainly believe so, unlike some game developers that limit jackpot winners, Microgaming pays out regularly making things just that little more exciting. Be sure to check out more online slots exclusively at Wizard Slots. 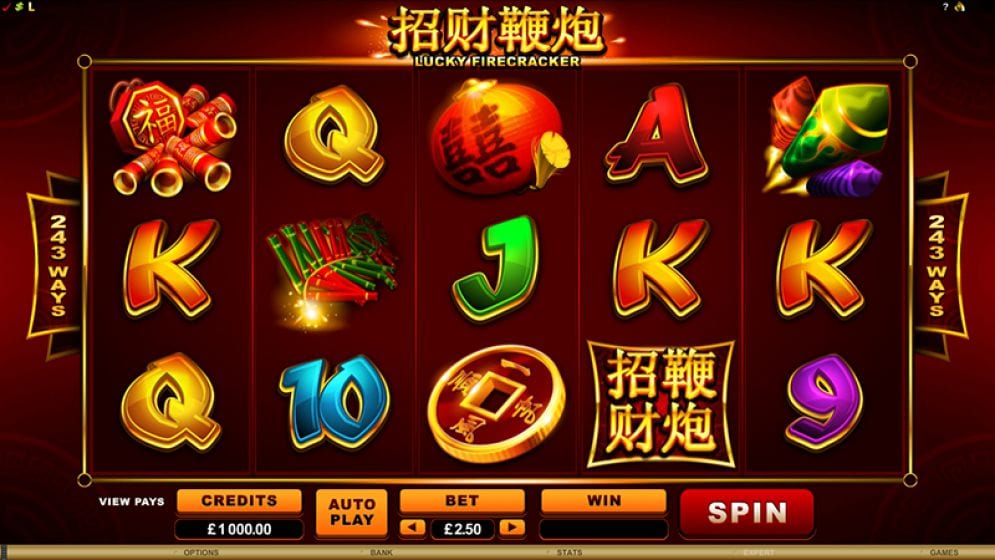 The Luck Firecracker symbols include sparklers, firecrackers, golden gongs, rockets and a paper lantern. Introducing retro playing card symbols such as 9, 10, J, Q, K and A could be considered a risk but one which has definitely paid off. As expect the playing cards represent the lowest-value icons on the reels.

The four golden letters of the Chinese alphabet are the game’s wild can be replaced for all symbols. This enables you to form combinations of matching icons. In the play, the wild appears on the second and fourth reel. The scatter is a Chinese dollar symbol, which doesn’t have to line up and will grants pay-outs wherever it lies. So, whatever you do keep your eye peeled for the scatter symbol.

Simplicity is key within Lucky Firecracker as no complex bonus features or mini-games available to you. On the other hand, if free spins are your thing this game has you covered. Activating this bonus is easy, by hitting three, four or five of the icons anywhere on the grid automatically rewards you with a traditional pay-out, as well as 15 free spins. This game goes above and bound with all subsequent wins come with a massive 3x multiplier. Don’t worry, this feature can be re-triggered during the free spins.

Matching combinations are aplenty in this Microgaming slot game, each matching combination you manage to uncover will reward you with the opportunity to gamble. If the suspense wasn’t enough, by clicking the glowing gamble button at the bottom of the screen you will then be asked to predict the colour of the next card to be drawn from the deck.

If you are able to guess right you will double your winnings, that’s right double! On the other hand, guess wrong and you’ll lose the money. Players are subject to five correct guesses before being returned to the base game. We consider this slot to be rollercoaster of adventure with so many ways to win available. So, if you're interested in playing, why wait? Discover more now with wizard slots. Our guide is always available for new players to help them choose the top slot games to play today. 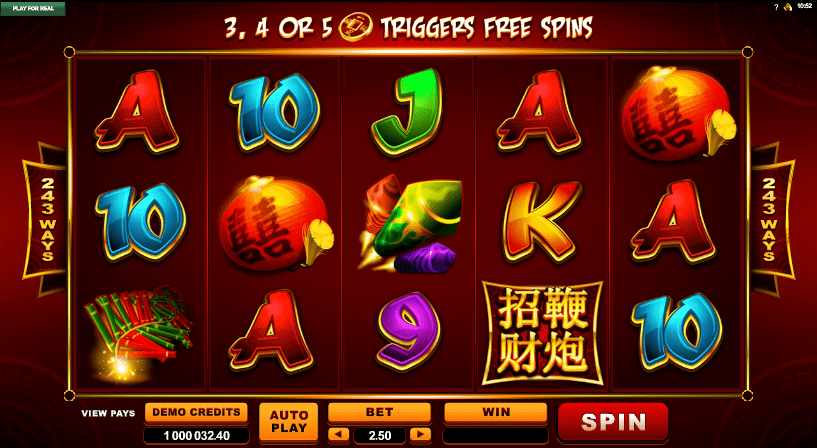 Although it’s not currently Chinese New Year, why wait? The Luck Firecracker sends you into the centre of Chinese themed action. If you’re looking for free spins, fun game play or striking graphics which pops off the screen this is definently the game for you!

As mentioned, the standard 5x3 reel grid casts an instant mood of exhilaration amongst players. The integration of English and Chinese letters is a work of genius from Microgaming as it effectively immerses you into the theme of the game.

In conclusion, the games professional rendering adds to the slot but we believe it's matching the combinations feature which tops this game. The opportunity to gamble, just builds the suspense, as it offers you  the chance to double your winning, which doesn't come around oftern in a slot game. If you like this, you will love Lucky Little Devil!