Here is a futuristic feeling online slot game that brings something a little different to your traditional fruit machine. A reel layout of 7 by 7 creates an innovative way to play, spin and hopefully win on Moirai Blaze.

Playable across all of the smartphone, tablet and desktop, this game follows the narrative of a fantasy tale and the famous festival of lights, creating a unique theme as well as a unique layout.

If you're a fan of this slot why not check out our other games at Wizardslots.

Iron Dog Studio is the brilliantly named developer behind Moirai Blaze and it’s they who had the vision to create such an ambitious, futuristic slot game alongside this fantasy theme.

Although not one of the most prominent names just yet in the slot game scene, they show just how good they are here with amazing graphics, tied in with a smart soundtrack. If you like what you have seen from Iron Dog, Wai-Kiki provides another great slot game that will capture your imagination. 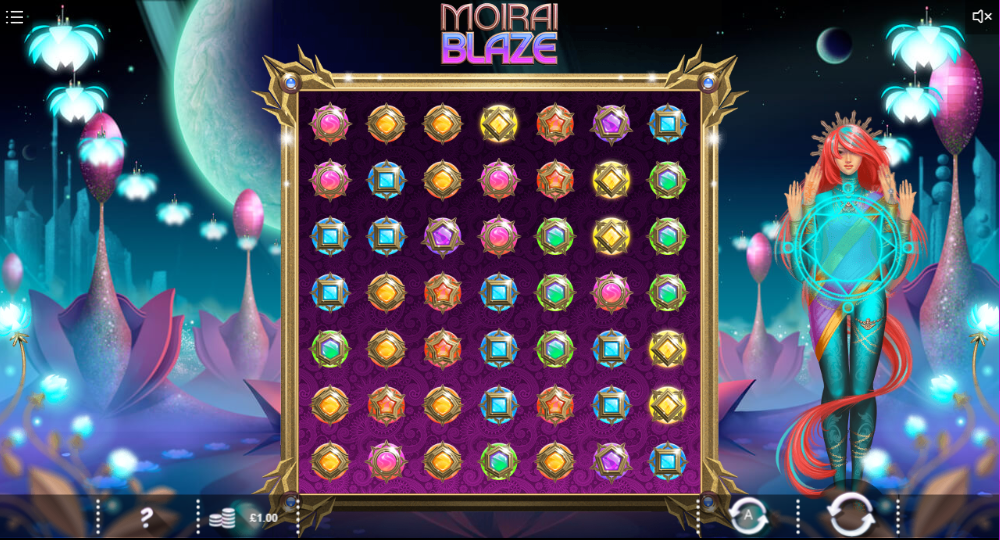 Moirai Blaze is a very original slot game and its theme and gameplay are both reasons for this. A 7x7 grid is what you have to work with, with a range of different colourful and lit up symbols acting as your tools to create wins with. For new players, this is considered as one of the best slot games to play today.

Vibrant colours of purple, blue, yellow, green, orange and pink, all of which are vividly animated and expertly executed, create a really colourful and eye-catching game. To create a win, you need to line up at least 5 of these coloured lights in an adjacent fashion, with flexibility in how they look once you’ve got that winning combo.

At first, this may seem a little hard to grasp - especially if you’re more into the old school games with simple layouts - but you’ll find that you soon learn what winning combos look like. With so many symbols on the reels, there is a possibility for some stunning-looking wins, too, with the landing of between 21 and 49 symbols creating some big wins. 49 symbols is, of course, the entire board so, whilst this is hard to conjure up, such an outcome is both visually stunning and generously paying, too.

Wins create a tumbling animation which sees the used, winning symbols move down the reels and land in empty spaces. This action will continue on and on until there are no winning combinations to be made. This feature is lovely to watch and almost soothing as, combined with the rather tranquil soundtrack, the feeling of wins and well-animated graphics, you have an idyllic scenario.

There is wild in this game, too, which swaps in for other symbols to create yet more winnings situations. Furthermore, winning streaks trigger more features - namely, 25, 50 and 75 tumbles which should conjure up some nice wins as mentioned earlier.

Surely if you play a lot of casino slot games you've heard of this one! 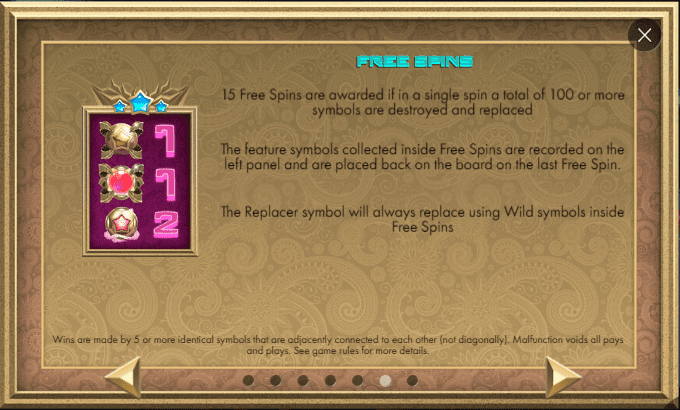 For its original layout and free-flowing feel, Moirai Blaze has to be rated very highly indeed. Animations are smooth and so is the soundtrack which, in combination with the tumbling element that the game offers creates a beautiful experience.

If you enjoyed this fantastic festival why not try out Queen of Thrones.