In a magical land far away, where unicorns fly in the sky and the mail is delivered by white doves there’s a grand castle where Platinum Goddess lives. She is in search of a handsome God. With her lovely platinum blonde hair, she’ll find one in a flash!

Platinum Goddess is a 5 reel and 40 payline slots by IGT Gaming with a fantasy theme. The slot is beautiful with a magical soundtrack and charming graphics. Platinum Goddess comes with some fantastical features including a free spins feature which instantly awards 7 free spins and a rewarding super stacks feature where symbols transform for bigger payouts. 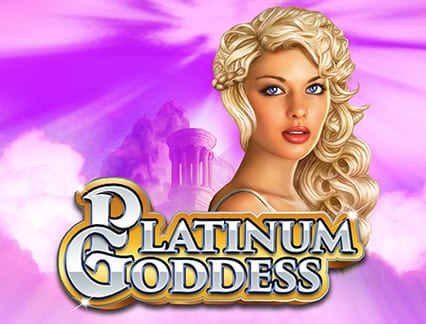 Powered by IGT Gaming, Platinum Goddess is a 5 reel and 40 payline slot games online with a fantasy/medieval theme. Take a visit to the magical kingdom far, far away and greet the Platinum Goddess and her God. If you’re nice they may give you some of their mysterious treasures! Visually, Platinum Goddess looks very ethereal with pink skies, pretty pink roses and a grand castle. The soundtrack is light and airy which suits the theme so well. The reels are covered with magical symbols including the Platinum Goddess, God, Pegasus, red rose, and a white dove.

The Wild Symbol - The wild symbol is the Platinum Goddess logo. The wild replaces all other symbols on the reels to form winning combinations.

The Scatter Symbol - The scatter symbol is the red rose and it can land on reels 2, 3 and 4 only.

Super Stacks Feature - The reels can appear stacked and they can transform into a regular symbol before every spin. Before the bonus, you’ll need to choose a rose from the selection of roses to reveal the dove, Goddess, God, or the Pegasus.

IGT Gaming delivers top-quality entertainment from lotteries to digital gaming, social gaming and gaming machines to players all around the world. They have a wealth of unique and entertaining content to suit players of all kinds which use cutting-edge technology.

All of IGT Gaming's best slot games have stunning 3D animations, high-quality audio and new technology. They have a wide range of online slots from jackpots to video reels, spinning reels, and standard 3-reel slots. If you enjoyed Platinum Goddess and want to see more of what IGT Gaming has to over then make sure to check out these titles: 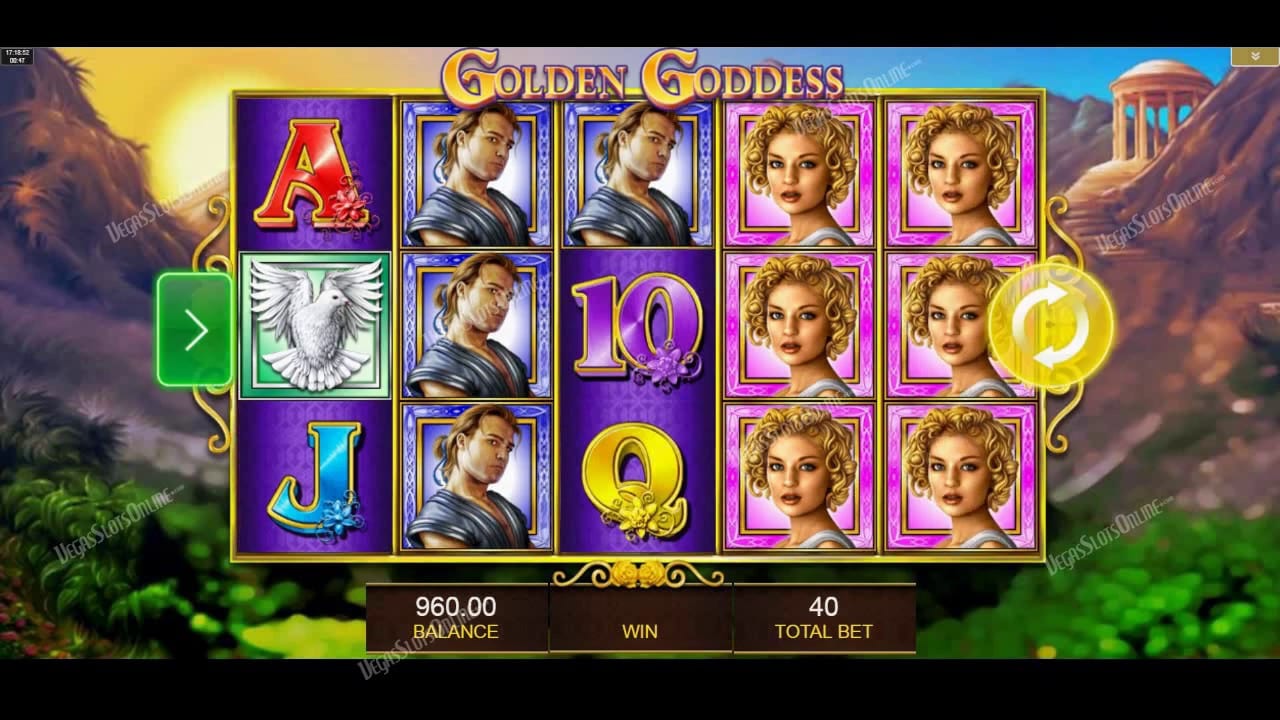 If you looking for a fun and easy fantasy-themed online slot then Platinum Goddess is a great choice. The design is magical, the soundtrack is great and the theme is a popular favourite. Although Platinum Goddess isn’t jam-packed with bonus features and extras, it’s still a nice slot to play. The most rewarding feature is possibly the super stacked feature as symbols can appear stacked to generate a good win.