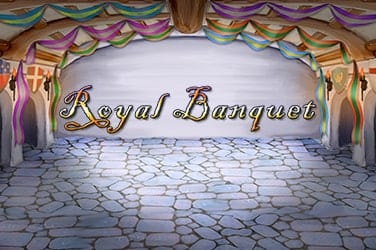 Royal Banquet is an online slots casino game set in a banquet room itself, possessing a floor made with stones and a ceiling adorned with colorful drapes. The game is developed by uk online slots renowned developer, Saucify.

This video slot's reels are the standard five by three grid and feature cartoons and animations as symbols. You'd find the game rather fascinating and funny with its characters, the game is colorful, and the soundtrack gives you a feel of royalty.

The five reels have 20 paylines, and there are more than 35 winning combinations with a variety of symbols. The payline, like in many other online slots, allows for multiple betting options.

There is a maximum jackpot of 5,000x, which is possible with features like wild, scatter, free spins, and a bonus round game. You can read more about slot online games below or head on to play it now on Wizard Slots.

Royal Banquet is developed by leading online slots UK game developers, Saucify. Saucify is known as the visionary and philosopher of online slots. They offer expertise, experience, and fun in their games.

They've become a brand to look up to as you'd find their slots online packed with different themes and high graphics, vivid soundtracks, and overall fantastic gameplay. Saucify has changed the face of online slots UK, and they show no signs of stopping with their team of entrepreneurs, gamers, and innovators. Their top online slots include:

You can play these online slots from this developer now on Wizard Slots. 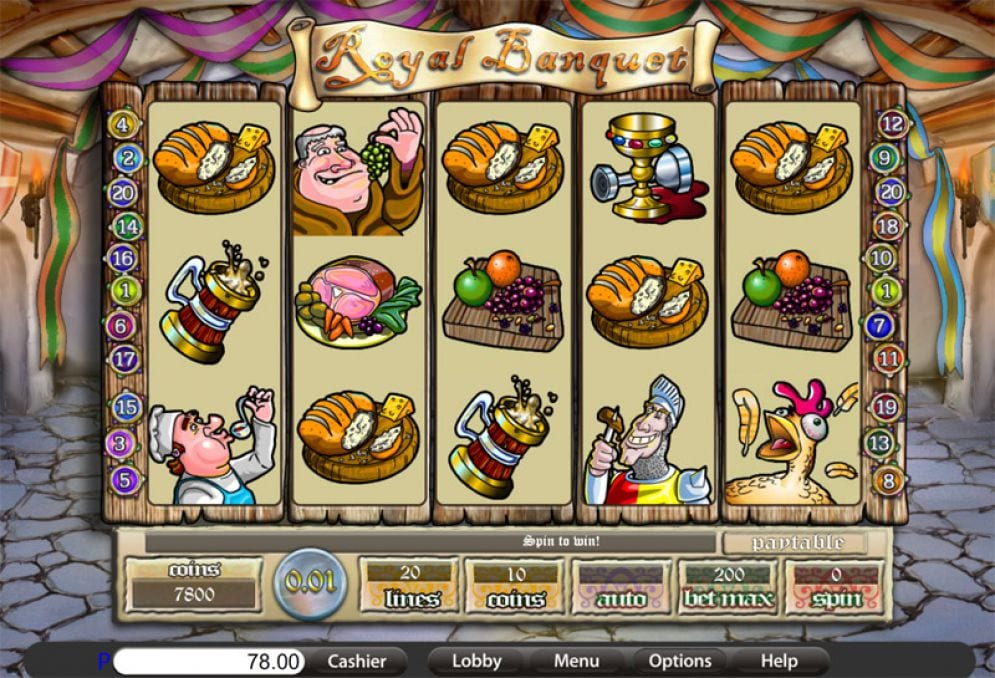 Royal Banquet is a humorous game with its cartoonish symbols and animations. The reels are set against a backdrop of a royal banquet room, and on the reels, you'd find cartoonish human characters, foods, and drinks.

The symbols include Queen, Knight, Friar, Chef, Tavern Maiden, Cheese, Bread, Cheese, Monk, Fruits, Beer Stein, Goblet, a Royal Jester, and King Eric Eat-a-lot. These symbols all have their paying values. The Queen is the highest paying value who wins you a vast 5000x your stake when you land 5 of her on an active payline.

The monk is next with a payout of 1500x when you land 5 of him, followed by the knight with 1000x and the others within the range of 750x and 100x, all when you land five on an active payline.

The King Eric Eat-a-lot symbol is the wild symbol that can substitute for every other symbol except the bonus game symbol and the scatter like in most slots online.

The Royal Jester represents scatter, and landing him three times or more will get you free spins of up to thirty. The Chicken is the bonus game symbol, and when you land three or more, a bonus game called 'Test the Broth' automatically unveils to maximize your potential wins.

Most online slots uk come with an autoplay feature, and it's no different in this slot. The autoplay offers you a chance to set the number of spins you want from 10 to 100. This game's betting range can range from 1 coin to 10 coins per payline, while the coin size can range from 0.01 to 0.25. The maximum bet per spin is 200 coins. 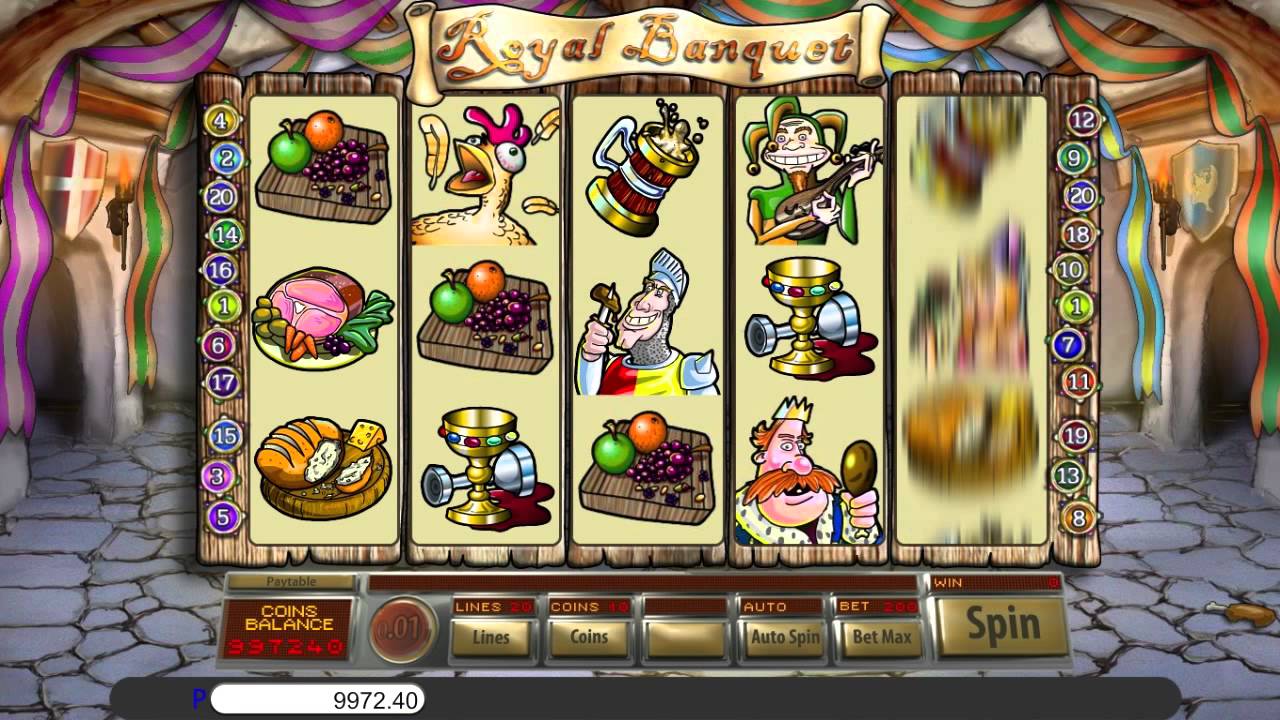 Royal Banquet has one game bonus but other symbols that would multiply your wins in this slot online. They include:

You can trigger these bonuses in this game and for many other online slots uk when you start playing now on Wizard Slots. 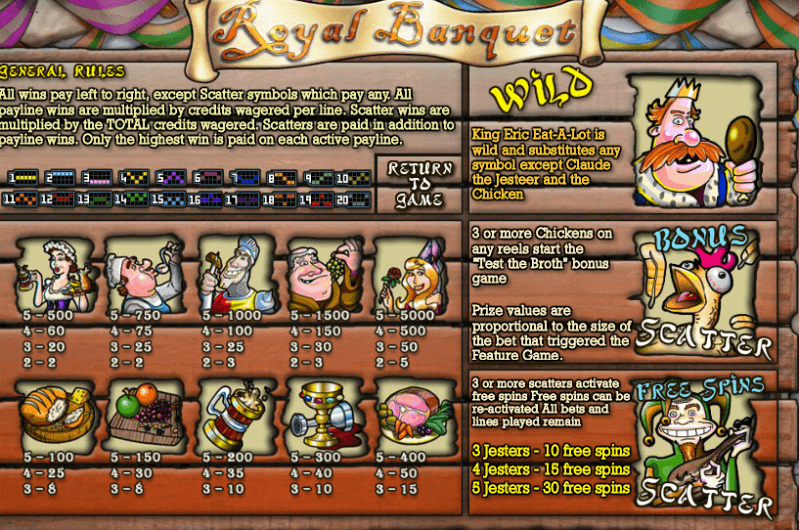 Royal Banquet makes up for the lack of humor and cartoons most standard video slots seem to lack. It also offers you bonuses and a jackpot to accompany your fun experience.

It might not be the greatest looking game and has an unaccounted RTP, but it’s sure worth giving a try. You can start playing this game or the Reel Hunters slot and win big now on Wizard Slots!