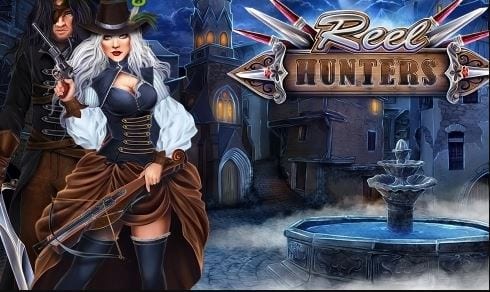 Reel Hunters by Reel NRG is a 5 reel and 20 payline uk online slots game that you can now play on Wizard Slots, the slots online UK casino. Some of the casino bonuses you will enjoy in this game include a bonus feature that will win you a 500x multiplier.

There are also free spins to enjoy- the feature starts off with 9 then you go activating multipliers 1x, 2x, 3x, 4x or 5x when high value symbols land on the reels. Scatter symbols that land during the feature will also award players extra slot games online free spins.

Reel NRG is one of the latest software developers to make their debut in the online gaming market. They offer a wide variety of slots on slots online UK site Wizard Slots. The company has been operating since 2013.

They’re still considered pretty new in their field, but they’ve proven themselves time after time. The company usually focuses on slot games mostly. They used to dabble in table games like blackjack, roulette, craps, etc., but they chose to focus on online slots. The company is well regulated, having got licenses from the UK gaming legislation. 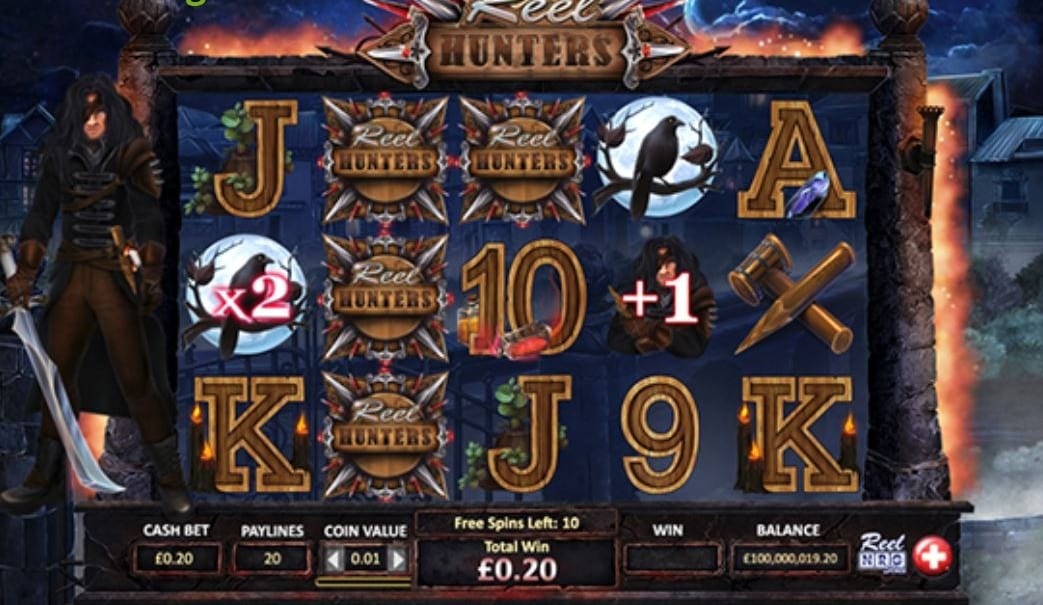 Reel Hunters will reignite your passion for adventure as you go hunting for treasure in this 5 reel, 20 payline slot. The action takes place outside of a residence at night. Blinding lights flash from behind the reels adding on to the suspense that the setting creates.

The symbols in the game can rise 3 symbols high and payouts occur from left to right. Symbols on the reels include card values A, J, K, Q, 9 & 10, a crow, a candle and an axe. There are also special symbols in the game like a wild symbol that is represented by the “Reel Hunters Logo” symbol. 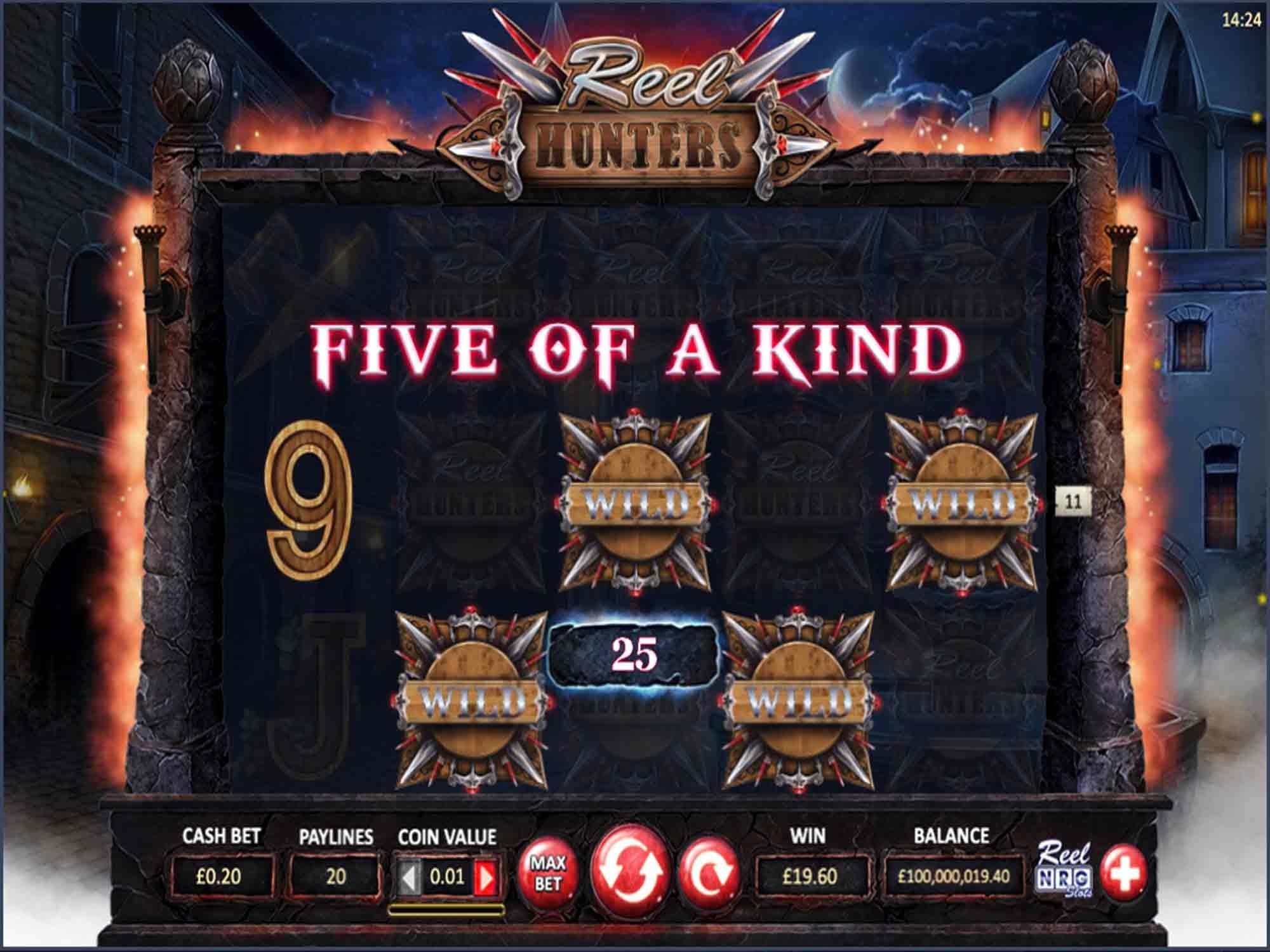 Some of the bonuses you get to enjoy in online slots UK game Reel Hunters on Wizard Slots include; 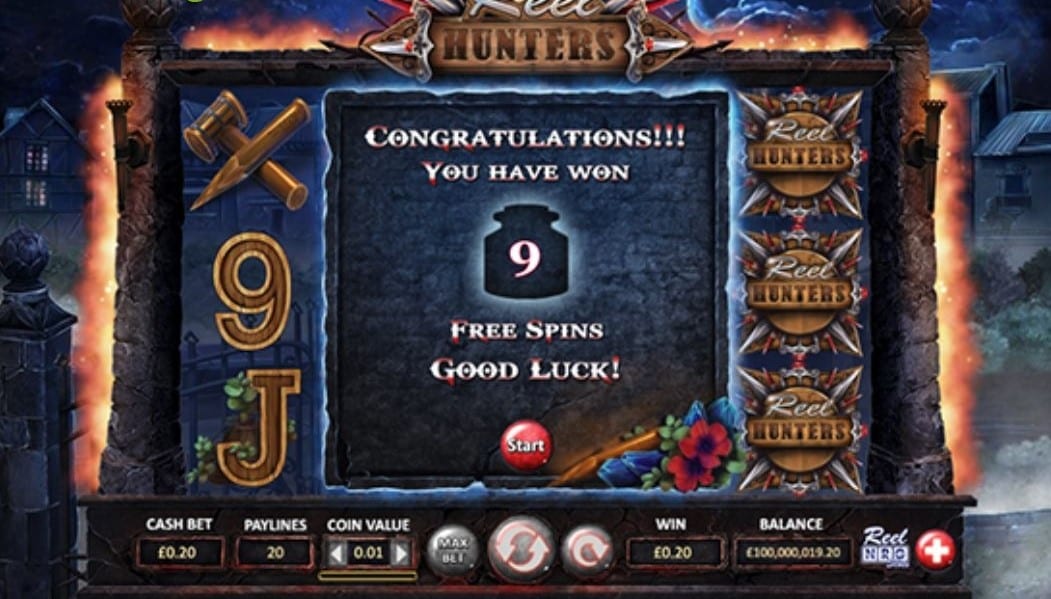 Our Verdict on Reel Hunters

Reel Hunters by Reel NRG is one of the slots online UK games that you can play on Wizard Slots casino. You get to enjoy some pretty decent features from the game such as a Free Spins feature that comes with random multipliers and extra spins.

The Bonus feature is essentially a multiplier bonus so those wins can flow in fast. The feature looks good, plays out well, and is very straight forward. Beginners won’t have any surprises waiting for them here- there aren’t any random features. You get to win from wilds, scatters and free spins. Play Reel Hunters on Wizard Slots for more games, like the Reel Bunnies slot.