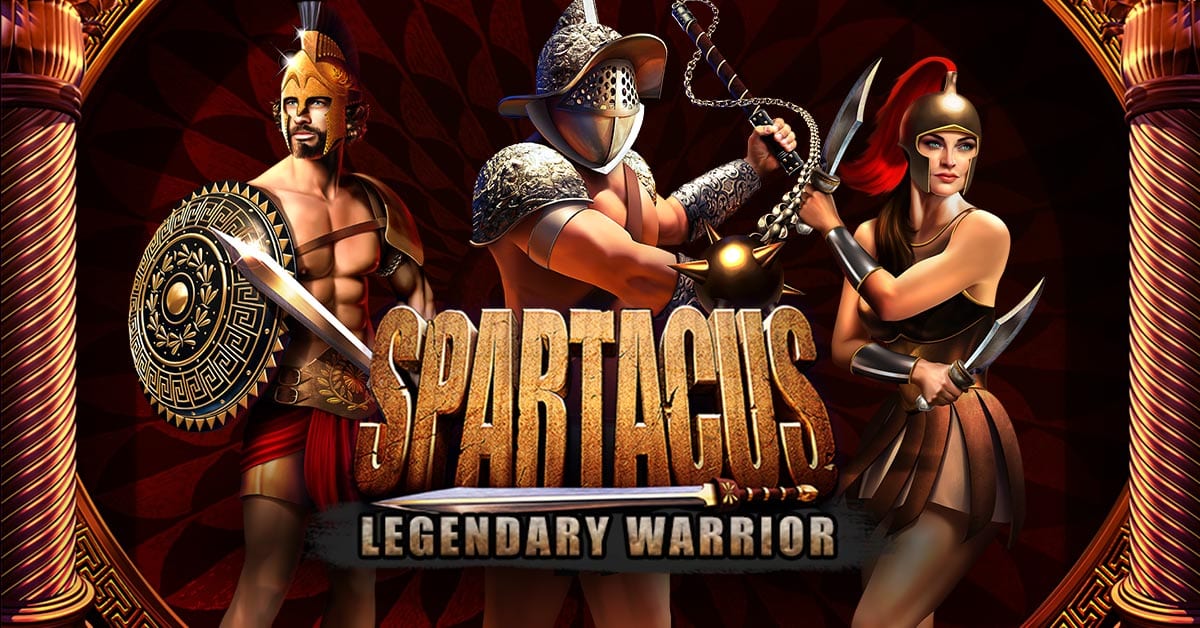 Spartacus Legendary Warrior is an online slots game which is based around an Ancient Roman theme. Spartacus was a historical figure who led a gladiators’ revolt against the military might of Rome, and the game’s graphics reflect his story.

The game offers five reels of entertainment, with the number of rows varying according which of the game’s features are in operation. Read the rest of this review to discover more about Spartacus Legendary Warrior! Find more slots play here at Wizard Slots!

This game has an innovative reel structure. While five rows are in play most of the time, the action can increase in size to 10 rows, giving you more options when it comes to building winning combinations on the reels. The wild symbol is easy to spot as it is simply the word ‘Wild’. There are also Spartacus logos to look out for, which can expand to fill up more than one space on the row. Deposit and play UK slot games today!

Most of the action in this online casino game is centred on the three free spins features you can play. The first of these is the Recruit free spins feature, which is triggered when three of the amphitheatre scatter symbols land on reels one, three and five in the top five rows. You get 12 free spins, and wilds are added randomly to the reels.

The Hero free spins is triggered when the amphitheatre symbol appears on the first, third and fifth reels in the lower part of the screen. Again, you get 12 free spins with wilds being randomly added as you play and these can expand to give you multipliers that vary from 2x to 5x. The Legend free spins feature is triggered when you spin in three amphitheatres plus a wild. It offers multipliers as potentially large as 3,125x. 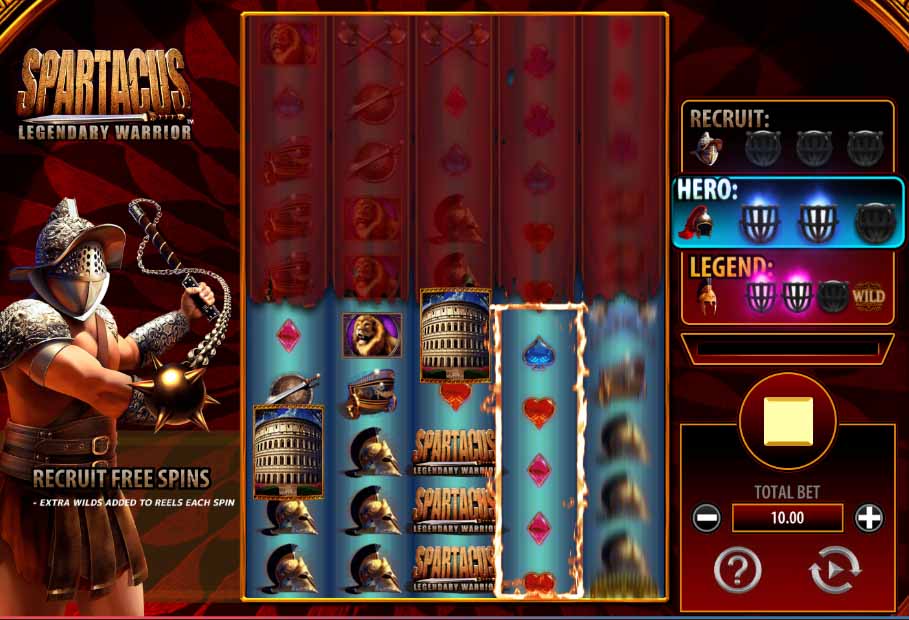 Spartacus Legendary Warrior is a game which was developed by WMS Gaming. WMS is a company which has a long history, with its roots dating back to 1943. That was when an entrepreneur called Harry Williams founded the Williams Manufacturing Company, which would eventually become WMS Gaming.

Pinball machines were the company’s specialty to start with, but it soon moved into the world of computer gaming by the 1980s. WMS also started to manufacture physical, cabinet based slots games, and this remains an important sphere of activity for them, even in the internet age.

It was not until 2010 that WMS moved into the world of online fruit machines. They began by moving into the UK market, due to its strict regulation and the maturity of the gaming market there. A year later, they would move into the US market too. They are known for some of the best-rated online slots! And you can find more slots from this series right here at Wizard Slots: 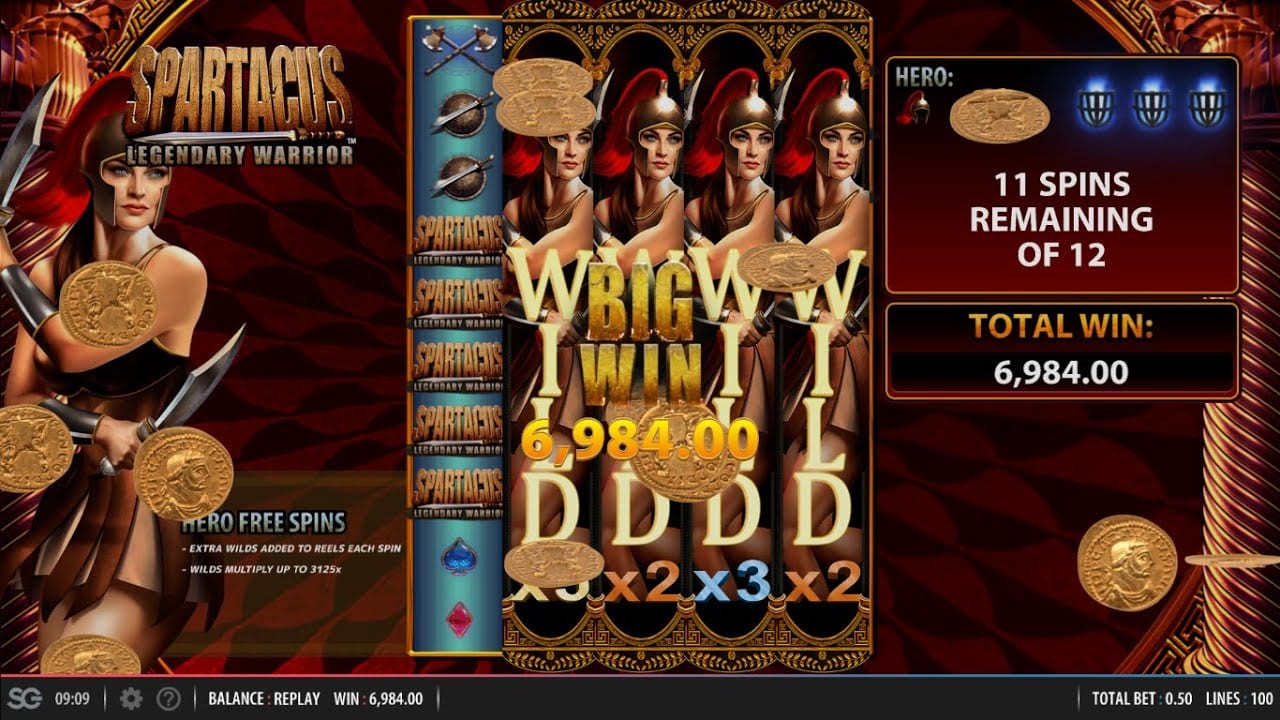 The Verdict on Spartacus Legendary Warrior

Spartacus Legendary Warrior is a game with slick graphics and some great bonus features. The way the reels can expand is a novel and interesting feature of the game too, which takes it to a level above most of its competitors.

We highly recommend this game, and you should make sure you look out for it in your favourite online UK casino. Anyone who enjoys playing slots online should find plenty to enjoy in this game. Or why not play Ancient Fortunes: Zeus?