Strap in and gear up for some high octane action (kinda…) for the latest of Saucify’s casino slots, Nascash.

You may have already put two and two together to realise that this is a Nascar themed slot, and just like the sport itself it’s all a bit tacky in quite a satisfying way.

From the cheesy pop-metal guitar soundtrack to the symbols of hot dogs drenched in mustard, just about everything in this game is a testament to that Americana cheese you hate to love.

But what about the mechanics of the slot underneath? Well, like the majority of Saucify’s slots online, it’s presented nicely, easy to use and genuinely quite fun to play, although it’s lacking a little on the slot bonuses front.

If you’re into your Nascar or just appreciate the cartoon-style Americana vibe though, we would recommend this slot to you - in particular to be played at online slots UK site Wizard Slots.

About Saucify - the Developers of Nascash

As an outfit, Saucify are somewhat mysterious. There isn’t a lot of information to be found about them in the world other than the fact that they were formed in 2006 and basically just make great new slot games.

From our experience of playing said slots online, the slots are quite simple but presented effectively, with smart gameplay and lovely graphics to boot. The slot bonuses aren’t particularly thrilling but sometimes you don’t need an endless amount of bonus games to have a good time on the slots, right?

Saucify changed their name from BetOnSoft a few years back (we definitely agree with the name change). If that’s still not dusting off the proverbial cobwebs, maybe a short list of their best online slots will help you recall:

You can play all sorts of Saucify slots, Nascash in particular, at online slots UK site Wizard Slots. 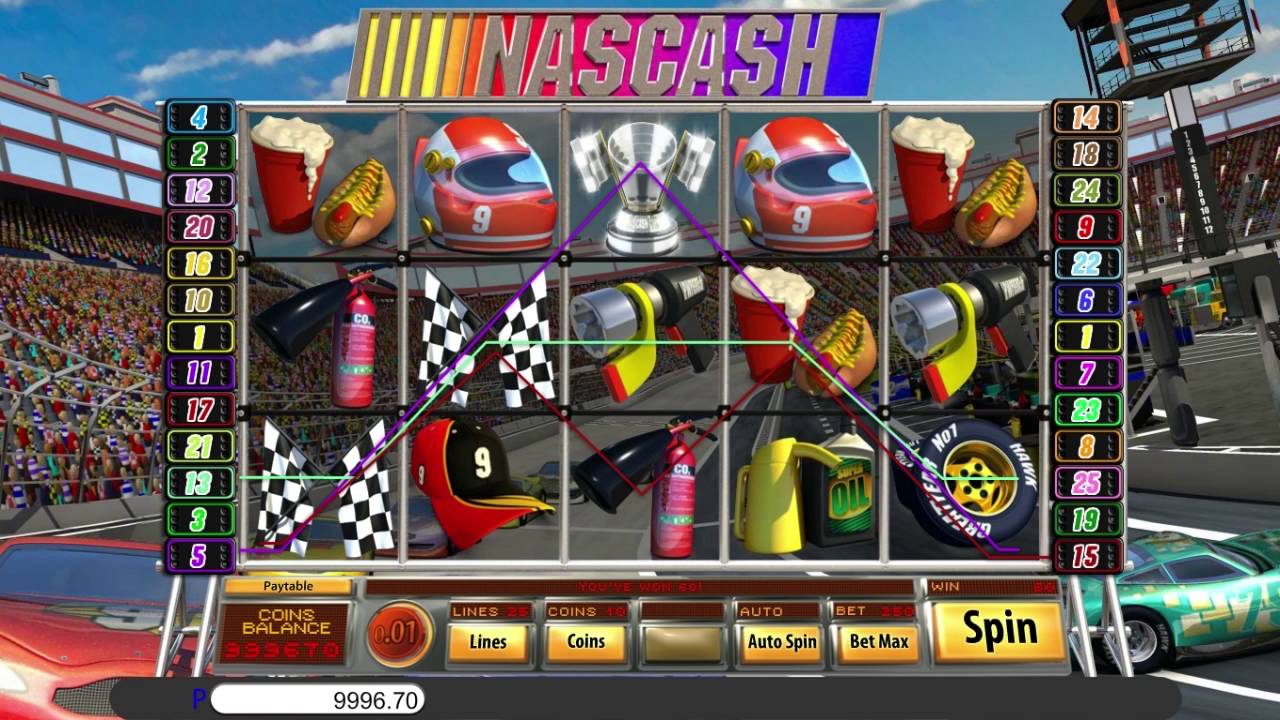 You might find the guitar melodic intervals or tire squeals that play every time you win a little bit grating after a while, much like you might find the constant 8-bar rock loop that plays throughout. Mute the game  and play something else in the background, however, and you might have some fun with Nascash.

With a standard 5x3 reel configuration and 25 paylines, this slot is pretty average in its mechanics. You can set up to 50 auto-plays using 1 to 10 coins per spin, and the number of active paylines between 1 and 25.

A little about the symbols in play here, then. The lowest is the aforementioned hot dog symbol which, upon closer inspection actually comes with a cup of popcorn. This can play between 5 and 100 coins dependent on how many are landed in sequence.

Not massive sums here when compared to the silver award which will pay up to 8000 coins, and the hostess = 10,000. 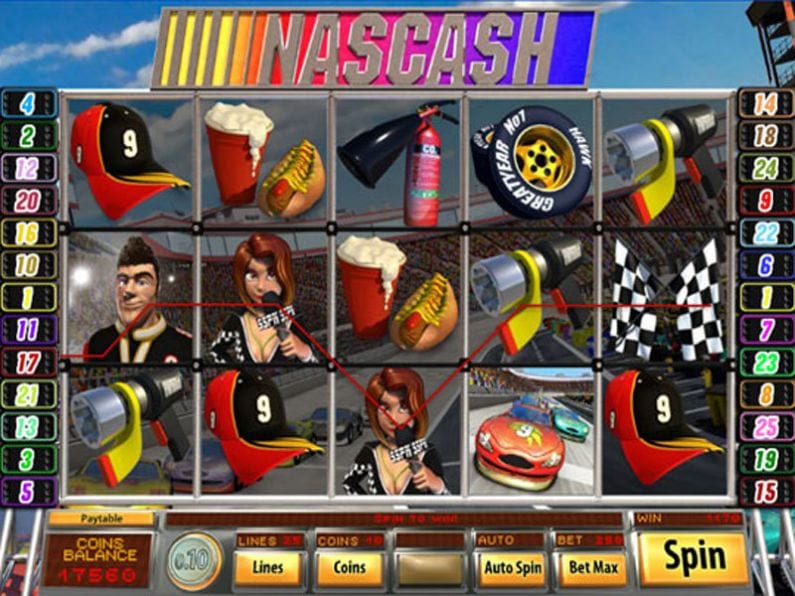 About the Bonus Features and Free Spins

Not much to say about slot bonuses in Nascash - just the one in fact. Land three scatters and you’ll be entitled to three free spins, the wins that come with which are tripled. It’s a pretty weak amount of free spins, obviously, but having a triple multiplier right off the bat is kind of cool. 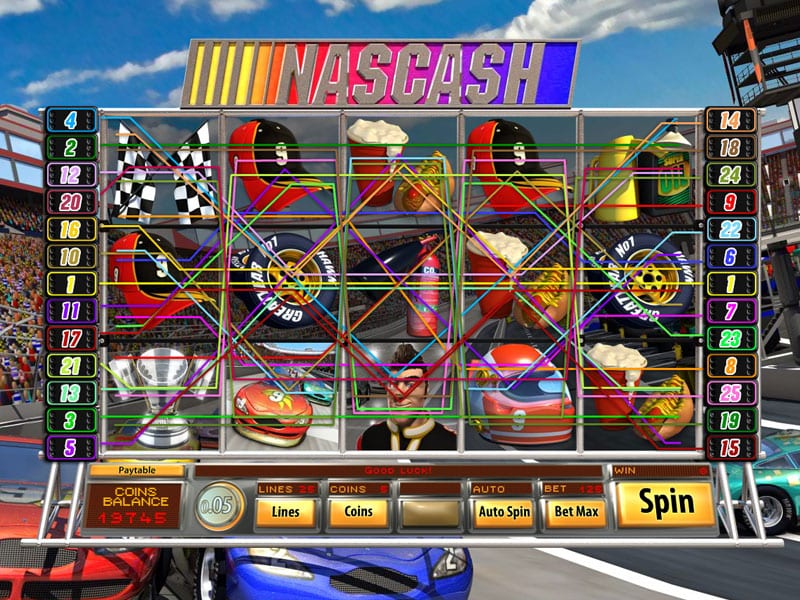 It’s free to play online, too, so you can test it out before you get racing for real money at online slots UK site Wizard Slots, and while you are here, why not try the Moose Vamoose slot?