Slot Review of Pillars of Asgard

Pillars of Asgard is a casino slots online that is filled with exciting features from the base game to the bonus game. Pillars of Asgard has a Viking theme, with an awesome Reel Rise Engine feature introduced by NextGen to increase players' winning chances.

Viking-themed online slots are everywhere, but Pillars of Asgard is way above usual, assuring you a thrilling experience encapsulated in impressive wins. The background opens the door to the Asgard temple popularly respected in Norse mythology.

Players on Pillars of Asgard slot will have to unlock the pillars and temple by scooping wins through the different features in the game. Pillars of Asgard has a Wild Multiplier features, Free Spins, Reel Rise Engine, Odin's Blessings, and the Pillar Shift Engine – all giving you a maximum win of 25,000 times your wager.

The gameplay starts with 6 reels, 4 rows, and 4096 pay-lines that all rise in the course of the game, with the pay-lines rising to 1 million in the Reel Rise Engine feature. Read more of this game in the following paragraphs as well as play it on Wizard Slots.

NextGen Gaming – the Developers of Pillars of Asgard Casino Game

Pillars of Asgard was developed by NextGen, as one of its flagship games. NextGen was established in 1999 with a knack for innovation, high-scale technology, online uk slot games, and mind-blowing themes.

NextGen has been involved in developing all kinds of casino games for other software developers, remaining in the background. NextGen has developed titles that steep in amazing features, inclusive of progressive jackpots in the iGaming industry.

NextGen has licenses in jurisdictions such as Sweden, the United Kingdom, Macau, Malta, Australia, Italy, et al. NextGen has a brand strength on social games, especially on Facebook, with a massive following from players.

The exciting thing is that NextGen's Facebook games are mostly free for players on Facebook, and can also be played for real money on online casinos. In addition to social games, NextGen has bingo games, video slots, jackpot slots, keno games, video poker, among others.

The following are some of the online slots by NextGen:

You can have access to all the games by NextGen on Wizard Slots at any time. 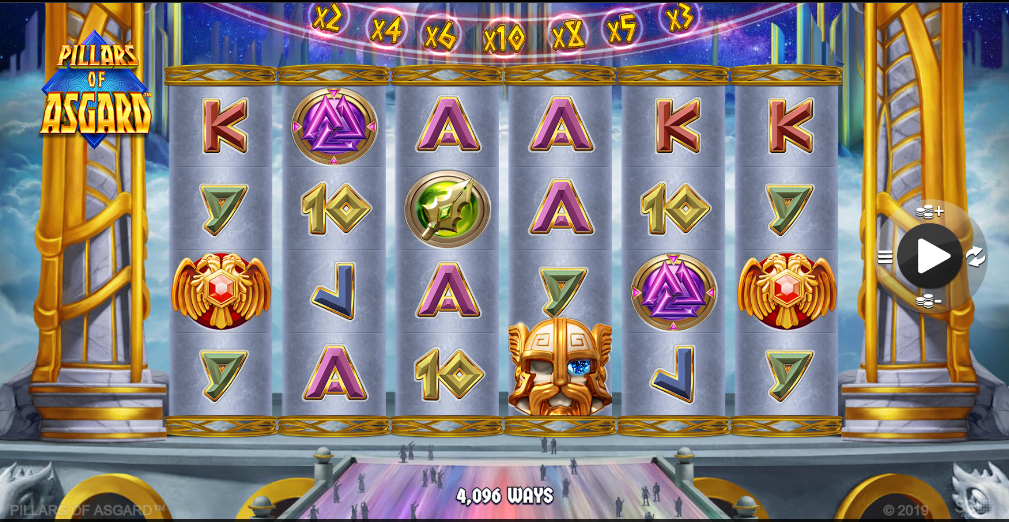 Pillars of Asgard Gameplay and Symbols

Pillars of Asgard gameplay revolves around random wild multipliers in the base game and several other features in the bonus games. The highest paying symbol is the Odin wild symbols, followed by the Golden Bird, and then the Purple Shield.

The next is the Blue Shield, and then the Green Shield. The lower paying symbols are the A, K, Q, J, 9, and 10 Card Suits designed in Germanic runes. The Odin willd equally substitutes all other symbols when forming a win with other symbols.

The wager starts from 25 Pence to 10 Pounds for every spin. You see the gameplay for yourself by playing this game on Wizard Slots today! 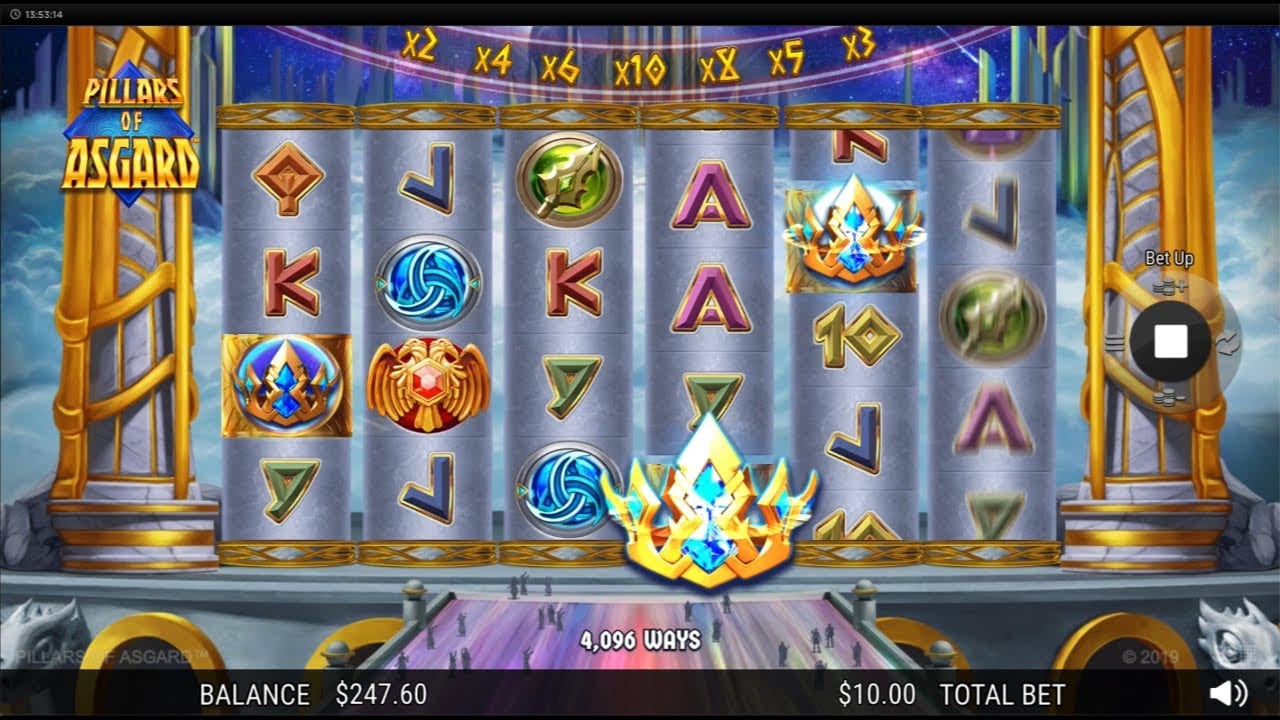 This feature is activated by getting at least 1 Odin wild symbol. A multiplier meter above the reels awards a random multiplier according to how many Odin wilds that enabled the feature.

This feature comes to life when you increase any reel to the highest point. This attracts additional 5 free spins with the scatters turning into wilds throughout the feature.

If all 6 reels entertain 10 rows (maximum), this feature is activated. This makes Odin go berserk and changes a complete reel to a wild. The wild reel then jumps from one reel to another in the free spins feature.

You can get any or all the above bonus features by playing this game on Wizard Slots now. 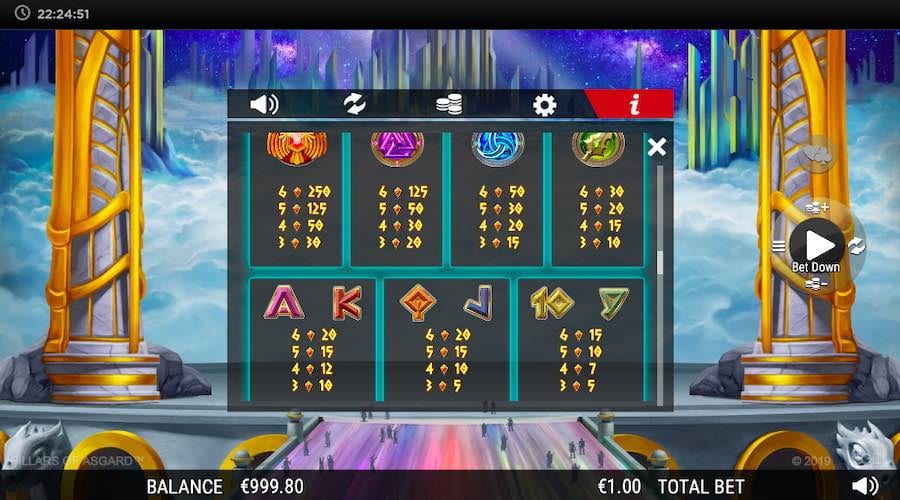 Pillars of Asgard is one of the online slots in the industry with high potentials of handsome payouts. Thus, 25,000 times wager reward is pretty great, along with a set of resplendent graphics.

We assure you of worthwhile gameplay on Pillars of Asgard. You can play now on Wizard Slots and win incredibly!  So while you are here, you might as well give the amazing Mysterious slot a spin or two!