All fans of Slingo better get ready for another mind-blowing edition called Slingo Cascade by Gaming Realms. It just hit uk slots online site Wizard Slots. It’s a pirate themed casino game that will have you benefiting from re-spins, free spins, wilds and cascading reels.

You can win several free spins during the feature and also have a chance to retrigger the feature. Cascading reels also occur regularly during the game. When a winning combination is formed, the barrels part of it explode and make room for other numbers to appear. Start your bets in this uk slot games at £0.05 to £1.00 per spin.

Gaming Realms is one of the top UK online casino software developers. They mostly focus on mobile gaming. The company started operating in 2012 and has its main headquarters in London.

They’ve enjoyed major growth over the years managing to launch offices in other places in the world, setting up the Bear Group, a company that handles real money Gaming Realms online gambling products. They also launched Blastworks, a company focused on social gaming on Facebook and other mobile platforms.

Slingo Originals operates several regulated iGaming websites like Pocket Fruity, Spin Genie and Slingo. They also have themed sites based on properties they’ve licensed, like X Factor, Deal or No Deal and Britain’s Got Talent as well as plenty of slingo titles: 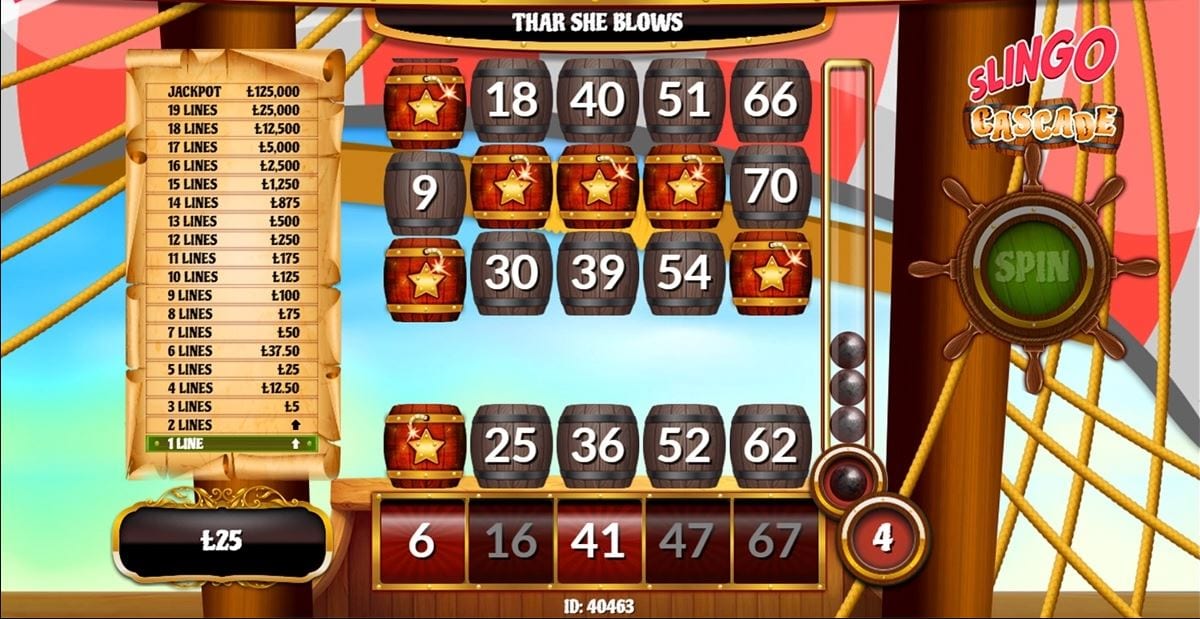 You don’t see a lot of slots online like  the Slingo Reveal slot on Wizard Slots. Slingo Cascade is set in the inside of a pirate ship. Blue-green skies act as the background image to the action in the game. The action is set on a 5×5 grid with 25 numbered barrels drawn on screen.

They’re picked randomly. The barrels turn red and explode on the reels. 5 random numbers will be drawn on a small reel under the 5×5 grid. If a number matches one of them on the grid, it gets marked with a red barrel. The goal of the game is to complete as many winning lines as you can.

The game also uses the cascading reels mechanism where any winning symbols on the playing field explode and leave a blank spot, where new symbols appear to take its spot. This could happen back to back in the game leading to more wins. If you love Slingo, you’ll see a lot of your favourites make an appearance in the game.

The joker in the Slingo game has been replaced with cherubs. Players can’t pick any of the numbers on one row to mark with a red barrel. This is the role of the cherubs that mark off 1 to 5 cells. They can complete any winning lines too. 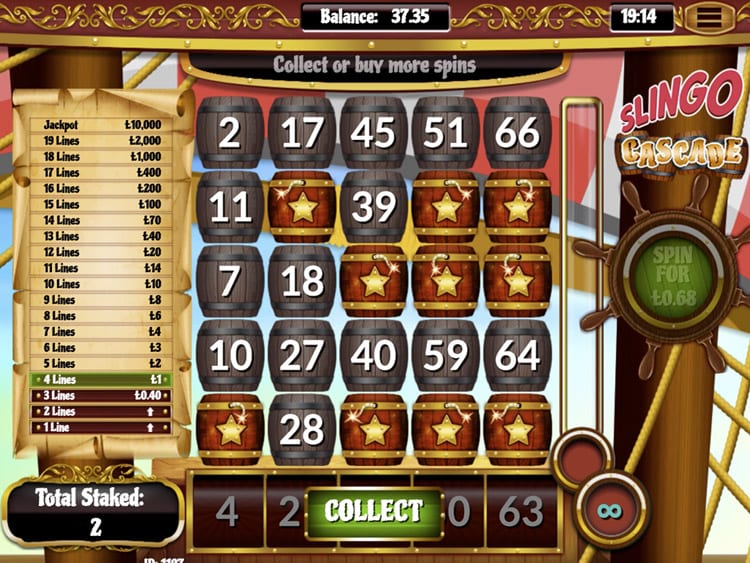 Wizard Slots the home of slots online UK gaming lets you access some pretty amazing bonuses like the ones in Slingo Cascade or Slingo Extreme slot. Some of the ones you will enjoy include; 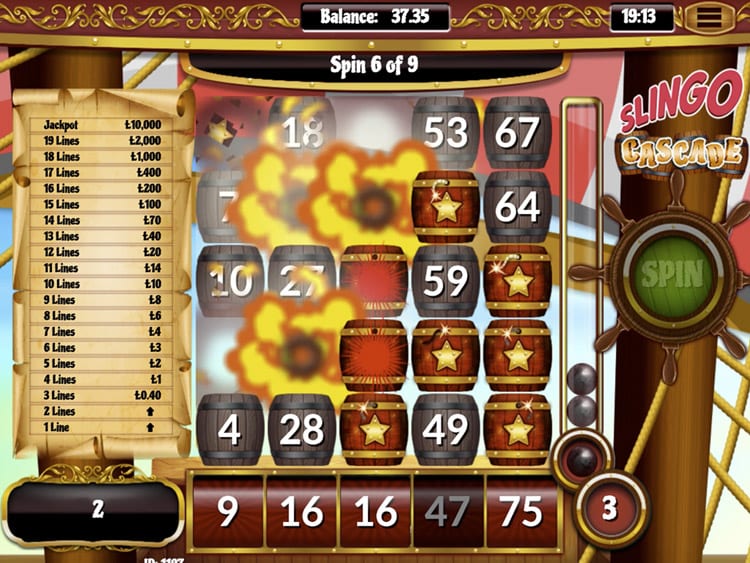 Our Verdict on Slingo Cascade

Slingo Cascade is one of the slots online UK games on Wizard Slots that you can play right now. If you enjoy Slingo, you will definitely enjoy playing this slot. The cascading reels really add some flavour to the game together with the main bonuses like the Free Spins.

You can win free spins every time the free spins symbol lands on the reels. If you enjoy a nice bingo and slot mix, there’s nowhere else to go. Individual wins are easy to come by, but hitting a huge prize might take you longer.

Don’t give up. The slot has a Return to Player percentage of 95% and the maximum wins reach £5000. For more great slots, check out the Silk Road Riches slot.