Slingo Lucky Streak is a very new slots online uk game from the stables of Slingo Originals. This game seems to be different from what many players are used to because it is a combination of bingo and classic slots.

Such a concept has turned out to be one of the pretty popular casino game combos over the years. Besides, the concept is pretty impressive, and players will surely benefit from the exciting features that will both add an additional layer of entertainment to the online slots gameplay and will likely lead to great payouts. Play Slingo Lucky Streak and other great online uk slot games right away on Wizard slots.

This developer has been in the business of bringing good quality, original casino games right to customers. Slingo is a subsidiary of the parent company known as Bear Group Limited, which is owned by Gaming Realms PLC as listed on the London Stock Exchange.

While many casino game players may not have tried online slots UK from this developer, it is not because they are a new company. The Slingo Originals software company has been in existence for over two and a half decades, and their top-performing games are a blend of slots and bingo.

The company has a fast-growing record of Slingo online casino games credited to their super talented team of designers. Below are some of the Slingo releases from this developer:

Play the games above and find other online slots by Slingo Originals on Wizard slots. 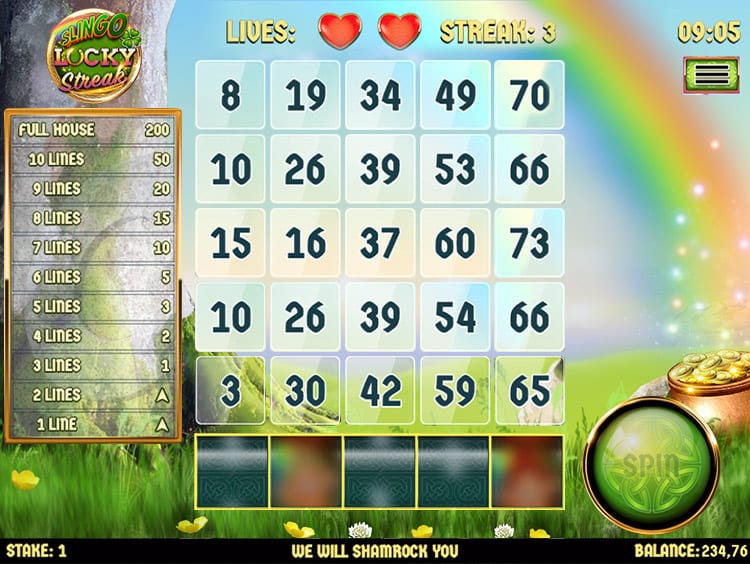 Slingo Lucky online slot stays true to the style of this developer as the design is a relatively simple one, even retro just like the Slingo Reveal slot. The Slingo Lucky Streak casino slots online come with the famous Irish theme, so players can expect nothing asides a very familiar slot setting. However, Slingo has never actually been renowned for the game's appearance.

Nevertheless, those who are fans of retro slots online won't find so much to complain about here. The general ambience of this casino game is complemented by an Irish soundtrack that is classical and plays whilst you the reels are spinning.

Besides the common bingo symbols that are available in this online slot, a couple of special symbols may also appear on the game's 5x1 grid at the bottom of the main reel set. The symbols that are least desired are the crosses, which function as blockers and do not award anything.

There are 2 other special symbols that act as the Wilds, and they are represented by green and red hooded leprechauns. The red leprechauns are the standard Wilds, which can allow players to fill up any vacant position on the respective reels, while red ones are the Super Wilds. 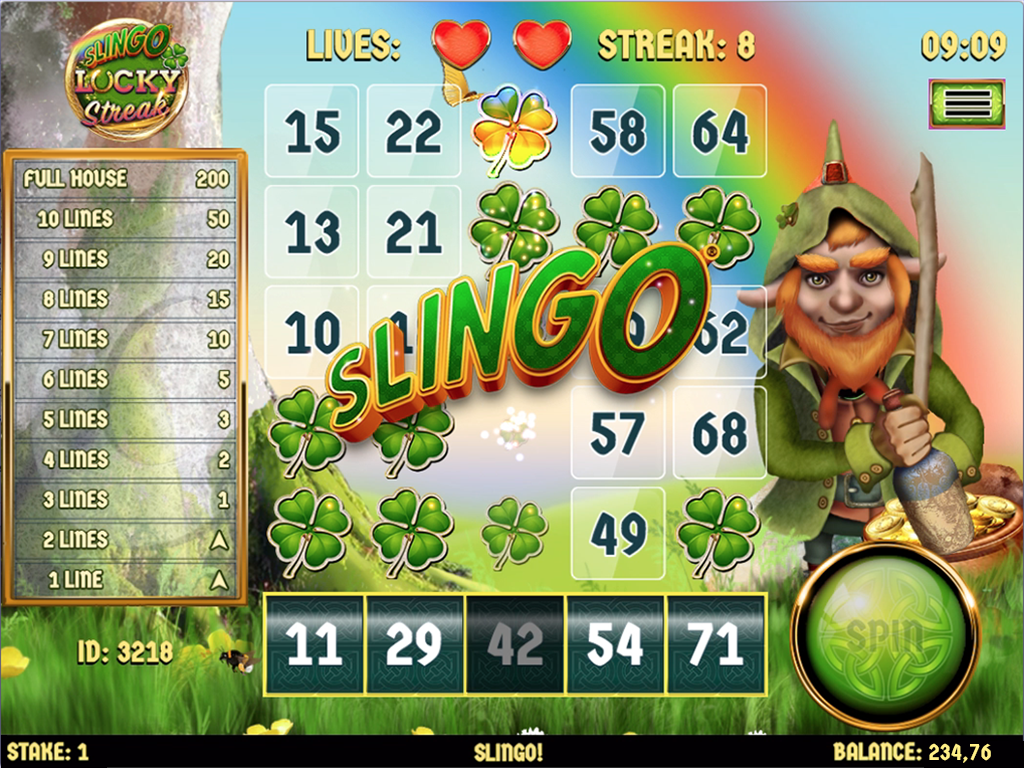 Super Wilds: When it comes to the extra or bonus features, players should not expect to find a lot of those in this online slot and bingo combo game. With the aid of the super wild, players are able to select and fill any available position of the reel set. Also, extra Wilds may show up on the grid if the leprechaun located on the right side of the screen goes on to casts his magic. The leprechaun can summon either one of both Wilds or Match a total of 3 feature, which will cover 3 random figures on the reel set.

Free Spins: The Extra Spins bonus or Paid Respins is the last feature. Once a player exhausts his lives, he or she will be able to spin the gaming grid 8 extra times for a specific value to get greater prizes.

These Slingo bonuses can be tried when you spin the reels of Slingo Lucky Streak on Wizard slot. 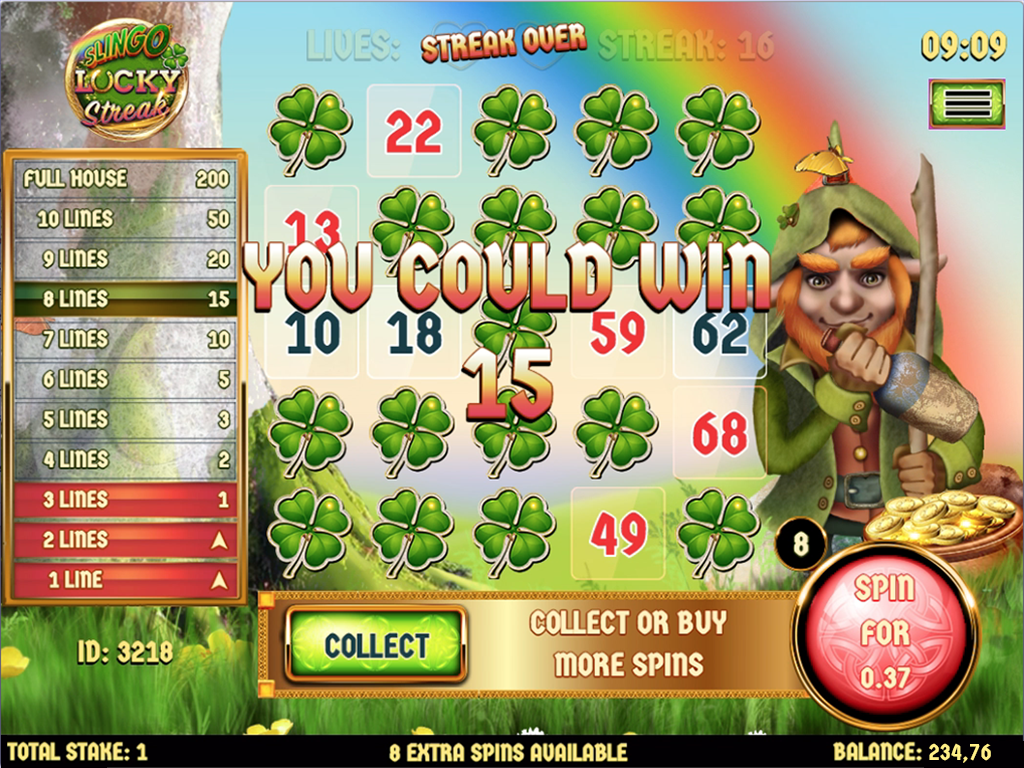 As one would expect, Slingo Originals did well with this online slot release. This online slot offers flawless aesthetics of classical retro casino game, and no one will deny the excitement that comes with the combination of classical online slots and bingo. If you are not a fan of Slingo, try other online slots on Wizard slots like Slingo Cascade slot.