Snow Wild and the 7 features

Now here is a slot game to remember. Possibly one of the best named online video slots you will find across the entirety of the world wide web - let alone Happily Ever After Land - Snow Wild and the 7 features is a must-play.

Themed around a certain popular fairytale turned Disney classic, this game uses each of the seven dwarves as a bonus feature to create an exciting, diverse and potentially very profitable slot. 5 reels and 20 pay lines can be used to conjure up your winnings, in a game where a popular tale meets a bit of rock ’n’ roll in a dive bar setting here at WizardSlots!

Developed by Red Tiger Gaming, Snow Wild and the Seven Features is an example of this developer at it’s very best.

Red Tiger has a whole host of games in the catalogue and many of them have a well-constructed narrative that makes such titles more than just a humble fruit machine. Reel Heist provides an example of such a title as, like Snow Wild and the Seven Features, it packs a really good sense of humour and great cartoon graphics, making for a really engaging and enjoyable slot game experience.

Red Tiger does both the complex and the simple very well, as evidenced by games with far fewer features like Gems Gone Wild. For more options, view our UK slot games now: 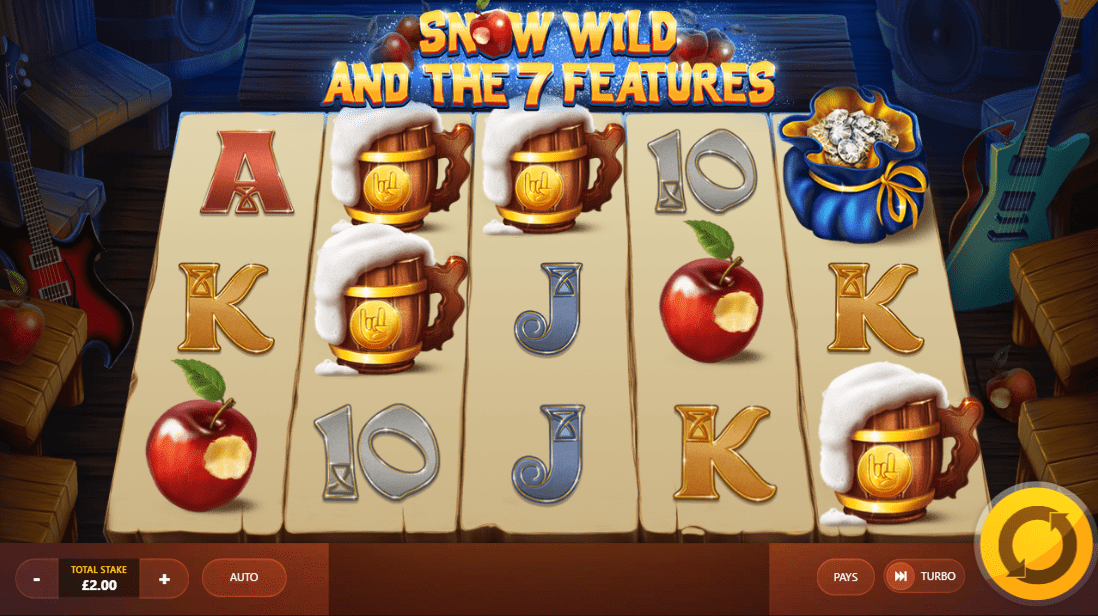 As far as online slots go, this certainly has one of the most entertaining themes around. Red Tiger Gaming has really gone the extra mile here in taking what could have been a rather predictable theme, and flipping on its head whilst feeding it beer. So if you're on a hunt for top-rated online slots with fun themes, this can be one of your options!

The backdrop to the game is a wooden floored room with drink and instruments - looks like a pretty ideal setting for some fun, in fairness. On the reels, playing cards will spin around and these represent the lower paying symbols.

The cards will spin alongside a half-eaten apple - a fine reference to the plot at hand here - as well as a load of diamonds and quite brilliantly, a stein of beer. Look out for 2 wilds as well, as these will pay 25 times your stake should you land 5 of them of a pay line.

As for bonus features, the game is packed with them as the name suggests. One for every dwarf, you’ve got Boozy, Goldy, Dozy, Sneaky, Tickly, Flash and Crazy, all of which do different things and are triggered by the character, themselves.

For example, should the wild-activated spinner land of Boozy, this dwarf will crack open beers taps that turn the whole reel wild. Or alternatively, land of the Tricky feature and he’ll trigger re-spins or multiple spins with one big sneeze. 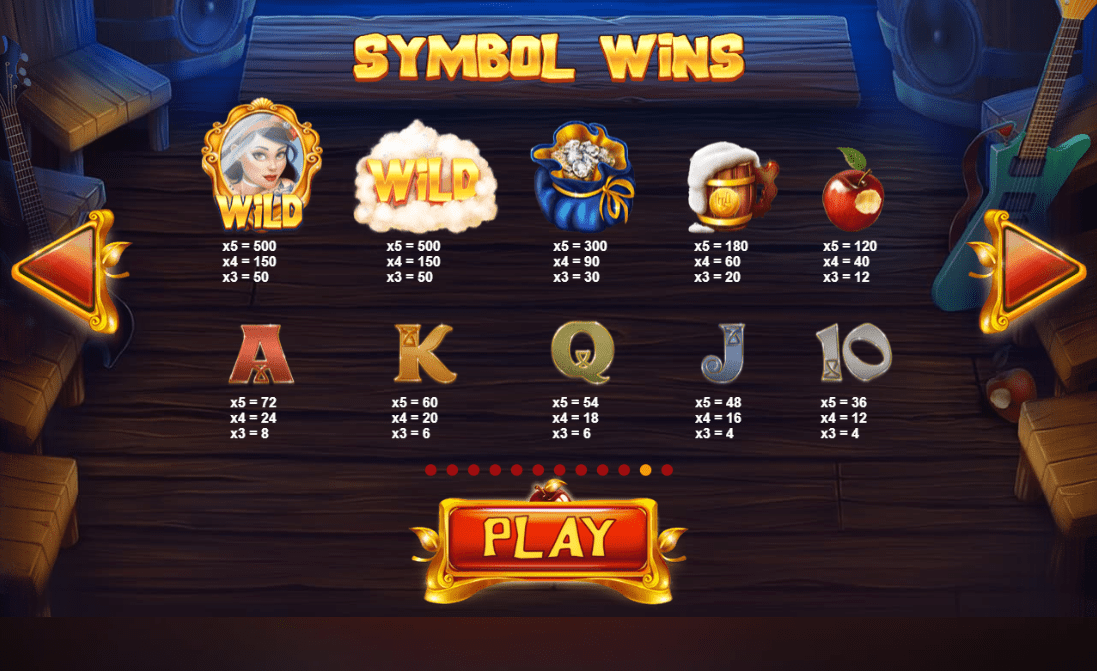 In terms of originality and fun, Snow Wild and the Seven Features is a top slot game.

The use of such a well-known fairytale draws you in but what keeps you spinning here is the unique twist that the developers have put on the setting, characters and narrative. With a small lower end of the betting scope and detailed, brilliantly crafted graphics, this is an online slot game of the very highest quality.

You can also go wild at Gems Gone Wild!