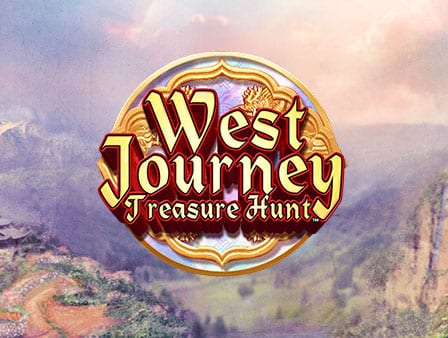 If you are looking to feel the full nostalgia of the 70s as well as relive your childhood, then look no further. You’ll glimpse all your favourite legendary characters as well as get to indulge in some free spins. For more play slots, visit our homepage.

West Journey Treasure Hunt float against a rural background- just what Sandy, Tripitaka, Monkey and Pigsy would roam in their endless journeys. These are also the symbols that will pay out the highest values together with the game's logo. The lower value symbols include playing cards J, Q, 10, K and A.

· Wild symbol -The wild is a big golden ‘Wild’ symbol that can substitute all the other symbols to form winning combinations except for the red, ornate, green and gold scatter symbols.

Get ready for an exciting experience when you play top-rated online slots like this!

High 5 Games was established in 1995 and released their 1st video slot in 2002. Their biggest milestones occurred after the arrival of the massive hit in 2008- Da Vinci Diamonds and releasing their 200th game in 2009. This propelled H5G into higher ranks in the industry. Their 2011 worldwide hit Golden Goddess brought them even more success.

The company currently has released more than 300 games available in 50+ countries all over the world. High 5 Games has developed some hit slots and sold them to other companies like IGT's Da Vinci Diamonds, which is coincidentally the company's best performing slot. Another example is Pixies of the Forest also by IGT. These slots have created an unending buzz with punters coming back for more time after time. Hot Hot Hot, produced for Bally in 1999 is still one of the company's biggest slots hits.

The games are undoubtedly popular, but it's High 5 Games’ innovative features that have endured. Their style is clearly ahead of time. They are behind the 'Tumbling Reels' innovation (Da Vinci Diamonds’ biggest feature), Split Symbols (you can see this in the slot Cats) and Super Stacks.

To be able to reach their audiences anywhere, High 5 Games has established a presence in Facebook's popular social slots arena where they've already released plenty of successful instant-play slots. High 5 Games’ Casino was named the fastest-growing online casino in 2012

Here at wizard slots there's plenty of other games from the developer.

West Journey Treasure Hunt is a weird name for a slot, but it won't matter once the reels start spinning. This slot has plenty to offer including classical artwork and an enhanced free spins feature. Want something a bit more ancient? Try Mayan Gods.