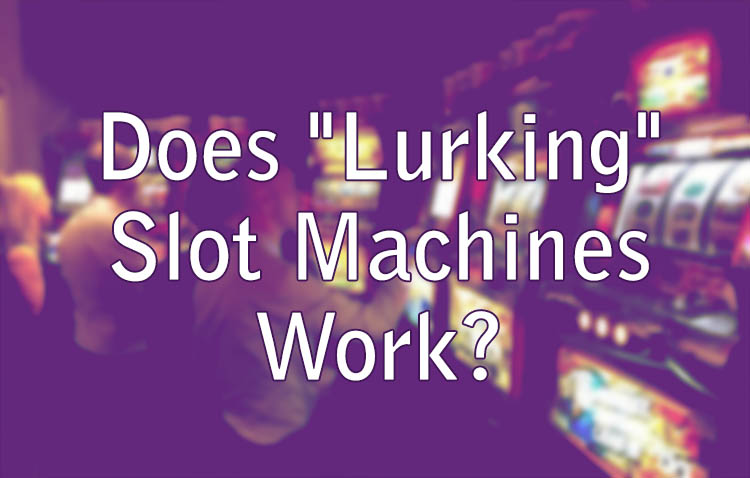 Most players may use a range of gambling strategies to play slot machines. There are countless methods to play online gambling slots out there, from the 5 Spin method to sticking to one machine.

One tactic that may be used by some players at physical land-based casinos is called “lurking”. But does lurking around slot machines actually work? Continue reading this blog post to find out!

Lurking is when players at a land-based casino watch other spinners at a slot machine, waiting for them to admit defeat and stop playing. Lurkers typically lie in wait, hiding around a corner, behind more machines, or literally standing behind the players waiting for them to give up. Those lurking believe that a potential jackpot may be possible to land after a string of losses.

Lurking around slot machine games is basically pointless because there is no way to tell when a game will hit. This is because slot games operate using Random Number Generators (RNGs) to determine random outcomes on each spin.

Therefore, it’s impossible to know when the machine will land a win, regardless of whether you’ve been playing for seconds, minutes, or hours.

Watching someone land consecutive potential losses has no impact on the game’s future spins or outcomes. So, it could be considered a waste of time to stand around and wait.

Is Lurking Illegal In Casinos?

Lurking tends not to be illegal in casinos, but it is frowned upon. Casinos usually don’t ban lurking, but they can ask you to leave for the behaviour.

Why You Shouldn't Lurk Slot Machines

You shouldn’t lurk around slot machines for various reasons. For example;

It could be considered as rude or annoying

Hovering around another player’s shoulder while waiting to play the same slot machine has the potential to annoy other players. It may also make other players sense that you’re rushing them.

Lurking slot machines may also be seen as rude because it can indicate a lack of respect for personal space. Instead, it might be better to approach, and politely ask the player if they could let you know when they’re done playing the game.

You could be asked to leave the casino

As previously mentioned, if you’re caught lurking, you may be asked to leave, or depending on the casino, you could even be banned.

Lurking isn’t generally considered to be a sound strategy to use when it comes to playing slot machines. It can waste time you could have otherwise used to enjoy your favourite slot games.

This is because games run on RNGs, so the results are random and fair for all slot players. In addition, it could get you banned from a casino. So, consider playing for fun instead of chasing an unsure win.