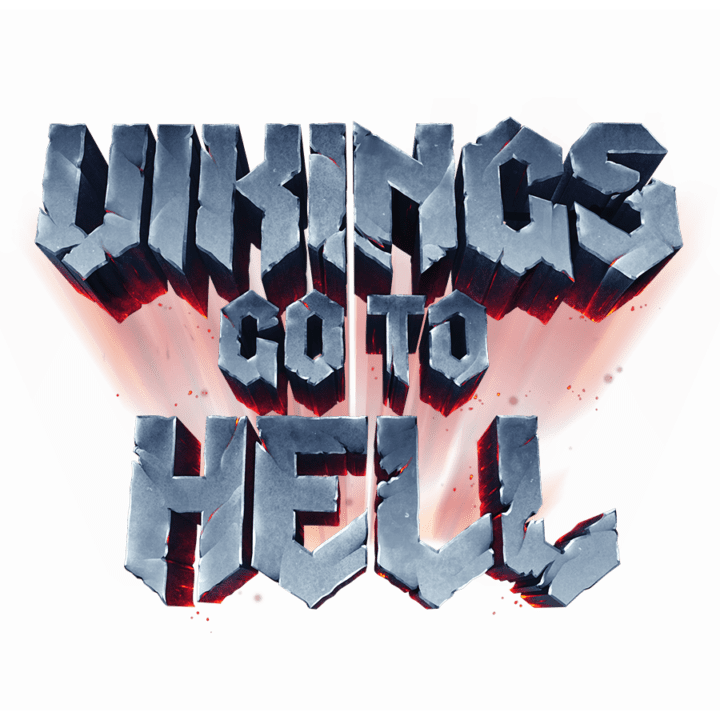 Yggdrasil are proven developers in the online casino market, flooding the market with a host of 5 star rated play slots for all types of gambler. Vikings Go To Hell, however, may just be their best slot machine yet. The premise is an outrageous blend of history and religion – the Vikings and a hellish underworld of demons. A combination that all but guarantees an incredibly compelling and interesting, so come play onlines slots today!

About this UK Slot

It must be said that Yggdrasil have an appetite for wacky themes throughout their other titles, but they have really outdone themselves here. Building on its predecessors, Vikings Go Berzek and Vikings Go Wild, Vikings Go To Hell ramps up the action considerably. As you can probably imagine the setting is that of a flaming hell, however, the special features of this online slot are far from hellish.

For instance, as well as the free spins and scatters this Yggdrasil title also has a fight feature and treasure chests that can be collected as you play. First up, the fight feature converts big win symbols into sticky wilds, these stay on the reels for one re-spin. Additionally, the treasure chests in Vikings Go Wild really increase the chances of winning away with big winnings. This feature can result in a maximum of 16 free spins, 30 rage points and 1,200 coins! Is this Yggdrasil’s best slot games yet? It’s looking likely.

At first the Vikings battle against the agents of hell just outside the gates of the infernal realm, but upon activation of the free spins mode, they will delve deep into the underworld, where more spins can be won. Now it is a question of beating two super demons, Lord of Chains in the first level and Lucifer in the second. Wins here will guarantee monster wins, up to 3000 times your initial bet in fact! A defining factor that points towards this being Yddgrasil’s best slot machine yet.

Is this Yggdrasil’s Best online Slot Yet?

What a title that would be to possess; the Malta-based developers are no strangers to a quality online slot game. Vikings Go To Hell is in good company; aside from its two prequels, there are a host of online slots that are more than worth playing. For instance here are just a few quality titles:

So to be crowned Yggdrasil’s best slot machine yet is no easy task, does Vikings Go To Hell live up to the test?

It certainly does. Where else can you play such a ludicrously themed title? Moreover, this title possesses incredibly engaging visuals, captivating sound effects and a host of lucrative features. To top it all off the 96.1% RTP is better than most online slots on the market and the probability of winning big is higher. It all points to the obvious – that Vikings Go To Hell may just be Yggdrasil’s best slot machine yet. Once again their popular Vikings series has provided excellent online casino entertainment.