Pirate Kingdom Megaways by Iron Dog Studio is another one of the many new online slots on Wizard Slots using Big Time Gaming’s popular Megaways setup.

It’s a 6 reel, up to 117,649 ways to win slot that includes features like Tumbling Reels, a free spins feature with an unlimited win multiplier and stacked reels that lock for a number of Megaways.

Stakes in the game start from 20p to £25 a spin on all iOS and Android devices.

Just like in any other industry, companies and studios make up the larger corporate family acting as subsidiaries and partners to well-known brands in the casino slot game software industry. Iron Dog Studio is part of such an arrangement. The group is one of the many brands represented by the 1X2Network.

The company is based in Hove, England. The 1x2 family combines high quality technology and classic gaming concepts that results in enjoyable slot machines offering the best of both worlds to players. Some of the games they’ve released include; 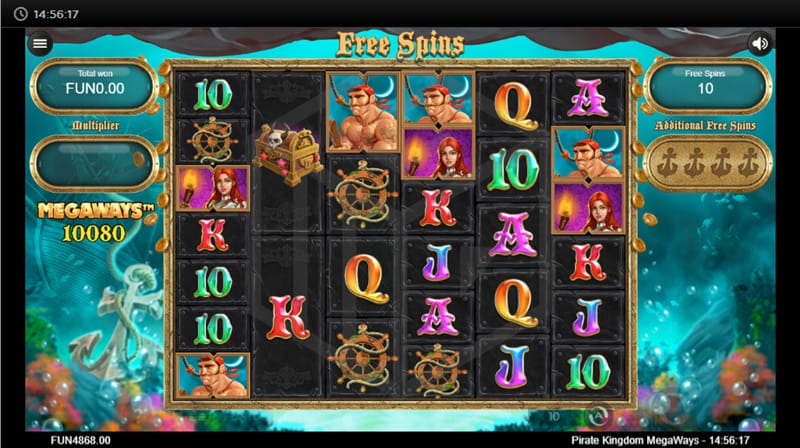 Pirate Kingdom Megaways has a pirate theme with barrels floating in the background and a pirate ship in the distance. Symbols on the reels include card values Q, J, A, K, and 10, ship wheels, a pirate captain, treasure chests, a male pirate and a busty woman.

The pirate captain rewards the highest value of 25x your bet when 6 appear on a payline. The game includes 2 pistols symbol which act as the wild in the game. The wild can substitute for all other symbols on the reels except on the 1st reel.

There’s also a x2 wild symbol that appears on all the reels 2, 3, 4, 5 and 6. Up to 3 wilds appear on one spin and if 2 or more appear on the same spin, the multiplier values will end up combining. 2 will result in a 4x multiplier, while 3 will boost your wins by 8x. 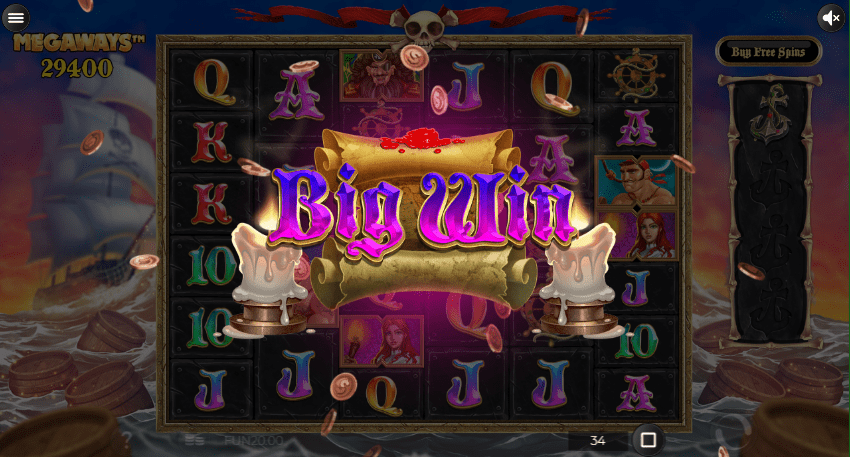 Pirate Kingdom Megaways is an awesome slot and the best part is that it is one of the new slots just released on Wizard Slots. You can end up with very decent rewards from this slot thanks to that explosive free spins feature.

It is one of the best online slots in the Megaways collection, so make sure you take it for a spin to enjoy true Iron Dog Studio action.

If you are looking for slots by a different producer, why not try out the Master Joker Slot here at Wizard Slots.