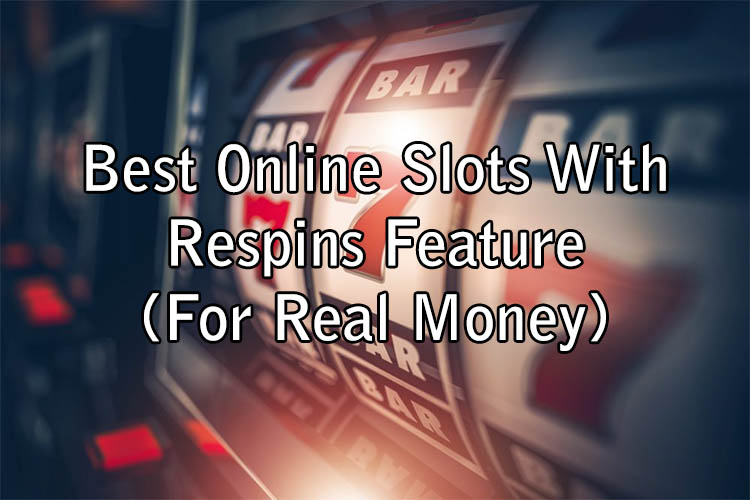 Online slots can have numerous different features. The Free Spins feature is considered the most popular, but many other features are just as exciting, if not more!

For example, slots with respins features have the potential to be rewarding as they offer the player a chance to spin again!

Read on to learn more about new online slot games with respins features and the best ones to play.

777 Rainbow Respins is an Irish-themed slot by Crazy Tooth Studio. Landing 3 scatters on reels 1, 2 and 4 triggers the 777 Rainbow Respins feature. Once unlocked, you receive 4 respins. The scatters that triggered the feature are swapped with multiplier wilds which stick to the reels until the round has ended.

Wolf Gold is a 5-reel and 25-payline slot by Pragmatic Play. It has various bonus features, including a respins feature. Trigger the Money Respin feature by simultaneously landing 6 full moon symbols on the reels. These symbols lock into place while you receive 3 respins.

Respin Rhino is a wild animal-themed slot with 5 reels and 40 paylines. Unlock the Respin Rhino slot respins feature by landing a full reel of matching gold animal symbols on the 1st and 5th reels. If activated, you receive 3 respins, while the symbols on reels 1 and 5 become Rhino symbols and lock into place.

What Is The Respins Feature?

Online slots have many features, including Free Spins and jackpot bonus features. One other bonus feature you may find in slots is the respins feature. But what exactly is it?

For example, you typically need to land a minimum number of bonus symbols on the reels to unlock a respins feature. You then receive a set number of respins, and certain symbols or reels lock or stick into place while you perform your respin(s).

What’s great about the respins feature is that the respin counter or number of lives can usually be reset, and respins may continue as long as bonus symbols land.

How Does The Respins Feature Work?

You’ll be pleased to know that most respins features are fairly straightforward! If you’re unsure how to unlock a respins feature in a slot, look at its paytable.

A respins feature is usually triggered by landing a certain number of special symbols, sometimes a bonus symbol or scatter symbol, on the reels. The requirement could be for them to land in a specific sequence or anywhere on the reels.

Although 3 respins are usually rewarded, there is potential to gain even more respins! As long as you keep triggering the respins feature, respins continue to be awarded until you have reached the maximum amount.

The other kind of respin bonus feature involves a chosen set of the same symbols being held. These chosen symbols lock into place and are transformed into other symbols.

What Are Respins In Slots?

Respins is a feature in online slots that gives players another chance to land a win by locking a particular reel or particular symbols and spinning the reels again.

How Do You Trigger The Respins Feature?

The respins feature is typically triggered by landing a certain number of special symbols. Each slot is different, so make sure to check the paytable to see how to unlock its respins feature.

Are Respins Worth It?

Of course! Respins are a great addition to online slots, potentially giving the player another chance to create a winning combination.

How Do You Know If A Slot Has The Respins Feature?

Check if a slot has a respins feature by reading our game reviews or looking at the slot’s paytable. Sometimes, the slot even has “respins” in the title.