History And Future Of Eyecon Slots 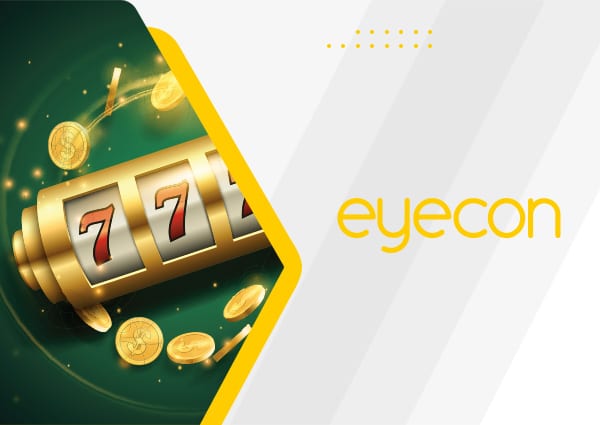 Eyecon is a name often used synonymously with the hit slot game: Fluffy Favourites. While the cutesy online slot game propelled the software developer into mainstream fame, Eyecon has actually been operating since 1997. The company started off in computer game manufacturing but has been functioning exclusively as an online casino game developer since 2003.

The software developing company has been an active participant in the online gambling scene for close to twenty years at this point. Eyecon is known primarily for its online slots free spins games, scratchcards, and bingo games. Some might even consider the company as a pioneer of sorts in the online gambling industry.

However, the company has seen considerable change throughout its existence. From being acquired by Playtech in 2017 to forming partnerships with big names such as Microgaming, here’s everything you need to know about the history and future of Eyecon.

Introduction - Where Did It All Begin?

Eyecon PVT LTD was founded in 1997 in Brisbane, Australia by a group of gaming enthusiasts who wanted to design slot games casino that would be well-received by the mass population. Soon afterwards, Eyecon released its first computer game: Gore. The game received stellar reviews and had millions of downloads within the first year of its release.

By 1999, Eyecon began shifting its focus onto the emerging online casino scene. The very first online gambling game to have been released was in October 1994. Eyecon realised that the market potential was substantial and developers quickly set to work.

However, the company took a few years before they were able to release their first online casino game. By 2003, Eyecon released their very first casino game, Temple of Iris. Temple of Iris was, and still is, one of the most popular games to have ever been released by the gaming company.

From that point on, Eyecon started functioning solely as an online casino game manufacturer. Not too long afterwards, Eyecon opened up a second office in the Channel Islands. The company shifted all major operations plus customer support to the Channel Islands. Their office in Australia became the technical team’s head office, providing technical assistance and support to other commercial offices in Europe.

The Release of Fluffy Favourites - Eyecon’s Most Popular Slot Game

From the time Eyecon had begun operations in 1997 till 2006, the gaming company was still relatively unknown amongst most online casino goers. Eyecon undoubtedly had a lot of great ideas and credible examples to back up its technical skills but the company hadn’t made a breakthrough yet.

In 2006, Eyecon released the online slot game, Fluffy Favourites. The game features cutesy symbols in a typical three-to-five styled grid with orchestra music playing in the background. However, Fluffy Favourites was acclaimed by players and critics alike for several reasons:

The name Eyecon became synonymous with Fluffy Favourites and remains the company’s most successful release to this day, being featured at most Eyecon casinos. Eyecon has since gone on to release multiple variants of the game in the ‘Fluffy Favourites Series’:

Where Can You Play Eyecon Slots Online?

Now, you could register via your PayPal account for a much more swift registering process. A short five minutes later and you’re all set up to play Eyecon Slot games plus a whole lot of other games on Wizard Slots – with up to 500 free spins (Full Ts & Cs Apply)!

With the launch of Fluffy Favourites, Eyecon was propelled to significant fame in the online gaming industry. However, the company was still relatively small compared to other gaming giants, one of which was Playtech.

Playtech is an Israel-based company that specialises in developing gaming technology specifically for the iGaming industry. By 2017, Eyecon had generated significant buzz in the online casino gaming industry to be recognized as a true competitor. Playtech acknowledged this in 2017 by purchasing the company.

According to the press release, Playtech acquired Eyecon for £50 million. Scott Murray, the founder of Eyecon, was contracted to remain with the business for at least three years as part of the agreement.

“I am delighted that Eyecon will be joining the Playtech family. Integrating Eyecon's specialist games and software with Playtech's distribution power will allow us to penetrate new markets and retain our standard of best-in-class content,” Murray noted in the press release.

Eyecon continued to develop games from 2017 onwards in mostly the same format as they had done previously. However, the partnership opened up new channels and increased their reach to better mechanics. Fluffy Favourite Megaways was created with one such mechanic provided by Big Time Gaming.

The Future of Eyecon Slots

From their official website, it’s clear that Eyecon has been keeping itself busy with multiple partnerships. Most of these partnerships are with online casinos looking to acquire games from the company, and some are with gaming developers for Eyecon to acquire their mechanics.

Recently, Eyecon has made the following advancements:

Ever since Playtech acquired Eyecon back in 2017, the gaming company has gone from a small developing company with a handful of games to a significantly popular one with access to multiple online gaming channels.

The future for Eyecon seems bright. After partnering up with Microgaming, one of the leading online gaming developers, Eyecon’s games will be released across Microgaming’s studios for even better reach.

Some of Eyecon’s most recent game releases include:

Eyecon will continue to release more games of the sort in 2021 and based on how they’ve done in 2020, it’s safe to say that the games coming out from here on will have better graphics, more bonuses, increased multipliers, and higher paylines.