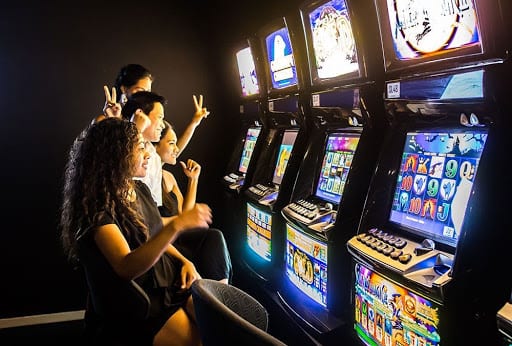 Fruit machines have a long and exciting history with the first format being produced in the 1890s, kickstarting the history of slots. Originally, fruit machines such as the Liberty Bell developed by Charles Fey were not able to produce coins at prizes, so usually the barman would offer the gambler drinks or cigarettes as a prize. Of course, over the years fruit machine in pubs and casinos matured and became more sophisticated, with a range of themes and bonus rounds available on these machines.

The advent of slot online machines has widened the possibilities for slot machines and led to a fantastic array of innovation. Despite the various developments in online slot machines’ game designs, they are very much rooted in the legacy of brick and mortar fruit machines, with many games particularly reminiscent of these older fruit machines. At Wizard Slots, we appreciate that the history of slots owes it all to these fruit machines that have lived on throughout the years. Check here the history of slots here too!

Every once in a while, a slot game comes along which really brings something different. Ambiance is a game which owes its 5x3 setup to the long history of slots and fruit machines. However, it diverges on the basis of its futuristic and original theme. As the name suggests, Ambiance is a slot game with an audio-visual, sensory element. Placed on a cosmic background, the game uses neon symbols, light trails and fireworks to present wins. The result is truly stunning, and the game’s soothing soundtrack completes this calming gaming experience.

Despite the tranquil nature of Ambiance, there is tonnes of fun to be had in the way of exciting wins. The free spins round is a great feature where free spins are awarded based on how many scatter symbols you collect. What’s more, during your free spins, two or more of the standard letter or musical note symbols will transform into wild symbols, making those winning combinations easier to land. Ambiance is hugely unique and definitely worth a spin.

Mystery of the Long Wei is a slot game from iSoftBet with a traditional Chinese theme. You can play this online slot on any device and spin away from 40p, with the maximum stake per spin being £40. The design is really eye-catching with the popping red reels placed on a mountain backdrop. The symbols are relevant to Chinese traditions and include a lotus flower as well as animals such as tigers and pandas.

The Dragon Colossal Spins feature is the main event in this overall straightforward game. If you land a dragon symbol on the first reel you will activate it and larger symbols will spin on the other reels, increasing the chance of wins. These respins continue until the dragon symbols drop off scree, as they move down one pace on the reel per spin.

Alpha Squad Origins is based around the superhero Captain Shockwave. It is an online slot game from Saucify which features 50 pay lines and comes with an auto spin feature. The backstory of Alpha Squad Origins is developed nicely with the game’s symbols; Captain Shockwave’s pre-superhero self is depicted through the scatter symbol Young Raymond. The cartoon-design is cleverly done and has a real video game feel to it. What’s more, the spin, auto spin, bet max, and other options in the game are presented as buttons which mimic the design of a traditional fruit machine, which we love to see.

Anubis Wild Megaways is an Ancient Egyptian-themed slot game from Inspired, using the Megaways setup created by Big time Gaming. The game comes with a few bonus features such as the Free Spins round where you can land between 12 and 82 free spins. During the free spins the cascading reels end but these offer plenty of excitement during the base game.

The Bonus Top Up round in Anubis Wild Megaways is particularly alluring. Once you receive your free spins you are given the option to either take them and run or gamble and potentially land a greater number of free spins. This is performed via a bonus wheel where you will hope that the pointer lands in a green section to land you the prize. If the pointer lands in the red, it’s back to the base game with your tail between your legs.