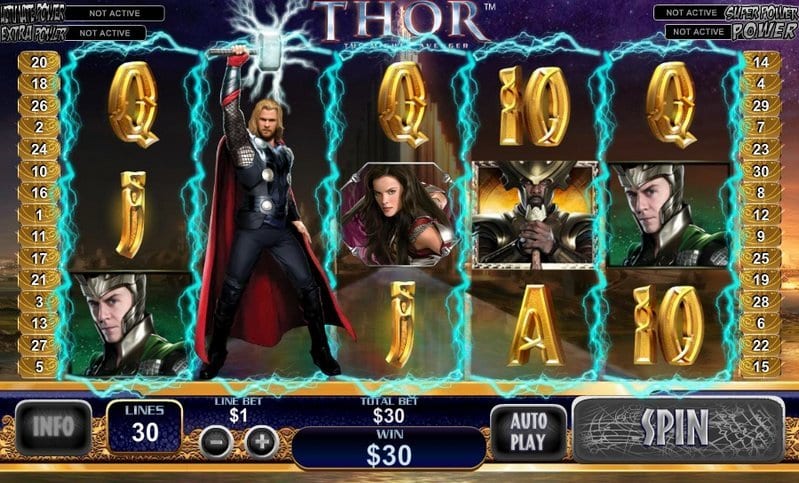 In a competitive world such as the online slots casino industry, developers are constantly looking for new ways to import innovation into their slot games. Almost every theme from fantasy worlds to everyday events have been covered in terms of graphics and animation. This is why developers are now looking into creating more exciting gameplay with better incentives and more bonus features.

This blog post will primarily be talking about the Stacked Wild feature - a relatively newer mechanic, but something that has been incorporated into over hundreds of slot games since its original release.

What Are Stacked Wilds?

Understandably enough, the chance of triggering a winning combination using a stacked wild is a lot greater than its regular counterpart. These symbols can appear on any reel, but are normally seen on reels 2, 3, 4, and 5 in slot games with an average of 5 reels.

Another important factor to consider is that stacked wilds are usually seen in games with either high or very high variance. This isn’t to dissuade low-rollers from exploring the excitement of a game with stacked wilds, but to understand the dynamics of a game with them.

Who Created the Stacked Wilds Feature?

There isn’t much information on which developer actually came up with the idea of a stacked wild, but it is fair to say that certain games popularized the mechanic more than others.

Some games feature stacked wilds in the base game while others might feature the mechanic in either the free spins round, mini-game round, and other bonus rounds.

What are Normal Wild Symbols?

A wild symbol is a symbol that acts as a replacement to any other symbol in the game or at least has the potential to replace most of them. These symbols have special characters or logos on them and are not a part of the slot’s usual symbols; the low-paying and the high-paying ones.

In a typical, three-reel slot game with one payline, the wild symbol is definitely going to be there. If a player lands two matching symbols and a wild symbol, they can generate a winning combination because the wild symbol can act as the symbol they would’ve needed to win.

Developers are using animations, video footage and sound effects to signify wilds, and with five or seven reels and multiple paylines, there are plenty of wins to be generated when a wild symbol hits the reels.

How Does a Stacked Wild Work?

Stacked wilds work in more or less the same way as expanding wilds. Stacked wilds, however, have a single symbol that falls onto the reels which then expands to fill designated spaces around it. A stacked wild might expand to fill up an entire reel or just to fill the top or bottom sections of it.

Every game has different rules attached to stacked wild symbols. These rules can be accessed in the instruction panel of the game or are displayed on the paytable. It is important to understand that stacked wilds work in different capacities in different games.

However, a general rule is that stacked wilds appear as several wild symbols that are stacked on top of one another. These stacked symbols then cover all of the reel or parts of it.

If a slot features a stacked wild symbol, it would be pretty easy to spot. Gameplays that incorporate stacked wilds usually have them placed on the same reel and feature wild symbols making their way onto other reels. This wild symbol then moves around filling the reel.

These symbols typically stand out from the rest of the game's graphics, having a coloured stripe that follows around them. Other animations include an abrupt expansion of the base wilds. Games even feature wild slots that simultaneously take up multiple rows on the same grid layout, usually showing a triumphant move whenever a player makes one during any round of the game.

Wilds will not generally be found in classic slots and will be found almost always in the best video slots online.

Mini-games are bonus games apart from the base game of a slot. These mini-games feature the theme in a more animated way. To simplify, a slot with a Wild West theme would have a one on one shootout in its bonus games. Basically, a mini-game is a part of a game that’s made to be a whole lot more exciting. Think of it as a reward for excelling in the base game.

As part of your reward, you’ll get a chance to access bonus features that include stacked wilds. For instance, while playing the game Dolphin Quest, players get to play a mini-game featuring a 3-reel slot, giving them a chance to cash out 100 to 5000 coins.

The Free Spins Round of any slot game has its own perks (as the name implies) and it goes a step further by incorporating other features and bonuses. This includes the stacked wild feature.

Free Spins Rounds are triggered when a particular number of scatters appear on the reels in a traditionally played slot game. Once the symbols appear, a player is redirected to the Free Spins Round.

Here they have the chance to play with free spins and added bonuses. Mostly, the bonus is a random multiplier or a progressive jackpot. With both of these, a stacked wild is a great feature to have to make the gameplay all the more exciting.

Several games feature stacked wild symbols. To access the following slots and many more like them with the same feature, head on over to Wizard Slots where you can choose from over hundreds of slot games.

Just create an account to access the world of limitless slots. All new players get a chance to spin the Mega Wheel wherein they can win up to 500 free spins (Full T’s and C’s Apply).

40 Super Hot is a classic slot game featuring retro symbols, funky graphics, and a good old soundtrack in the background. The game was developed by EGT, a developer that has released many slot games with the stacked wilds feature.

The flaming designs in this slot game; the background, the logo, and the symbols, are something that reminds punters of slots back in the day when they were just beginning to get popular.

40 Super Hot is a traditional sort of slot game with easy navigation, simple pay tables, and a chance to win £400,000 as the mega jackpot prize.

Slots developed by Yggdrasil are known for their ingenuity with high-quality imagery, amazing themes, and other in-game features. Big Bucks Bandit is a Megaways slot game that’s sure to get people excited with every spin of the reel.

The game has clean, crisp visuals with top-notch sounds, and an exciting design: a Wild Western Heist. The Megaways feature also gives punters a chance to make major wins compared to traditional slots with lower paylines.

Packed with free spins, respins, jackpot rewards and big wins of up to 10,000x your stake all in Big Bucks Bandit!

Sakura Fortune is a beautifully themed and creative slot developed by Quickspin. This game will transport punters into a whole new world of slot games and reels. Punters take on the character of a warrior princess as she guides them through an enchanted world.

With cherry blossoms in full bloom, dragons, and a chance to win big, Sakura Fortune has several features that make it a memorable slot game. Stacked Wilds are a vital feature when playing Sakura Fortune and you can enjoy big wins thanks to the high volatility of this casino game.

The Mongolian Empire was perhaps one of history’s most remarkable dynasties. Under Genghis Khan, the Mongolian Empire struck fear into the hearts of anyone who dared cross his path. Sword of Khan by Thunderkick will have you roving the reels in search of plunder as you join the ranks of the Asian King in his exploits to conquer the world.

A homage to the Mongol emperor, this game is highly volatile, but makes way for plundered treasures of up to 10,000x your bet, thanks to expanding symbols, win multipliers, and the main bonus game. While the slot is nice to look at, its power lies in its ability to reward those who are loyal to it.

Spartacus Megaways is a sequel to the original Spartacus: Gladiator of Rome slot by WMS. The theme here is gladiators and this stays intact. New bonus features make their way into the mix to captivate players and provide wins of up to 12,500x your total stake.

Developers and animators have taken several approaches with stacked wild symbols. They might feature them as an explosive symbol that falls onto the reels, something a bit more subtle, or anything between the two. Check out some slots, and many more on Wizard Casino.